Confronting Islamophobia in the classroom

“I hate Muslims, I’m afraid of them, when you walked into the room I was afraid.”

Making my way to the outskirts of London, I grappled with how I would deal with a class of teenagers who professed to fear and hate Muslims.

When Owen, head of education at HOPE not hate, had asked me for a favour, I didn’t expect it to end with confronting a group of students he had trouble teaching about prejudice.

Owen’s team hold workshops for schools across the UK, educating students how to challenge prejudice, discrimination and hate.

Only this class was different – the team’s initial workshop, about harmful language, hadn’t worked because the students didn’t see that there was anything wrong with hating Muslims in the first place.

Owen decided to challenge them by inviting me along, with my headscarf, my Muslim-ness and my immigrant-ness, to come talk to them.

As a journalist working for HOPE not hate, I often write about anti-Muslim hatred, but I had never faced it directly before in such a setting and never seriously engaged with someone who hated integral parts of my identity.

The fact that they were a group of 14-year-olds, hinted to be troublemakers, only increased my nervousness.

Facing the class, I was relieved to see it was a small group, no more than 10 students. After handing out paper and pens, they wrote down any questions they wanted answered about Islam.

I could already see the sly smirks as they whispered questions to one another and scribbled away.

I proceeded to tell them about myself. I talked about growing up, I talked about food, I talked about why I had chosen my job  – half doubting there would be any interest. I had a hard time remembering my 14-year-old self, but I didn’t think I’d been very interested in the lives of the adults around me.

To my surprise, my story of the big things and little things that made up my life was constantly interrupted by questions.

One boy wanted to know how I could be a Muslim if I was French. Surely everyone knew Muslims came from “that Islam country”.

Another boy asked me (obviously) about my headscarf. Could I remove it – yes, but I didn’t want to – whether I was forced to wear it – no, forcing anyone was wrong – why I chose to wear it – it was part of my faith – and why Muslim men wore turbans – those were Sikhs, not Muslims.

In some questions, I could hear the echo of the adults in their lives – “why are immigrants coming into the country and stealing our jobs and benefits?” Others sounded more genuine, based on the ‘facts’ surrounding them.

“Why do Muslims bring bombs into the country?”

“Why do all Muslims want to attack us?”

“Why can’t Muslims go back to the country they came from?”

My answer that Muslims were everywhere may not have been very reassuring, but slowly, using a mixture of humour and logic, I tackled all their questions.

I was too relieved they were curious and openly interacting with me to care how ridiculous a question seemed.

I realised that despite the show of hands at the start of the class when I had asked who had ever talked to a Muslim or an immigrant before, I was probably the first Muslim they had genuinely interacted with.

It was humbling to know that meeting this group was likely the most impactful action I’d done all month. Despite the hate they spouted, the opinions they spoke and the ignorance they held, theirs was a malleable prejudice, one that could be changed – and they seemed willing to try.

I wondered at the impact on anti-Muslim hatred in the long-term if Muslims gave talks regularly, to classes all across the UK – especially to children and students who had never met a Muslim before.

Halfway through the class and their questions, I asked who was still afraid of Muslims. A few hands were raised. I inwardly sighed.

There was a pause. “No Miss, you’re nice, it’s just the others,” a boy replied.

Well, I didn’t expect to remove all their prejudices in an hour. 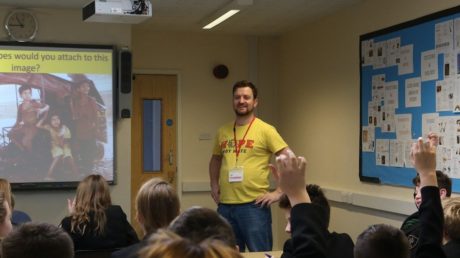 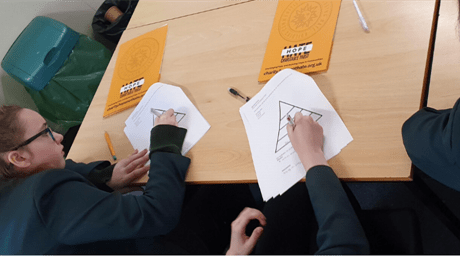 Stop the far right in their tracks

Help us challenge hatred and build communities. Your donation to HOPE not hate Charitable Trust will make a big difference

In the fight against hate, we win by working together. Sign up to receive emails about campaigns, stay up to date on the latest news, and have us send you simple actions you can take to help spread HOPE.