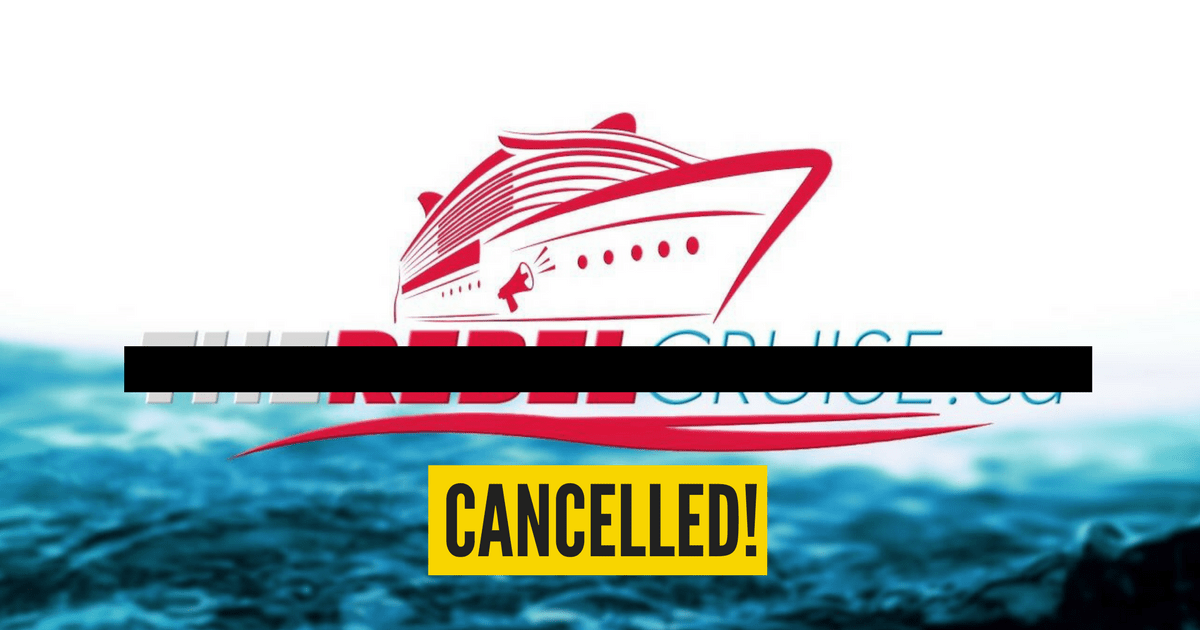 Following HOPE not hate’s campaign, Norwegian Cruise Line have contacted us to say that they have decided to cancel Rebel Media’s booking.

They released the following statement:

“We recently became aware that one of several affinity groups that booked space on an upcoming sailing was associated with and espoused views that are inconsistent with Norwegian Cruise Line Holdings core values.

The company has therefore exercised its right to cancel this group’s reservation and provide a full refund. As a matter of policy, the company neither discusses nor discloses the identities of our individual guests or groups.”

Norwegian Cruise Line’s decision is most welcome and they are to be congratulated for taking this stand against racism, sexism, homophobia and hatred of all kind.

In the current climate, this is a valuable example that companies have the choice to act responsibly and to refuse to allow their platforms to be vehicles for the normalization and mainstreaming of bigotry.

HOPE not hate will continue its fight against Rebel Media and anyone who shares their politics of prejudice.

Read our original blog on The Rebel Cruise below.

“When they go low, go lower. Mace them back, throw bricks at their head. Let’s destroy them.”

These are the words of the headline speaker on the upcoming ‘Rebel Cruise’, taking place on a ship owned by one of the world’s largest cruise holiday companies.

Last week, Rebel Media, the Canadian based far-right ‘alternative media’ platform announced a Caribbean cruise setting off from Miami in November. The week-long trip, taking in Honduras, Belize, and Mexico costs as much as $2,075 for a room with a balcony.

The Rebel Cruise will take place on the Norwegian Getaway, a ship owned and operated by Norwegian Cruise Line, who describe themselves as having “a 50-year history of breaking the boundaries of traditional cruising”.

HOPE not hate contacted the company last week to raise our concerns about them allowing Rebel Media to use one of their ships but they have, as yet, refused to act.

Who is Rebel Media?

Rebel Media is a Canadian alternative media organisation founded by “counter-jihad” activist Ezra Levant and Brian Lilley in February 2015, and boasts several of the alt-light’s (the part of the alt-right concerned with culture more than race) most recognisable figures as contributors.

HOPE not hate have written regularly about Rebel Media, including its UK branch which now employs the prominent Islamophobic activist with a long track record of violence and convictions, Stephen Lennon (aka Tommy Robinson). In fact, it is for Rebel Media that Lennon has made the extremely controversial ‘TrollWatch’ series, which involves him storming the offices of newspapers and turning up at the homes of political opponents.

However, Lennon’s ban from America means he won’t be joining the Rebel Cruise alongside Rebel Media’s most controversial host, Gavin McInnes.

The headline speaker on the Rebel Cruise is Gavin McInnes, known for his extreme online content and as the leader of the alt-right linked “Proud Boys”, set up in 2016 as a fraternal, “Western chauvinist” organisation.

According to Newsweek Jason Kessler, the organiser of the Unite The Right Charlottesville demonstration, is a “newly sworn in member of the ‘Proud Boys’”.

After McInnes distanced himself from the event in advance of the demonstration, Kessler tweeted “The VA Proud Boys that care about defending Western Civilization and people who built it will be at #UniteTheRight, polo or no.”

In the wake of the tragic events, both McInnes and Rebel Media more generally have condemned the demonstration and sought to distance themselves from the tragedy. However, such condemnations sound hollow and self-serving, especially considering the Proud Boys and McInnes himself, have a history of violence.

For example, to achieve the “fourth degree” of the Proud Boys you have to “kick the crap out of an antifa” and the group has a militant wing called, “The Fraternal Order of Alt-Knights” (FOAK), headed by Kyle Chapman (aka Based Stick Man), which is known for its violence. Associated with FOAK is Augustus Invictus, a far-right activist who was due to speak at the Unite the Right rally in Charlottesville.

But worse still, McInnes himself has, openly promoted violence against political opponents in the past, stating, “When they go low, go lower. Mace them back, throw bricks at their head. Let’s destroy them.” He has also been filmed punching an anti-fascist protestor and released a video on Rebel Media called “Fighting “anti-fascists” is fun!”.

In the wake of this weekend’s terrible events, McInnes and those that populate the more moderate wing of the alternative right – the so-called alt-light – have tried to play a double game.

They echo many of the same views as the more racist end of the movement, excuse the alt-right’s extremeness and play down their violence and sometimes even collaborate with them. McInnes himself, who claims to want nothing to do with the alt-right, has produced a video called “10 Things I hate About Jews”, tweeted about ‘white genocide’ and produced articles such as “Transphobia Is Perfectly Natural”.

The Southern Poverty Law Centre showed in detail how despite his supposed protestations regarding alt-right links, his Proud Boys have inadvertently become, “the most fertile “in-real-life” recruiting ground for white nationalists and anti-Semites within today’s organized far-right.”

But when something terrible happens like the weekend’s events in Charlottesville, McInnes (and the alt-light more generally) wash their hands of responsibility and offer hollow condemnations.

We contacted Norwegian Cruise Line for comment and they responded with the following statement:

“As a matter of policy, we do not disclose or discuss the identities of our guests or groups.  However, all guests who cruise with Norwegian Cruise Line are required to adhere to the Guest Conduct Policy while on board company vessels, which, among other things, prohibits verbally abusive or offensive language directed towards anyone onboard as well as inappropriate or abusive behaviour.”

This is a truly global operation, a publicly traded company, and one of the most popular choices of holiday destinations for many tourists in the US and around the world.

We believe they must take a stand against racism, homophobia, sexism, transphobia, and hatred of all kinds.

We are calling on Norwegian Cruise Line and their president and chief executive officer, Frank J. Del Rio to remove the platform for someone like Gavin McInnes, who legitimises and normalises the same ideas as those aired in Charlottesville, and who wants to use their services to spread his hateful agenda.