For a world without hate.

HOPE not hate strives to do what the name suggests, replace hate with hope and for 17 years we have been doing just that.

The phrase ‘HOPE not hate’ was first used on campaign material ahead of the local and European Elections of 2004. We were then known as Searchlight, a longstanding anti-fascist research operation, but after the political emergence of the BNP (British National Party) in 2001 we increasingly adopted a campaigning approach to counter their rise.

The use of the slogan came about after research we had conducted, with the support of the Joseph Rowntree Reform Trust, into why people were voting for the BNP – and also why people were not voting for them. The BNP was gaining support in white working class communities, initially in the North West and Yorkshire, and traditional anti-fascist and anti-racist campaigning against them seemed to be ineffective.

Our research was the first proper analysis of the BNP voter ever carried out and it has shaped our approach ever since. It told us that BNP voters had real or perceived grievances that needed addressing and that shouting “nazi” or “racist” at them not only failed to have much impact but, if anything, was counter-productive and only reinforced their anger. While there was obviously some racist and anti-immigrant sentiment motivating BNP voters, these were not the only drivers and were also often symptoms of a wider anger and disillusionment.

Our research showed that the BNP vote was overwhelmingly male, and that many women were put off by the BNP’s aggression and feared the trouble they could bring to their local communities. However, many of these same women were turned off by traditional anti-fascist tactics and slogans, believing they too were aggressive and divisive. These women wanted to support something positive rather than just being “anti” something.

The slogan ‘HOPE not hate’ encapsulated our positive message. It offered our hopefulness over the BNP’s hatred.

Over the next few years, operating under the HOPE not hate slogan, we pioneered a new approach to anti-fascist campaigning. We treated all voters – including BNP voters – with respect, understood that many had real or perceived grievances that needed addressing and localised our campaigning. We began producing year-round local newsletters and leaflets, allowing us to address local issues, debunking the claim that we only appeared at election time and supported local people – who were always more trusted and respected in communities than outside political activists.

We are probably best known for our campaigning to defeat the BNP in Barking & Dagenham, in east London. In 2006, the BNP averaged 41% of the vote in the wards they contested, winning 11 of the 12 seats they stood in. The party went into the 2010 election hoping to take control of the council and with it, a £200m a year budget.

Over a three month period, running up to election day, we distributed 355,000 newspapers, leaflets and letters across the borough. The mobilising of 541 people for one day of action, who together delivered 92,000 newspapers in four hours, was the biggest single turnout of any party or campaign group in the 2010 General Election campaign. Two weeks later, another 395 people helped deliver another 55,000 leaflets. The heavy defeat of the BNP in the election led to the party imploding.

While Barking and Dagenham might have captured most attention, we worked tirelessly and over a far longer period in other areas of the country, including Burnley, Oldham, Bradford and Sandwell.

One of our strengths was that we used our research to guide and inform our campaigning. After the 2001 riots, we knew Oldham was going to be a key political battleground, so, in preparation, we put three people inside Oldham BNP so we knew everything they were doing. One result was that we were able to expose their deputy organiser as a convicted rapist and armed robber. In Bradford, we persuaded the BNP organiser to become an informant against the Party, so again, we were always a step ahead of them and could direct our campaigning accordingly.

With the demise of the BNP in 2010 we were able to broaden our work. It had always been frustrating for us that our time was spent firefighting. We were doing important and vital work, but we always knew that we were holding the line rather than addressing the underlying causes. The collapse of the BNP allowed us space to step back and engage in longer term work. We set up a community organising team, which both engaged in communities most susceptible to the far right but also built community opposition to English Defense League protests. Throughout it all, our premise was to use positive campaigning.

In 2011, we produced the first of our Fear and HOPE reports, an in-depth analysis of political and cultural attitudes of people in England and Wales. These reports, and others like them, have improved our own understanding of the drivers of fear and hate and helped shape our community engagement and campaigning. Above all, this report clearly demonstrated that support for the far right was greatest in areas where pessimism was high. When people felt bad about their own situation, they were more likely to transmit that onto other people. This only reinforced our commitment to our mission to replace hate with hope.

The creation of a policy team has expanded this work further, with the National Conversation on Immigration, the Fear, HOPE & Loss report and the Hopeful Towns project being recent highlights. Our policy work has also expanded into political lobbying and engaging with social media companies in order to reduce online hate.

We have also expanded into education and training, believing it is vital to reach and interact with young people as they are developing their political and cultural understanding of the world, and to offer training to teachers and to others working with and for young people. We have used our data to specifically reach out to schools in areas that are most susceptible to far right messages and the feedback from young people, teachers and schools has been tremendous. Our education work has even been highlighted as an example of good practice by the Department of Education. We are currently expanding our education team with a new deradicalisation programme.

Research remains at the core of our work, but this has also had to change to reflect the changing nature of the far right. After 2010, the far right moved from the ballot box to the streets, but more recently has changed again through the rise and use of the internet and social media platforms. We are now increasingly facing a post-organisational far right, with individual personalities and looser alliances replacing traditional organisations and loyalties. Over the last few years we have also witnessed a rise in younger people getting involved in far right terrorist groups, with 68 people having been convicted under terror legislation since 2017 alone.

Over the last few years we have prevented terrorist attacks and disrupted several far-right terror groups. In 2017, our intelligence stopped one far right activist from killing a Labour MP.

Our research and intelligence teams remain one step ahead of the far right. We continue to be the first port of call for journalists, our published reports are well respected and our annual State of HATE report is widely seen as the single, most authoritative analysis of the British far right publicly available.

The work of HOPE not hate will always change with the times, but our ethos remains the same. While it is tempting for us to expand our remit to challenging all types of extremism, we know it is better to use our limited resources most effectively by just focusing on the far right. There will always be additional opportunities to support and assist other groups challenging hatred and prejudice, but fundamentally we must remain focused on what we know and do best.

But HOPE not hate is – and should be – so much more than this. It represents a value system, a framework for society and how we want to live our lives within that. It is about community not individuals; peace not conflict; solidarity not self-interest; respect not abuse; resilience not fragmentation; togetherness not isolation; collaboration not competition. We are passionate, committed and determined.

Over the past 18 months HOPE not hate has undergone a strategic review, which we believe will make us even more effective in meeting on-going and emerging threats. We remain committed to monitoring, exposing and challenging the far right, engaging with the communities who are susceptible to them and addressing the issues and policies which give rise to them.

A key part in doing this is through leveraging HOPE – by supporting and empowering people to build the stronger, more resilient, inclusive and hopeful communities they want to be part of, where the power of hope overcomes hate.

HOPE not hate is who we are and what we do. 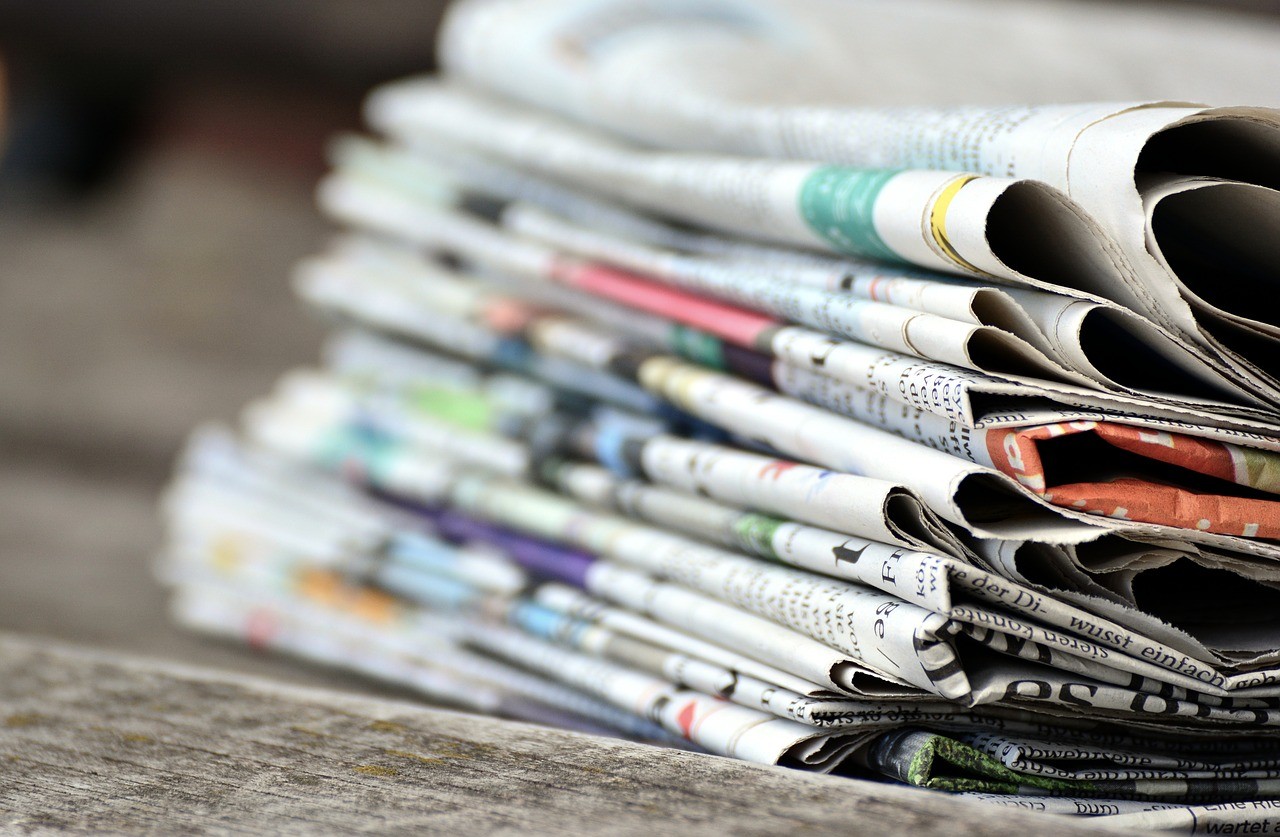 The story of HOPE not hate’s research 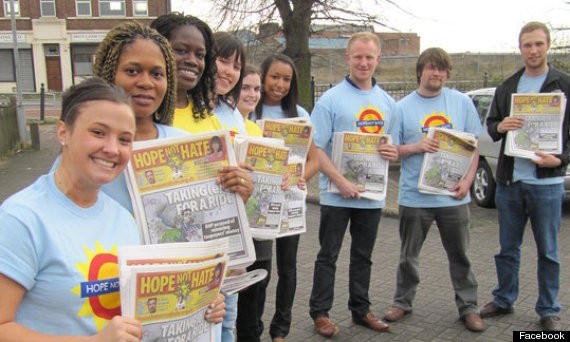 The story of HOPE not hate’s communities work

The story of HOPE not hate’s education work 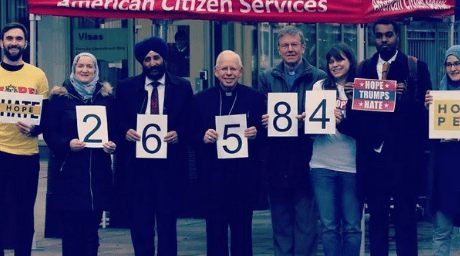 The story of HOPE not hate’s campaigning