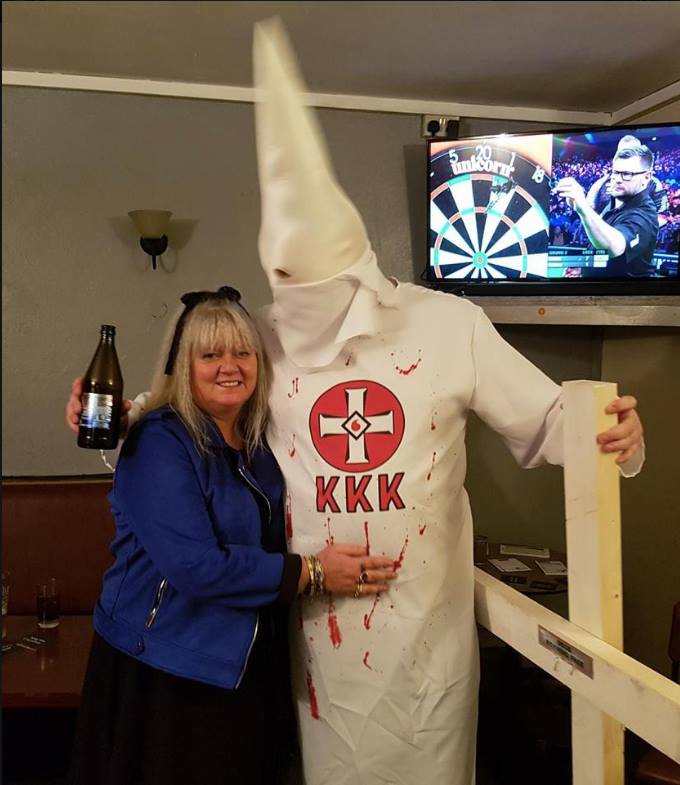 It’s not a good look is it?

Mellor was out on the tiles with her partner and newly anointed leader of the National Front, Croydon’s Tony Martin. She had her picture taken with one, presumably to ensure the Police Service of Northern Ireland (PSNI) can easily seek her out.

Who knows ,she may have information which could help with their enquiries into what Belfast Live reports is now being investigated as a hate crime.

To be honest though, Mellor should already be well known to them.

After all in September she did confess to twice attacking the local mosque.

Presumably one of those admissions relates to her 2015 claim that she tried to burn down this place of worship.

This is the mosque that her hooded friends also decided to visit on Saturday night. Mind you, the PSNI appear not to have shown any interest in Mellor’s claimed arson antics at the time. Now, though, with M15 taking control of far right anti-terror investigations, her history might prove of interest?

She also dabbled with Britain First whose leaders and small band of followers continue to exorcise the PSNI Public Prosecution Service. Sharon’s friends are being investigated by the PSNI.