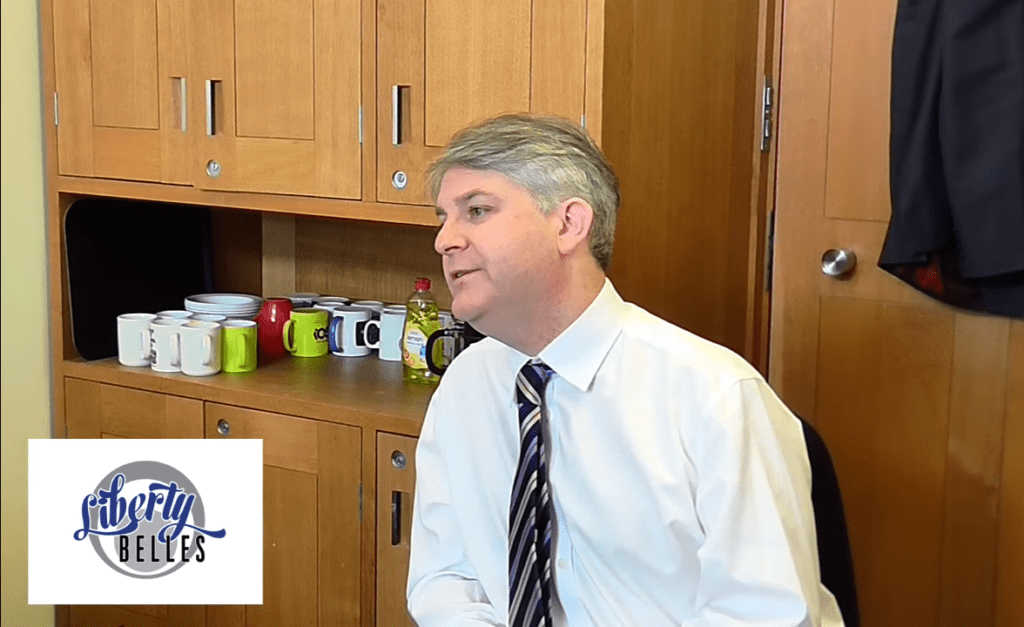 HOPE not hate can reveal that Tory politician Philip Davies, currently seeking re-election in Shipley, has been associating with anti-feminist pressure group ‘Ladies For Philip Davies’ (L4PD), members of which have connections to extreme right-wing networks.

A member of L4PD is linked to the racial nationalist London Forum, which in February held a secret meeting addressed by Holocaust denier David Irving. L4PD founding member Elizabeth Hobson is a vocal supporter of Davies and has shared platforms with some of the most prominent extreme-right figures active in the UK and overseas.

Davies’ 12 years serving as Conservative MP for Shipley, West Yorkshire, have been characterised by a seemingly endless series of controversies.

An outspoken critic of what he calls “feminist zealots”, Davies filibustered for more than an hour in order to prevent the passage of a bill on preventing violence against women, and has called for the word “women” to be removed from the Women and Equalities Committee.

Davies is also the Parliamentary spokesman for the Campaign Against Political Correctness, and was slammed in the press after bombarding the Equalities and Human Rights Commission with letters, asking chairman Trevor Phillips: “Why is it so offensive to black up your face as I have never understood this?” He also questioned the difference between the Black Police Association and the British National Party (BNP).

He is currently standing for re-election in the General Election next week. In light of such antics it should not surprise that Davies has attracted some unsavoury elements to his cause.

Davies first met with members of ‘The Liberty Belles’, an anti-feminst group consisting of Elizabeth Hobson, Natoya Raymond, Paula Wright, Catherine Kitsis and Belinda Brown, at the International Conference on Men’s Issues in London in July 2016. Davies gave a talk at the event, which was organised the men’s rights activist (MRA) group, Justice for Men and Boys, and promoted by now-disgraced former Breitbart figurehead, Milo Yiannopolous.

In March 2017 the Liberty Belles launched the sub-campaign L4PD, which describes itself as “a group of ladies who support Philip’s campaign to infiltrate the Women and Equalities Committee, change the name and make it truly work for equality for all as well as his championing of men’s issues.”

The L4PD YouTube channel was launched with a 26-minute interview of Davies by Hobson, Raymond and Wright. The group later published a picture of all five members posing with Davies outside the Houses of Parliament. Raymond attended hustings in Shipley in support of Davies on Wednesday.

Davies seems undiscerning about who he associates with, as Hobson is an emerging voice in extreme-right circles in the UK.

In February 2017 she gave a speech on “male genital mutilation” (circumcision) at the London Forum, a racial nationalist discussion group where fascists, Nazis, Holocaust deniers and other racists meet to hear speeches and discuss extremist ideas. Speaking alongside Hobson at the Forum, which is run by extreme-right veteran Jeremy Bedford Turner, was infamous Holocaust denier James Thring, prominent alt-right figure Jason Reza Jorjani, and Canadian white supremacist Paul Fromm (who was unable to deliver his speech due to disruption of the event).

“Why is [MGM] becoming increasingly acceptable in Britain and the West at the same time as the West is trying to abolish FGM? Is it something to do with certain powerful minority interests?” the London Forum blurb for Hobson’s speech said. Following her speech, Turner described Hobson as “our very own diamond”.

Hobson also spoke on the same subject at The Extremists Club in October 2016, a small monthly discussion group based in Soho, founded by Turner and prominent right-wing occultist David Parry. Raymond was seen entering an Extremists Club meeting in April, which was addressed by veteran anti-feminist and Nazi-apologist Claire Khaw, who was due to speak on the importance of establishing a one-party theocracy in the UK to eradicate the “matriarchy”.

L4PD did not respond to a request for comment on Hobson’s activities. Philip Davies’ brand of caustic, “politically incorrect” policy and rhetoric has attracted insalubrious individuals to his cause, and his involvement in the murky world of men’s rights activism has seen him rubbing shoulders with such elements. The fact that he is prepared to provide an interview to the L4PD, bringing him just a step away from the very worst UK politics has to offer, displays extremely poor judgement.

When approached for comment, Davies said: “The Ladies for Philip Davies group is nothing to do with me or my campaign.”