As we have been reporting for the last few weeks, far-right ‘Identitarians’ from across Europe, operating under the banner of Defend Europe, have secured a ship with a view to disrupting the work of humanitarian search-and-rescue NGO ships in the Mediterranean.

What we know about the ship

On June 26 Defend Europe first announced it had obtained a vessel and released an image of what it claimed was the ship. However, it was clear to us that the image had been doctored – the colour of the ship in the picture had been changed and it had been given a fake name, with a view to trolling the media.

The original picture showed a ship called ‘Heqet’, the name of an ancient Egyptian goddess who was depicted as a frog. This is clearly a reference to an in-joke popular within alt-right circles, known as ‘Kek’ or the ‘Cult of Kek’ which is a satirical religion centred on the worship of an ancient Egyptian deity depicted as a frog and/or a reference to the (in)famous Pepe the Frog meme favoured by alt-right adherents.

However, Defend Europe has since released unaltered pictures of what it claims is the ship which has been chartered. The vessel is actually a Finnish-made research ship named ‘Suunta’. It is nearly 40m long and has a gross tonnage of 422 tonnes. According to Defend Europe the ship has “a range of 3000 nautical miles”, a “place for a crew of 25”, and a “crane for RIBs [small inflatable boats]”

We have tracked down the Suunta to the port of Djibouti off the east coast of Africa, which fits in with the Identitarians own claims that their “biggest problem now is, that our ship is not on the Mediterranean sea. It needs to be transferred from a different ocean.” We believe the ship is due to depart Djibouti and arrive at Port Suez on 13 July at 03:00, with a view to travelling onward through the Suez Canal and into the Mediterranean to begin its mission. HOPE not hate is currently monitoring this ship and reaching out to NGOs who could be affected by the Identitarians’ plans. Having already hindered their funding operations, we are currently exploring all other options to make sure this ship doesn’t hamper the NGOs’ life-saving work in the Mediterranean. 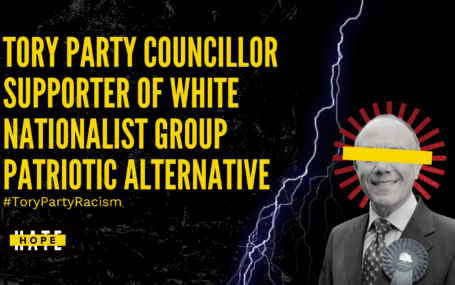