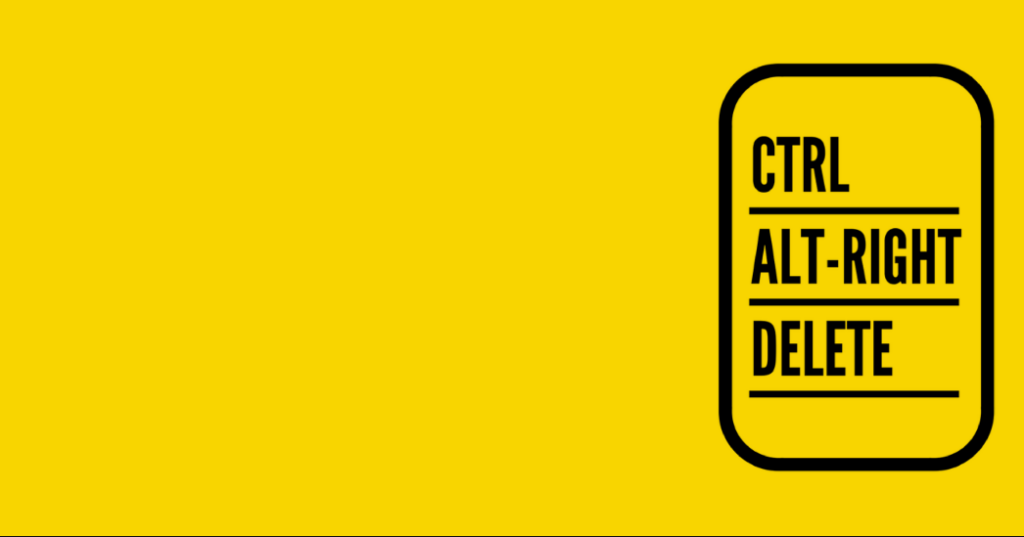 
Attendees will also hear from a range of high-profile speakers, including Donald Trump Jr. Whilst the President’s son has himself been described as acting as an “ambassador to the fringe” of far-right ideas online, he will be joined by a number of speakers who have played a major role in mainstreaming extreme views in the US.

Amongst these are Tucker Carlson, a Fox News presenter and a co-founder of The Daily Caller news site, who has gained a reputation for echoing far-right tropes on his show, Tucker Carlson Tonight. Most notably, he has helped mainstream the far-right ‘White Genocide’ conspiracy theory and has received ringing endorsements from the far right precisely for his willingness to echo their ideas, with Andrew Anglin of neo-nazi website The Daily Stormer calling him “our greatest ally”. Additionally, The Atlantic reported in September that former The Daily Caller editor Scott Greer had been a contributor to white nationalist Richard Spencer’s Radix Journal website. In December 2017 Carlson himself shared a link to an article from Red Ice TV, a white nationalist media organisation. As Media Matters’ Bobby Lewis noted, though Carlson later apologised for the tweet, he did not acknowledge that Red Ice is a white nationalist organisation, only that it was not a “legitimate source”. Another speaker who has helped mainstream such ideas is Laura Ingraham – also a Fox News presenter – who has echoed tropes popular within the contemporary far right, including notions that Americans are being “replace[d]” and that demographic change from immigration is a threat to the very existence of the US. Most notoriously, Ingraham quoted a tweet from British neo-nazi Mark Collett in January 2018, though she denied that it was an endorsement.

That TPUSA would invite mainstream figures who repeat far-right ideas or far-right support comes as little surprise when one peers behind the organisation’s own self-descriptions as moderate. Despite its claims to be a vehicle solely for students interested in centre-right economics and small government, it has faced allegations of racism amongst members, and its ties to the far right have been noted (even by other right-wing youth organisations). As the Miami New Times’ Jerry Iannelli described in an exposé of extreme far-right views amongst Florida-based TPUSA members in October, “Although [founder Charlie] Kirk and TPUSA formally denounce racism, white nationalism, and the alt-right, lower-level TPUSA members keep getting outed as racists or fans of prominent neo-Nazis”. Kirk himself just recently was the keynote speaker at the national conference of ACT for America in September, America’s biggest anti-Muslim organisation.

The proximity of ostensibly “conservative” or centre-right figures to the far right in the US (and abroad) is worryingly close at present, making events such as this – where money, power and ideologues can court young activists on the ground – central to understanding how and where mainstreaming is occurring today in practice. As Amanda Marcotte highlighted in Salon recently, whilst the fortunes of the alt-right have faded, in particular their “proto-fascist rhetorical strategies are now being broadcast on the regular from the standard-bearers of conservative media”, especially Fox News, who are represented by numerous speakers at the Summit.

We are, indeed, living through a period where such mainstreaming is perhaps easier than ever before. Elements of the far right make concerted efforts to better utilise media manipulation techniques and tools to fool journalists into giving them greater positive exposure. In addition, the far right have pushed tropes about “white genocide” and “globalists” into the mainstream and to the likes of Carlson, by perpetuating a false narrative that such ideas are benign (rather than extreme and conspiratorial propaganda) and that the censorship of them is an attack on free speech and moderate conservatives.

So common is the assumption that all views must be given an equal airing now, however harmful they may be, that a term was coined by associate of entrepreneur (and fellow courter of fringe ideas) Peter Thiel – ‘Intellectual Dark Web’ – for those in the mainstream who “dare” to approach these topics and as such have been – to a greater and lesser degree in actual fact – censored themselves. This loose cohort is represented at the TPUSA Summit by two of its core figures, Jordan Peterson and Dave Rubin.

An interesting development in the run up to the Summit has been Kirk and Candace Owens, TPUSA’s Director of Communications, recent visit to the UK. On 11 December Andy Wigmore, communications director for Leave.EU, tweeted that he had met with both TPUSA representatives (in a Cornish hotel whose owner is a vocal Trump supporter) and intimated that the organisation was “coming to the UK”. Then, on the 13 December, far-right conspiracy theorist vlogger Paul Joseph Watson appeared to have met with both Kirk and Owens when he tweeted that “Exciting things [were] about to happen in the UK courtesy of the wonderfully smart and talented @RealCandaceO and @charliekirk11”. If TPUSA has intentions to bring their brand of student organising to the UK, such moves appear to be attempts to establish a network of support this side of the Atlantic and with Nigel Farage, a close associate of Wigmore and another contributor to Fox News, lined-up to speak at the Summit, this seems all the more possible. Whilst it is unwise to speculate beyond these meetings, it is important to be aware of what might be on the minds of the the far right and their mainstream “conservative” enablers. 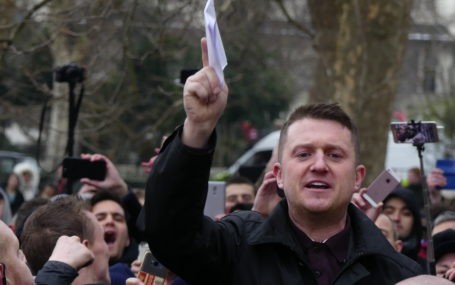 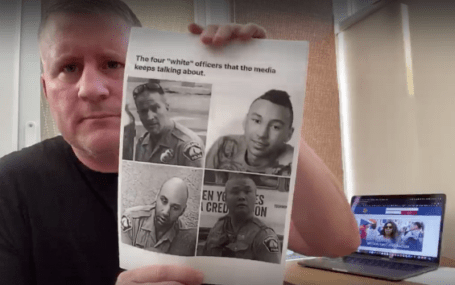