Jailed neo-Nazi Satanists were a legacy of National Action 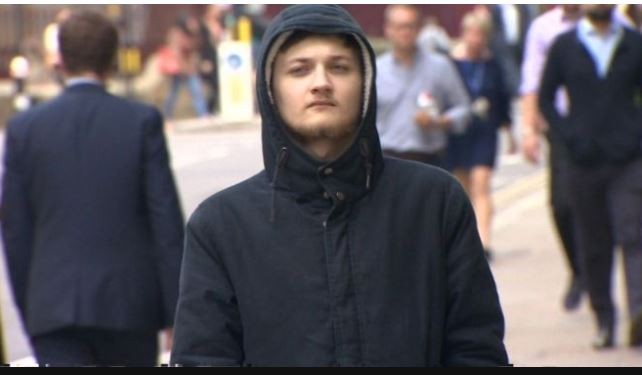 Michael Szewczuk, 19, and Oskar Dunn-Koczorowski, 18, received just over four years and 18 months respectively for organising the Nazi gang Sonnenkrieg Division (SKD), which they helped form in 2018.

The group made headlines last year when the BBC infiltrated their secret chat rooms and discovered the group were threatening HRH Prince Harry for marrying a woman of colour.

As well as their vile racism, the group (which had up to a dozen members) encouraged rape and torture of what they assumed were their political opponents. These ‘opponents’ included small children and pregnant women. Szewczuk ran a blog that called for the rape and murder of women and babies. He seemed fixated on sexual violence. They admitted two counts each of encouraging terrorism on social media. A joint count relates to posts on the Gab account for SKD, with additional counts each for their other personal social media pages – which used pseudonymsial media accounts to glorify Ian Brady, the Moors Murderer.

SKD produced a series of guides and blogs, including one titled ‘They feed you lies from the tablecloth’ with content so extreme and disturbing it is almost impossible to read.

Szewczuk, who is Polish and Koczorowski who has an Irish father and a Polish mother, cited their terror group as an ape of the American terrorist group, Atomwaffen Division (AWD).

Like National Action and Antomwaffen Division, SKD was heavily influenced and obsessed by Satanism and extremist Muslim ideology. This horrendous mishmash forms the basis of the ‘White Jihad’ ideology, the spiritual component that encourages neo-Nazis to kill and die ‘for the cause’.  In this country, both Zack Davies and Jack Renshaw, members of National Action, cited ‘White Jihad’ and described themselves as ‘Jihadis’ when plotting or attempting to carry out murders. Zack Davies, who attempted to behead a dentist in North Wales in February 2015 cited the ISIS mass murderer Jihadi John as a personal inspiration and hero.

Koczorowski was previously active in National Action. That group encouraged Satanism and ideas of rape as a weapon against opponents. Koczorowski’s obsession with the Moors murderers and the Satanic Order of Nine Angles will most likely stem from his time in NA. NA hosted the notorious Satanist and Paedophile Ryan Fleming.

Paraphernalia connected to the Order of Nine Angles and Nazism were found at the home of former National Action member and criminal Garron Helm, when he was arrested by police in 2017.

As well as encouraging the assault of vulnerable people encouraged members to worship the Moors murderer Ian Brady.

For legal reasons we cannot name further associations between members of SKD and National Action, but upon Koczorowski’s arrest in December 2018, one of the first to lament his arrest, lauding his ‘talent’ was none other than National Action’s founder Ben Raymond.

Once more we see young men going to prison for their sexual and terrorist fantasies and the people who groomed them, encouraged them and supported them are still free. There is either a huge hole in the system or something the police are not telling us about it.

The ideology of National Action survives and it has been hardened and modified. British neo-Nazis are morphing into Satanic rape gangs. Hitler is not enough for them any more.