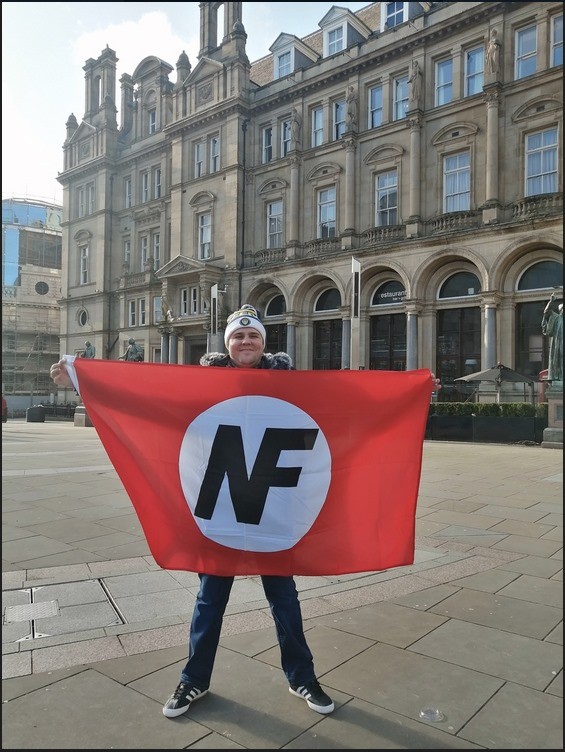 Last week I wrote a blog about Lee Parkinson, the English Nazi who made a name for himself as a leading light in the Scottish based ‘National Defence League.’

It seems Parkinson has actually left Scotland and returned to Harehills in Leeds West Yorkshire, to continue a longstanding obsession with harassing people with different political views to himself.

Before heading to undomestic bliss in in Lothian, Scotland, Parkinson spent some time in prison for headbutting a police officer while on bail a couple of years ago.

Since that elegant act, it appears Parkinson has been back in with the National Front an organisation that never ceases to amaze by the depths of desperation it will willingly sink. Indeed, Parkinson, a man of few coherent words of letters, describes not only himself as a “top boy” in the ever dwindling and decaying Nazi group, but also not a racist.

This lad is as clear as mud. Oh, and he is also a big fan of the dead fascist Oswald Mosley.

So, Parkinson is a Nazi, a fascist, a vulgar criminal thug etc, etc, but definitely not a racist. Let’s hope when Police Scotland are rounding up people next time, they remember who the racist, criminal thugs actually are.