Read HOPE not hate’s new report into Britain First, the far-right group standing a candidate in the Wakefield by-election. 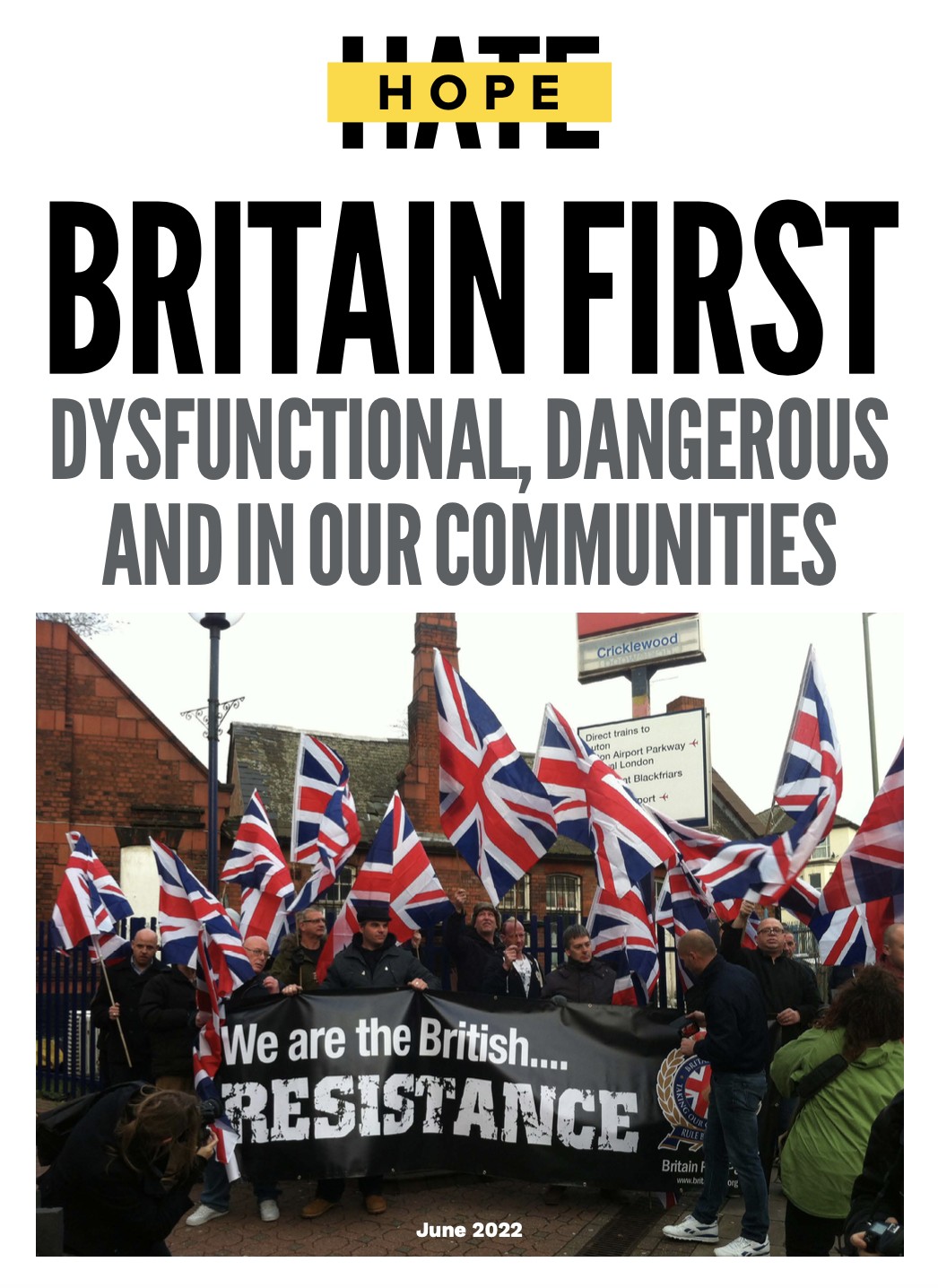 Our report, Britain First: Dysfunctional, Dangerous and in our Communities, describes how Britain First remains one of the most active far-right groups in the UK, undertaking weekly activities, such as recruitment drives, harassment of asylum seekers in their accommodation and other stunts, while also being home to criminals, racists and those with violent pasts.

As the British National Party (BNP) was in the early throes of its protracted death spiral in 2011, a small group of formerly key activists launched “Britain First”, a splinter group that they promised would be free of the flaws afflicting the BNP:

“If you are fed up of derisory election results, financial scandals, infighting and factionalism, self-inflicted media disasters, disintegration and ridicule, then your place is with us!”

The above now reads very much like a checklist of Britain First’s own manifold failures over the eleven years that have followed. However, despite the relentless infighting, financial scandals and political setbacks, the group has managed to avoid disintegration and remains an active and aggressive far-right threat to communities across the country.

Our report into this chaotic yet determined movement highlights how: