Tommy Robinson is back and just as extreme as ever 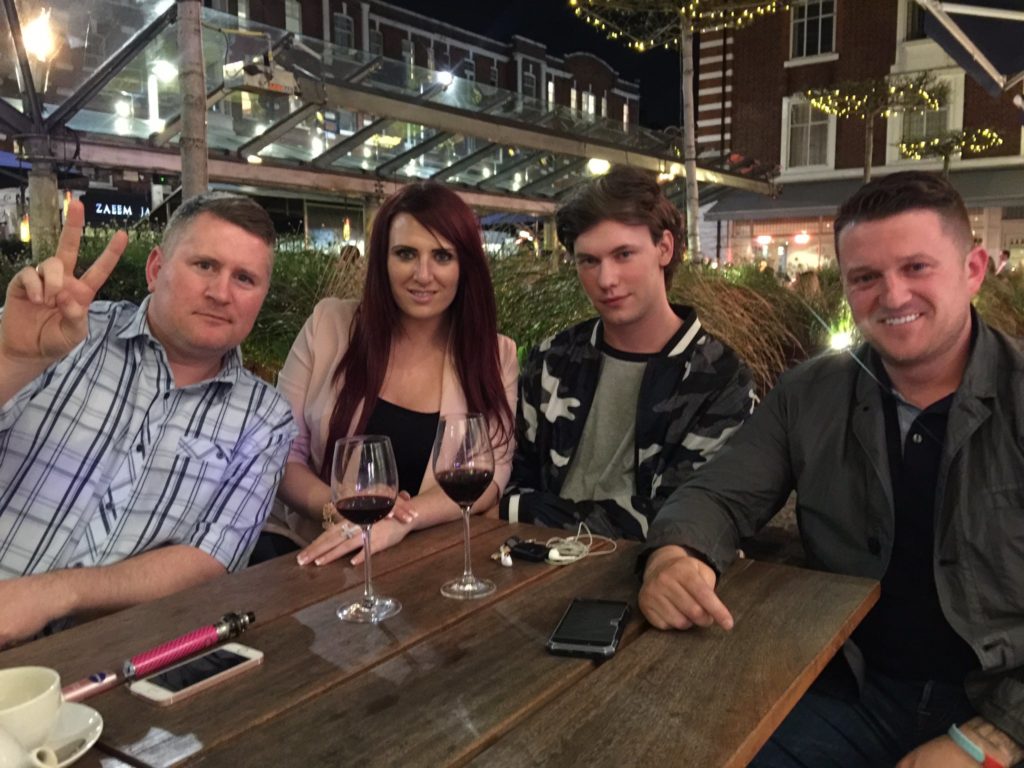 In October 2013, Stephen Yaxley-Lennon (aka Tommy Robinson) quit the English Defence League (EDL) at a highly-publicised press conference alongside Maajid Nawaz of the Quilliam Foundation.

At the time Nawaz declared that: “As well as being a very positive change for the United Kingdom, this is a very proud moment for Quilliam” and that:

“We have been able to show that Britain stands together against extremism regardless of political views and hope to continue supporting Tommy and Kevin [Carroll] in their journey to counter Islamism and neo-Nazi extremism.”

It has since emerged that Yaxley-Lennon was paid by Quilliam in what the Huffington Post called “a deal the anti-extremism think-tank coordinated so they could take ‘credit’ for his resignation.”

Now, after a brief period of contrived penance and moderation and a failed bid to launch a UK version of the German anti-Muslim street movement Pegida, Yaxley-Lennon is back to his very worst, engaging in controversial anti-Muslim activity not seen from him since his days leading the EDL.

Having been out of the public eye for a while, Yaxley-Lennon made waves again recently with a video filmed in the immediate aftermath of the Westminster attacks. Filmed by the far-right Canadian media outlet Rebel Media and featuring his new sidekick, Caolan Robertson of the marginal right-wing website The New Brit, Yaxley-Lennon’s vlog was the most viewed video concerning the attack in the whole of the UK.

As HOPE not hate recently reported, off the back off the success of this video, Yaxley-Lennon is now part of Rebel Edge, a more extreme branch of Rebel Media.

However, this development is just one among a number that show Yaxley-Lennon is back to his worst.

This week, Yaxley-Lennon appeared on the American fake-news conspiracy channel InfoWars, hosted by the British far-right vlogger Paul Joseph Watson, and appeared alongside a racist cartoon of (Prophet) Muhammad with a bomb in his turban (a version of the controversial Jyllands-Posten Muhammad cartoon). Yaxley-Lennon had scribbled the words ‘Mo-Ham-Head’ over the cartoon.

Yaxley-Lennon has appeared on InfoWars a number of times and when recently asked where he gets his news he replied: “If I look for the news, I look for InfoWars, I look for Paul Joseph Watson, I look for his take every time.”

Watson is a prominent right-wing commentator who creates content for his own YouTube channel, as well as for the Prison Planet website and the American fake news website InfoWars.com, run by the conspiratorial radio host Alex Jones. Watson is known for his confrontational style, creating conspiracy theories and his willingness to fabricate stories and manipulate facts.

According to a blog published by Fenton, Yaxley-Lennon arrived at 10pm and proceeded to bang loudly at the front door and shone high-intensity lights in his face. It seems the confrontation was halted when the police arrived.

While driving to the altercation Yaxley-Lennon made a Facebook Live video threatening his critics, stating: “Guess where I am on my way to? If you’ve been talking shit online. If you’ve been trolling. If you’ve been lying about me. I could be about to land at your front door.”

Similarly, yesterday Yaxley-Lennon then proceeded to storm the offices of a South Wales newspaper alongside George Llewelyn-John of The New Brit and Rebel Media. Llewelyn-John has published a short clip of them entering the newspapers offices and accusing the journalists of “lying about the British public” and has subsequently tweeted, “We went bigger with #TrollWatch 2! Watch @TRobinsonNewEra storm mainstream media offices & confront a lying journalist only at @TheRebelTV”. The full video of either confrontation are yet to be properly released by Rebel Media.

Recently, Yaxley-Lennon has even begun to build bridges with one of Britain’s most extreme anti-Muslim street group Britain First (BF), best known for its controversial ‘mosque invasions’. Pictures have emerged of him and Caolan Robertson having drinks with Britain First leaders Jayda Fransen and Paul Golding.

It seems that, rather than for any concern over the extreme tactics deployed by BF, Yaxley-Lennon’s previous reticence to cooperate with the group was the result of his “beef” [quarrel] with former BF leading member Jim Dowson. In a recent Q&A video he called Dowson “a grass” [informant] and then turning to the camera and addressed him directly said: “If you are watching this you are a wrong ‘un mate, an absolute snake.”

With Dowson no longer involved with Britain First, Yaxley-Lennon now seems willing to cooperate with this highly controversial anti-Muslim group.

These recent examples show that despite leaving the EDL and professing a desire to engage in wider counter-extremism work alongside Quilliam, Yaxley-Lennon has lost none of his anti-Muslim venom. After several recent spells in prison and a period out of the limelight, he seems set for a return to prominence on the UK far right.