The Far-Right ‘Alt-Light’ in the White House 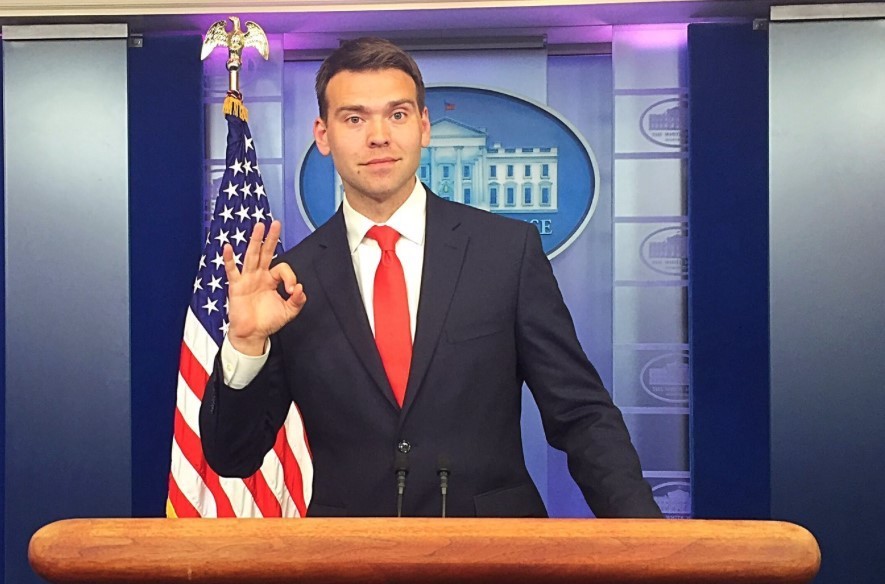 Posobiec and Rebel Media can be placed squarely in the alt-light category: while well to the right of the mainstream media and known for producing xenophobic and often misogynistic material, they reject the outright racial nationalism of the hardcore ‘alt-right’.

His presence at the White House means he joins fellow alt-light activists Mike Cernovich, Lauren Southern, and Lucian B. Wintrich in receiving credentials and once again shows the Trump administration’s willingness to embrace the radical right.

The attack was possibly orchestrated by members of a sub-forum of the anonymous image sharing site 4chan (itself following 4chan supported anti-Macron activity prior to the attack). The apparent aim was to misinform the French electorate prior to the final round of the presidential election by (according to Macron’s campaign team) mixing in fake documents with hacked, genuine documents.

The forensics analysis demonstrated how Posobiec had picked up on the news of the dumped documents early on, and analysis from Belgian academic Nicolas Vanderbiest showed how Posobiec proceeded to spread awareness of it without explaining the likely disinformation campaign.

In a video posted from the White House, Posobiec claimed he is “not a computer hacker”, yet failed to address the issue of whether his deliberate promotion of the leak was motivated by the same intentions as those of the hackers.

Posobiec has already developed a reputation for fabricating fake news as a key promoter of the ‘Pizzagate‘ conspiracy theory, and he is thought to be behind the appearance of a sign saying “Rape Melania” which was brandished at an anti-Trump protest as a means to discredit the event.

As he told The New Yorker recently: “[My aim is] to make something happen, and then cover what happens. So, activism tactics mixed with traditional journalism tactics”.

Reactionary political pundits who have disdain for the ‘MSM’ (mainstream media – an acronym popular among alt-light adherents) have recognised the lucrative potential of pursuing the alt-light line. Their proximity to an increasingly right-wing mainstream during a time of political upheaval means these once-fringe right views now have a larger audience.

Another alt-light social media personality to have gained access to the White House is Mike Cernovich, who attended a White House press briefing in April. He rose to prominence for his men’s rights activism, anti-feminism and promotion of misogynist pick-up artistry.

More recently, Cernovich focused on promulgating anti-Hillary Clinton conspiracies – such as the aforementioned “Pizzagate” and those surrounding her health – in the run-up to the US election.

Before Cernovich came Lauren Southern, a former Rebel Media contributor and author of the book How Baby Boomers, Immigrants & Islam Screwed my Generation, who attended a press briefing in March. Southern was also present at the recent violent confrontations at Berkeley between pro-Trump/alt-right/alt-light supporters and anti-fascists, and more recently travelled to Paris to cover the election.

During her visit, she also met with the French arm of the far-right Identitarian movement. Southern had previously shown her sympathies for the movement in an interview for Rebel Media with the Austrian Identitarian leader Martin Sellner.

The first alt-light anti-MSM figure to gain access to a press briefing was Lucian B. Wintrich of The Gateway Pundit in February. A profile of Wintrich and other ‘floaters’ (those who have White House press credentials but no assigned seat at briefings) in The New Yorker revealed how the Pundit’s founder, Jim Hoft, had stated that Wintrich was “there to troll” [emphasis in original].

It is also worth noting that members of the anti-MSM alt-light from this side of the Atlantic have been granted access to the White House of late. Raheem Kassam, editor of the far-right ‘news’ outlet Breitbart London, recently tweeted the following picture with an added comment that he was in “private meetings” not press briefings. When Steve Bannon, Breitbart’s former CEO, was appointed a central role in Trump’s White House team, concerns were raised about the unparalleled platform for influence this would give far-right views. Now, with the extension of media access to the White House to a fabricator and fake news pusher like Posobiec, along with a coterie of other alt-light figures, its seems – even with Bannon’s reported marginalisation – the Trump administration is still open to the far-right media.

HOPE not hate will continue to monitor these developments and stand up against the mainstreaming and normalisation of far right views. 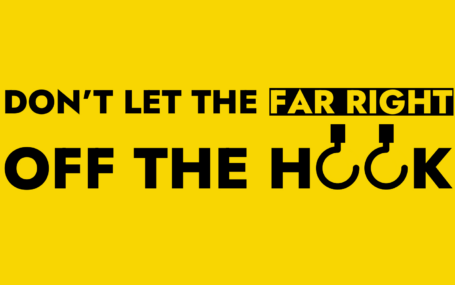 Don’t let the Far Right off the hook
Right Response