Online alt-right to use facial recognition to track anti-fascists 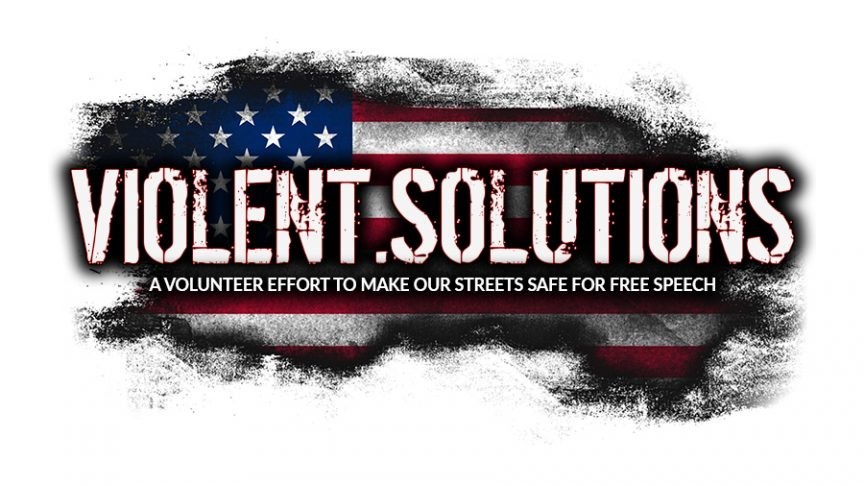 The sub-forum “/pol/” on the anonymous image-sharing site 4Chan has become intimately associated with the so-called ‘alt-right’, along with its less extreme – although still far-right – ‘alt-light’ contingent.

Levi Smith, who created the “/Pol/ News Forever” Twitter account to share content from the forum, announced in an interview last week with alt-light vlogger Brittany Pettibone that he had teamed up with analysts from the ‘Safe Streets Project’.

According to its site, the Safe Streets Project is a “peaceful volunteer effort using the VIOLENT.SOLUTIONS technology engine that allows individuals to quickly, securely, and privately identify and flag violent street rioters for prosecution”.

Smith told Pettibone that analysts will take uploaded video clips of anti-fascists and use facial-recognition software to track them down, adding that the Safe Streets Project had “contacts in most states who will then be able to make arrests”.

This development comes as violence between anti-fascists and members of the alt-right/alt-light continues to escalate.

The “VIOLENT.SOLUTIONS” behind the Safe Streets Project According to the creator of the Safe Streets Project, Ivan Throne, the project is powered by the “VIOLENT.SOLUTIONS technology engine” and is staffed by “senior military, threat intelligence, business leaders, technical, S.W.A.T. and private military contractor professionals”.

The site already allows users to file “reports”, and will soon allow them to join in a “hunt” of tracked individuals, as well as display “trophies” for other users to see. Ivan Throne is also known as “Dark Triad Man” and is associated with both the manosphere (an online subculture that promotes misogyny and pick-up artistry) and the alt-right’s anti-Islam positions.

Throne’s blog includes titles such as “10 Ways to Calculate Her Wife Value” and “Rape by Refugee: A Dark War Invasion”, which claims that “Islamic refugees marching West are rape soldiers of jihad”. He has also hosted interviews with alt-right figure Theodore Beale AKA “Vox Day”, and supported his “Sixteen points of the Alt-Right”, which includes an allusion to the white supremacist slogan of the “14 Words”. Throne, who has a blog post “How to Profit from Breakout of Deadly Political Violence”, is the latest in a range of alt-right and alt-light figures who are attempting to mobilise these movements’ members online and offline for personal gain and for the advancement of far-right views.

As HOPE not hate reported last week, members of the European Identitarian movement are attempting to raise funds and attract “researchers” online (similarly, from 4Chan)  to track and block search and rescue boats in the Mediterranean.

Before this, it was reported that Rebel Media Whitehouse correspondent Jack Posobiec was likely involved in the spreading of false documents mixed with leaked documents from Emmanuel Macron’s election campaign team, which may have originated from 4Chan.

Such actions show that the alt-right is increasingly turning to a combination of traditional direct action and modern, digital activism to subvert democratic political processes and intimidate its opponents.

HOPE not hate will continue to monitor the far-right’s use of such online tactics.