Manchester – a city of unity and simmering tensions

Manchester remains fiercely united after the recent terror attack, but deeper frictions lurk under the surface.

Manchester is united. That was the clear message broadcast to the world after the attack that claimed 22 lives – most of them children – and injured so many during a concert last Monday.

Taxi drivers rushed to get people to safety for free, local residents were offering shelter to those who were stranded, while restaurants gave away meals to the police and emergency services.

As I walked through the city and attended a vigil at St Ann’s Square two days later, this unity was still intensely apparent.

Perhaps because of the constant media coverage, I had half-expected a city frozen under the devastating impact of the tragedy and I was cautious about my visibly Muslim appearance. Instead, I found Mancunians going about their business with the famed British sang-froid, while showing a spirit of solidarity and cohesion. I was stopped four times in the same morning and asked if I was okay or needed any help (perhaps that is the usual Mancunian response).

Armed police were visible from the moment I stepped into Manchester and Mark, a train operator from Liverpool, explained: “They’ve heightened the security but that’s also for people to feel safer. We also need to have our jacket and name card always on for people around to feel safe.”

Mohammed Shafiq, a born and bred Mancunian and chief executive of the Ramadhan Foundation, said this was just what Mancunians did. “I’m really proud of how we reacted as a community. We put our differences aside, rolled up our sleeves and got things done.”

He pointed out that the EDL (English Defence League) rally that had gathered the day after the attack was “shut down” by local residents.

“Those were not activists, those were random Mancunians. The rest of the country could learn from Manchester on how to react to a terrorist attack and shut down the extremist narrative,” he said. Shafiq was spat on while speaking in Brighton, but said it “paled into insignificance when you thought about mothers losing their daughters.”

This fierce sense of unity was all the more striking as it occurred under a backdrop of raids, evacuations and increased terror threat levels as it emerged that the suicide bomber, Salman Abedi, 22, was not working alone. People I spoke to on the ground talked of the amazing response from ordinary Mancunians, but had little to say on any tensions between different communities as a result of the attack. I decided to travel further away from the very multicultural centre of Manchester to get a more nuanced picture of the situation.

Mancunians from Asian communities were very conscious of potential retaliation. Some cautioned against leaving the house in the immediate aftermath of the attack. I was told anecdotes of people being alarmed and even calling the police when they saw a neighbour wearing a traditional Arab garment or heard an Arabic word.

Sukaynah Kanno, a therapist and mother of two living near Moss Side, where Abedi used to reside, witnessed a police raid on a neighbouring house days after the attack.

“I was panicked,” she said. “I was thinking, I’m a Muslim, living in the same street; the arena [where the attack happened] is 10 minutes away, what if the neighbours think I knew something? You can’t blame them for hating you, they’re just as scared – it’s been a crazy week,” she said.

Kanno was born in Manchester and has suffered anti-Muslim attacks before – her father’s business was even lost to a racist arson attack in the past. “Weirdly, you just accept this level of danger. I decided to just go about my day but the event I had planned for months with some other mothers got cancelled as some were too worried to go out,” she said.

When I stumbled upon Muhammad Anwar, a psychotherapist, he was on his way to create a pop-up shop to tackle trauma caused by the attack. Along with other volunteers, they had organised for professionals from Israel to give training in dealing with the aftermath of such an incident, with easyJet agreeing to fly them in free of charge.

Anwar lives in Moss Side and as a Muslim convert from the white community, he is sensitive to underlying tensions. “You have neighbours who’ve known each other for 15 years now shouting insults and blame. It’s bubbling under the surface and there will be a flashpoint,” he said.

Anwar believes the tension caused by the attack is not receiving any media attention because certain communities do not want be under the microscope. “Some people are also scared of tarnishing the name of Islam,” he said.

The police have reported a spike in hate crimes after the bombings, including an arson attack on a mosque in Oldham,  an area widely known for the urban violence that erupted in 2001. Fahim, who works on community cohesion, has lived on the same two streets in Oldham his entire life. He said the race riot label has become stale. “We have a whole generation of youth born after the riots and yet, the stigma still exists. Every time Oldham is mentioned, the riots are.”

Fahim said tensions between white and Asian communities have steadily improved since then. “There are areas that I wouldn’t have dreamt of walking through as an [Asian] child, and now some [Asians] are living nearby,” he said. As I passed through the streets in Oldham, it was easy to spot the segregated communities and the more modern areas housing overlapping communities where children of all backgrounds played outside.

Mike Luft, another resident and part of the Oldham United Against Racism group, told me that despite two of the victims coming from Oldham, “the majority [of people] understand and it’s surprisingly heartening – the city had come together in condemning [Abedi], he didn’t have the right to be called a Muslim.”

Among the Muslim community, publicly denouncing the attack is a divided issue. Some argue that calling out “Not in our name” and other such slogans appeared defensive and should stop. Others believe that the constant repetition has had a positive effect and should be continued. “In Oldham, we feel less apologetic for what people have done in our name. In the early days we were defensive whenever IS did something, but now we’ve disconnected ourselves from them,” Fahim said.

While some in the Muslim community may have stopped feeling defensive about supposedly sharing the same religion as Abedi, there was a general sense of helplessness over what to do in the aftermath of such an atrocity, and also in how to prevent it. I saw a range of attempts at positive responses, from children preparing messages for vigils to stalls explaining Islam and a blindfolded Muslim asking for ‘trust’ hugs in the street.

Fahim shook his head when I asked him about preventing future attacks.

“I have no clue. We can do all the cohesion events we want, but that wouldn’t have stopped the guy. I don’t know what would.” He did point out that mosques in Oldham were each living in their own little circles and needed to reach out to the wider community.

Shafiq also called for more coordination between Muslim organisations – “part of the problem is that we all work in our little bubbles”. He said Muslims needed to come together to talk about radicalisation. “Why do we still have young people being brainwashed? I think there is both a political and religious dimension – some people think it’s okay to use violence when we know it’s haram [forbidden],” he said.

Anwar believes the key to reducing tensions on the ground is to target behaviours and get communities acting. “Both sides need to learn about their behaviour as both are running on automatic thinking at the moment,” he said. “There’s an intergenerational drip of intolerance that doesn’t get broadcast at the moment.”

At a National Conversation immigration panel organised by HOPE not hate and British Future in Manchester last week, the fact that Abedi was a born and bred Mancunian worried people, as did his connection to the Libyan diaspora in Manchester.

“I probably would have a more positive response [on immigration] if it wasn’t for what happened on Monday, if the truth be honest… It’s out of control now,” one person said.

It is perhaps easy to fall into the trap of reducing the city and all its complexities to the attack last week. But as I walked through the streets of Manchester, I realised the national media coverage had created a skewed perception of the reality on the ground.

There is no one narrative in Manchester and surrounding ourselves with an echo chamber of positivity is dangerous. Fears and concerns over the attack and integration must also be listened to.

Manchester after all includes both the neighbours shouting blame and the intense unity displayed by residents, it includes communities simmering with intolerance but also the young Muslim girls I saw handing out roses near Moss Side. 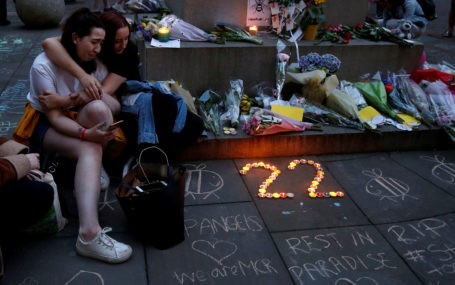 How do we tackle the extremist threat?
Updates 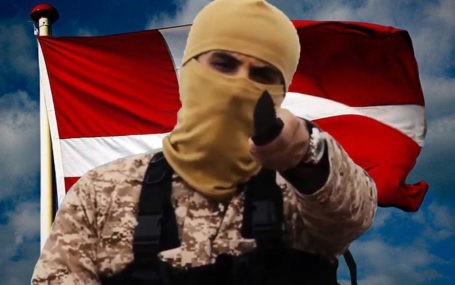 You can't legislate your way out of terrorism