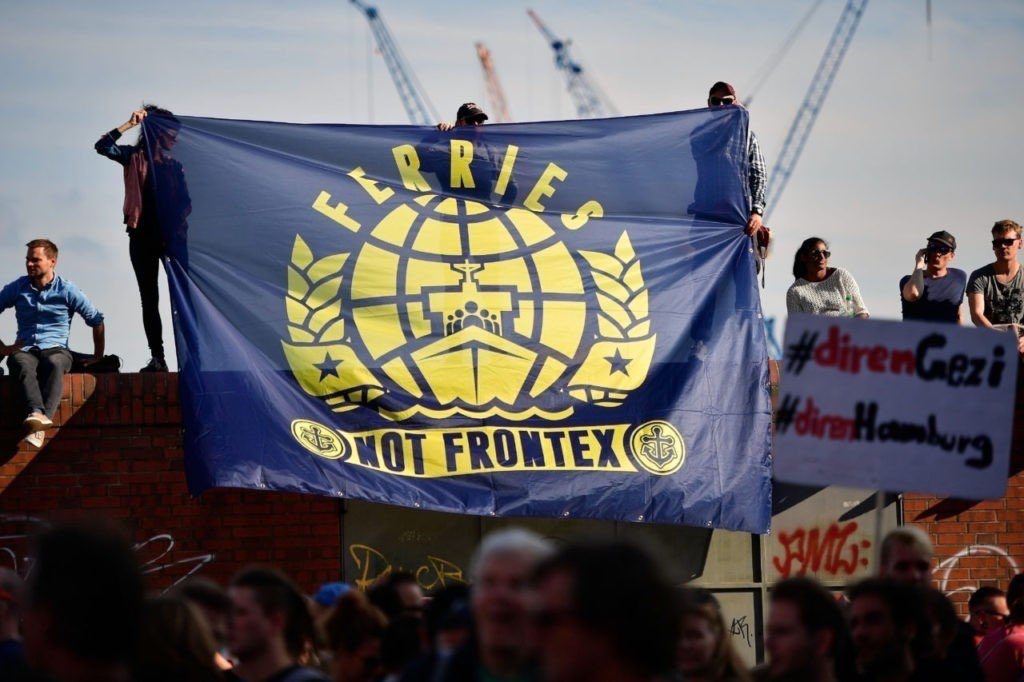 Last night, Katie Hopkins announced she would be spending the week aboard the C-Star, the ship chartered by far-right activist group ‘Defend Europe’.

En route to Italy for @MailOnline – as Italy threatens to release 200,000 migrants into Europe to teach us to share nicely. #medmigrants pic.twitter.com/qscehdNZrX

No, I don’t care. Show me pictures of coffins, show me bodies floating in water, play violins and show me skinny people looking sad. I still don’t care.

This comes as little surprise after her hateful April 2015 Sun column entitled “Rescue boats? I’d use gunships to stop migrants”, describing desperate people attempting to cross the treacherous Mediterranean waters as “cockroaches”. She went on to voice a deep opposition to the NGO rescue missions that are currently being targeted by Defend Europe.

Just a couple of months ago, Hopkins doubled down on those remarks:

1800 migrants need rescuing from the Med. Two years on – and we still haven't learned. I stand by this column of 2015. pic.twitter.com/x31pkeMZXj

There is no doubt that Katie Hopkins will use her forthcoming online column to support and defend the life-threatening behaviour of Defend Europe, who are confirmed far-right activists.

HOPE not hate believes that Mail Online has a duty not to amplify the cheerleading of far-right extremist activity that could ultimately lead to the loss of lives.

If you agree, join us in calling on them to remove Katie Hopkins’ platform to do so by signing our petition here.