Whatever happened to…. Part VI 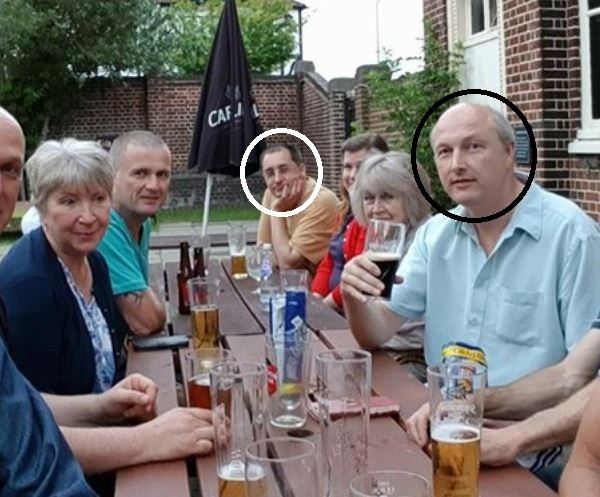 Here’s a picture. Convicted (former) British National Party (BNP) bomber Tony Lecomber out having a drink with his former BNP colleagues. Yes, the old “crazy gang” of thugs, Turks and Jewish collaborators from the East End got together to see in the election results and sup a few pints together.

To say Lecomber (aka Wells, aka East) is a controversial figure, is somewhat of an understatement. During the 1980’s, after he was released from prison for a disastrous attempt to bomb a tiny left wing group, the BNP did everything they could to re-settle Tony back into public, private and BNP political life.  In return, he went out of his way too make amends for the act of blowing himself up whilst eating a Wimpy burger. He battered a Jewish schoolteacher he bumped into on London Underground on his way to a BNP rally.   He went to prison again. He must’ve really liked it there.

While he was in prison, Lecomber came to his limited senses and became an advocate for the “modernisation” of the BNP.  He convinced the BNP’s founder, the late John Tyndall, to give him a job and help build the BNP into a modern, fighting, Nazi party. Tyndall liked Lecomber, so he gave him a job writing for the breathtakingly boring in-house BNP magazine Spearhead.  It became a friendly battle between the two as to who could each month, produce the most racist unintelligible, bile. It was on these pages that Lecomber came up with many great revolutionary ideas; one was that BNP members should vote out incumbent MPs to destabilize the establishment. That’s all well and good, but of course, if there was so many of them in one seat, surely they could just elect their own people?

Not withstanding his daft ideas and nocturnal habits, it seems all had been forgiven. Tyndall began describing Lecomber’s bomb as simply a “firework” and well, he had very little apparent problem with a Jew being beaten up! That was after all, what the party stood for. No, Tony was so rehabilitated that he then stabbed Tyndall in the back and went on to help oust him in favour of the younger, fresher Nicholas John Griffin.

Griffin then had to quietly dump Lecomber one Christmas, when true to form, Lecomber became embroiled in another scandal. This time it was an alleged attempt to hire a well known gangster to kill the head of Channel Four television.

Also of note at the pub was Eddy Butler, the fighting Romeo and Lawrence Rustem, the Turkish former BNP councillor in Barking and Dagenham. Rustem can be seen sitting on his own- it’s no wonder. Lecomber used to beat Rustem up and “lovingly” describe him as the BNP’s “favourite wog” to anyone who would listen.

Until recently, it is thought that Rustem has been in the English Democrats. Luckily for him, even they wouldn’t have Lecomber. 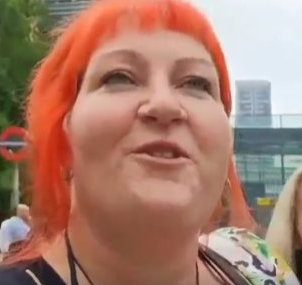