HOPE not hate’s Fear and HOPE report has charted attitudes towards race, faith, immigration and belonging in England since 2011.

The most detailed survey of its kind asks over 4,000 people 140 questions pertinent to current events. Our fourth report looks at economic pessimism, the effects of the Brexit vote, the recent attacks on Manchester and London and responses to the Grenfell Tower fire to offer a snapshot of the nation’s views.

Nationality, and your country of origin, stand out as the most important aspects of identity for people in England.

As with our previous Fear and HOPE surveys we divide the nation into six identity ‘tribes’:

As a whole, there is much to be positive about. A sense of cautious optimism following economic recovery has survived the Referendum. Sixty-one (61%) percent of people feel that  things are better in their own lives now compared to 10 years ago.

55% believe that immigration has been good for the country, up by 15% since 2011, and 88% of Britons believe immigration is essential, but economic need should determine the future level of immigration.

The divisions in the way each tribe sees immigration are stark – just 4% of the active enmity tribe believe immigration has been good for the country while 96% of the confident multicultural group agree with this statement.

Economic concerns about immigration are at the forefront of minds in the more hostile tribes, whereas confident multiculturals and mainstream liberals focus more on the positive effects of cultural diversity.

However, attitudes towards race, faith and belonging have become increasingly polarised.

Our two more ‘liberal’ tribes have grown in size (39%), becoming increasingly confident as Remain voters disassociate themselves from “Brexit Britain”. They are louder champions of multiculturalism and diversity.

This liberal shift has resulted in a reduced middle space, leaving behind a persistent hostile section of society (23%) whose views have not moderated since 2011. Britain is looking at a tough period of economic downturn after it leaves the EU, which could well trigger increased fears and hostility towards immigrants and minorities from these sectors of society.

Brexit will dominate politics over the next few years and looks set to trigger feelings of betrayal and resentment.

Only 6% of people are very confident that Theresa May will secure a good deal for Britain in the EU negotiations and Fear and HOPE 2017 reveals little prospect that a deal can be secured without angering and further alienating either side of this ‘identity divide’.

The more hostile tribes feel relief at the prospect of a hard Brexit, while this angers those on the liberal side of the spectrum.

The vast majority of people (77%) stand firmly against the conflation of extremists’ actions with an entire religion and 80% are encouraged by the way British people came together in unity following the attacks.

But there has clearly been a hardening of Islamophobic attitudes among those more sceptical about modern society.

39% of people overestimate the proportion of Muslims in the British population who are regarded as uniquely different from the majority British public.

42% of English people say their suspicion of Muslims has increased following the recent terror attacks.

Meanwhile, a quarter of the English believe that Islam is “a dangerous religion that incites violence”, and among the active enmity ‘tribe’, seven out of 10 agree.

Integration has also risen up the political agenda with the release of the assimilationist Casey review in 2016, and our poll shows the issue has become a greater public concern. There are some clear concerns that multiculturalism is not working well in Britain, particularly among the hostile tribes.

91% of the active enmity tribe feel that new immigrants don’t want to integrate, and there is a consensus across the identity ‘tribes’ that British values are in decline.

Political events of the last years have dramatically split the country. While in many ways we are more hopeful, fears have become more engrained and tensions are high. Faith, integration and terrorism will all be important challenges for the coming years, while Brexit will determine the country’s future. 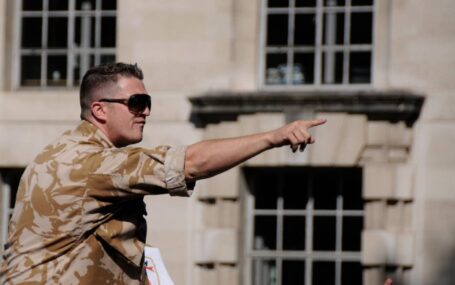