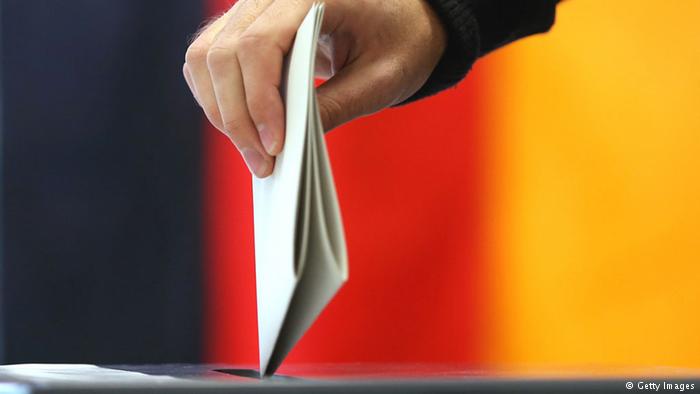 In today’s German national election, the two main parties – Christian Democrats and Social Democrats – lost some 14 percent of their previous votes polling their worst results ever in post-war elections.

For the first time since the early days of the Federal Republic of Germany, a far right party – the Alternative for Germany (AfD) – will send candidates into the national parliament having become third largest party with more than 13 percent of the votes leaving the Green Party, the Liberals and the Left trailing.

Compared with the two million voters the AfD mobilised in 2013, this time around six million voted for the racist party. Most of these voters want a very restrictive immigration and asylum policy.

The AfD’s success will give it around 85 seats in the Bundestag plus hundreds of paid jobs for far right and racist activists. Representatives of the AfD will also secure seats in bodies controlling public broadcasting, civic education and the secret service.

Its work in the parliament will be dominated by an approach of polarising opinion and resorting to hate speech. A relevant number of future MPs have already made headlines with racist and revisionist statements. For example, top AfD candidate Alice Weidel – initially presented as moderate – wrote, in an e-mail, about the government that “these pigs are nothing else but marionettes of the victorious powers of the Second World War”. Such a choice of words is more typical of the verbiage used by the likes of the nazi National Democratic Party.

While announcements by the AfD that it will win a majority of votes in the 2021 elections are utter drivel, the election result today will further boost the self-confidence of the broad far right movement that has developed over the last three years and of which the AfD has become the centre.

The staff and the financial resources the AfD will get thanks to its entry into the national parliament will give this movement as a whole more options for action and organisational stability.

For all that, the future of the AfD is far from certain. Although the AfD will not become part of a national government, it will put heavy pressure on the other parties on issues like immigration, crime and gender.

Infighting, however, will continue and the possibility that the party will split with the next party convention in December is not off the table.

With a parliamentary fraction of more than 80 MPs a split would not destroy the party in the short term though. In the long term, the more radical wing might successfully be stigmatised while the more moderate strand would be open for a coalition with the Christian Democrats.

Some of the latter’s leading representatives have already greeted the election result with the announcement that the Christian Democrats need to turn more to the right.

For the Social-Democrats (SPD) and the ex-Communist Left Party, the results are mixed. The SPD’s vote plunged catastrophically but the Left Party was able to avert such a fate and, though it lost votes, appears not to have sustained as much damage.