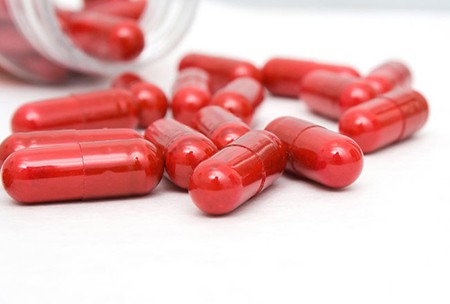 The metaphor has its origins in the 1999 science fiction film, The Matrix, where the main character Neo is given a choice between taking a Red Pill and a blue pill. He chooses the Red Pill which makes him wake up from the comfortable but artificial world he lives in, to the dark truth where the human race is enslaved by sentient machines. The blue pill would have allowed him to continue his existence in a blissful ignorance.

While the Red Pill predates the Alternative Right as we know it today, it has become a central symbol of the movement. The usage of the term “getting Red Pilled” or “swallowing the Red Pill” first gained prominence in a subsection of the website Reddit called /r/TheRedPill which describes itself as a place for “discussion of sexual strategy in a culture increasingly lacking a positive identity for men”. It currently has over 230 000 subscribers.

/r/TheRedPill is part of a loose network of online spaces called the Manosphere. It’s dedicated to men who, for varying reasons, feel that women have unfair advantages over men, often in relation to dating or in traditional marriage relationships. For them, the Red Pill, refers to an understanding that men are the oppressed gender rather than women.

Selective use of statistics is often used to prove that feminist critiques such as the existence of a wage gap between men and women are hoaxes to cover the truth which is that it’s men that are socially and materially disenfranchised.

The importance of the term is an indication of the conspiratorial basis of the alternative right and related communities. “Getting Red Pilled” in the Alternative Right refers to accepting a broader set of conspiracy theories than those in the Manosphere, many of which have their origin in earlier far-right movements.

In the alt-light, the part of the Alternative Right concerned more with culture than race, to be Red Pilled is to come to the belief that western culture is gradually disappearing and that equality is a “myth” fabricated by liberal-left elites.

For the race obsessed alt-right to be Red Pilled often means accepting the existence of an international Jewish conspiracy, an ongoing genocide on the white race and the inherent difference between races of people.

Similarly to how Neo is “the chosen one” in The Matrix, getting Red Pilled signifies a level of enlightenment reserved only to a select few; those that have the intellect and fortitude to be willing to see the dark, uncomfortable truth that the rest of society rather ignore.

A harsh boundary around the community is created by lifting up the sympathisers as enlightened and strong against the sloth and fallaciousness of the rest of society. The hostility towards outsiders discourages questioning and make members reinforce their views in order to fit in with the narrowly defined norm of the group.

But the hostility towards outsiders doesn’t mean that new people cannot be brought into the movement. Quite the opposite. The ideas purported by the Alternative Right and within the Manosphere are often described as “natural law” and rational, intelligent people should therefore be easy to convince once the “truth” has been revealed to them.

Hence, “Red-pilling the normies” is a much-discussed topic, meaning to radicalise or convince someone that their argument is true. On forums such as 4chan and Reddit, members discuss how to best Red Pill people around them in posts with titles like “Strategies to RedPill Your Family Over The Holidays”.

They play on a broad dislike towards “political correctness” and target young men who feel socially alienated and threatened by feminism and professional pressure become especially receptive to their message.

Read our full report – The Alternative Right: From the White House to Charlottesville here.