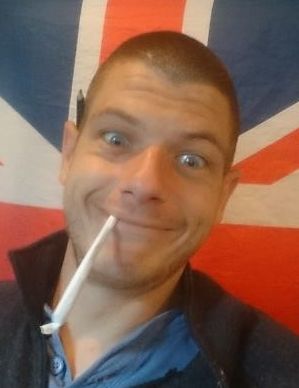 Another weekend, another gathering of the ever declining far right clans.

This Saturday it’s the turn of Stoke, a one-time BNP heartland which, following vigorous anti-fascist campaigning, has since turned its back on the politics of hate.

Sadly, no-one told David Shufflebottom, aka Dave Shuff, aka Mohammed Shuff. Not that he’d care much. He used the latter Facebook pseudonym last year to threaten to burn down local mosques on Bonfire Night.

There are no signs of remorse or rehabilitation as it is Shufflebottom who’s behind this weekend’s “Rally Against Grooming.”

It might be more accurately billed as a wake, with what’s left of the UK’s far right factions gathering for a last pint and a weep. For the EDL, there’s Liverpool loser, Dylan Cresswell who once called for the gassing of Muslims.

Young Dylan’s  speeches are also duller than his nan’s dishwater after she’s washed his pots.

Representing, er, BP1 (yeah, me neither) and his own money-making schemes is Poundshop Tommy, Liam Jones, aka Liam Walsall. He promises to be “broadcasting live” from Stoke, by which he means holding up his phone with Facebook open.

Hopefully there will be a Portaloo. As you can see (below right) Liam can get a bit excited on demos. Convicted racist and fake Christian John ‘Banksy’ Banks is also due there, presumably to be God’s representative just off the A50.

As is Paul Rimmer, ex of the British National Party, English Democrats, UKIP and planet Earth. Rimmer famously once cited the Bible in support of his bonkers belief that Liverpool FC is now cursed after the club sponsored the city’s Gay Pride.

But these are just the warm up acts for the big double-header, Fransen & Golding. They are, almost too literally, the far right’s very own Punch & Judy Show.

Fresh from their tour of Europe, the duo will reprise their fast-fading act. In fact they’ll need get through it pretty sharpish given they need answer bail in Bromley by 4pm. I’m not sure their tour manager has factored in the minimum three hour drive. In fact he can’t even have clocked that the demo pre-drinks in the Post Office Vaults don’t even start until 3pm.

We hope too that Golding doesn’t take offence at Shufflebottom taking the piss out of his security supremo, Steve Lewis. I mean, we’ve all done it Paul, so don’t be losing your rag.

Anyway, logistics aside, Shufflebottom is well excited at just how big this thing is going to be. I mean, he’s already bragging that a whole 15 people are set to journey in FROM OUTSIDE STOKE. I know!

I’m not sure where he’s got that number from, but if it’s Facebook pledges then he’d better factor in the traditional no-shows from the keyboard warriors.

So fifteen is probably more like one man and his dog. Wayne Riley and Roscoe then.

It’s interesting to note too that Shuffley’s pal Richie Wilkes wants to engage in a little fisticuffs on the day, assuming I’ve correctly deciphered his drivel. That’s something the protest’s police liaison officer might be interested to hear about.

Ah yes, the police liaison officer. I wonder how chuffed he or she might be to learn that Shufflebottom is sharing his or her mobile number and text message on social media? I guess we could ask? That officer might also be interested in this trio’s plans. It’s only a suggestion but it might be a good idea for Staffordshire’s finest to pat those protestors down if they’re thinking of chucking explosives around. Health and safety, duty to protect yada-yada.