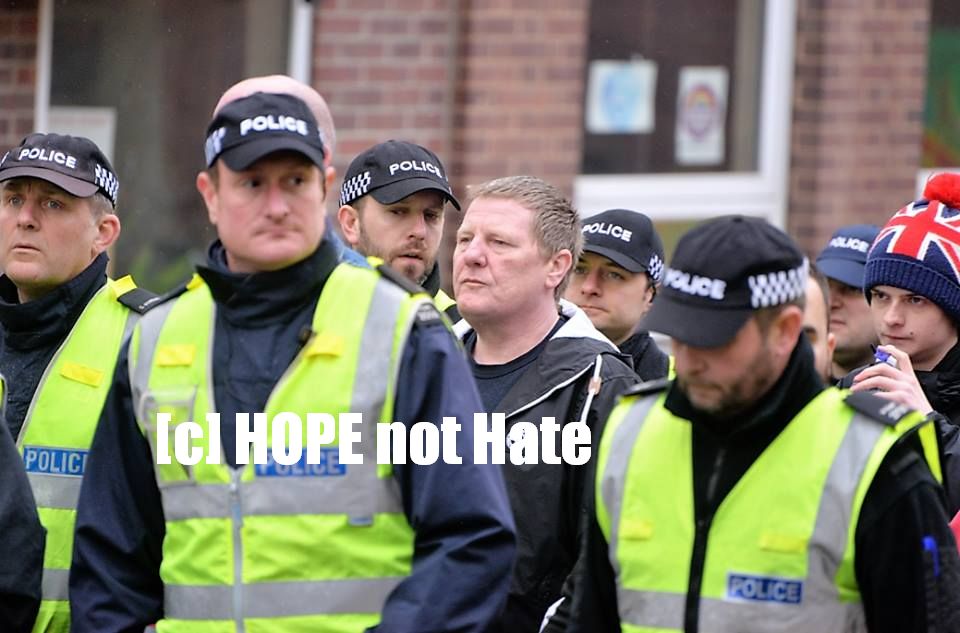 Last month I reported how he and one-time EDL regional organiser, and now Britain First travel companion, Andy Edge, were threatening to exchange fisticuffs. At the time I noted how we’d clocked that Spence was more a notional than actual leader for there was “no evidence of him doing or leading anything.”

Now, and for that very reason, the one-time British National Party (BNP) activist has been handed his cards as EDL chair by his very own Newcastle division.

The Geordie gang has finally cottoned on to the fact that Spence has not been the busiest of bees. Indeed sloths have been known to file more extensive timesheets.

But which vacant will fill the vacancy?

There’ll no doubt be a few contenders keen to lead the rapidly reducing rabble. Sunderland’s Billy Charlton (above) expressed an interest in leadership last year. Let’s face it, he certainly has the credentials for helming a far right faction, including the obligatory allegation of financial impropriety.

As with Spence, he also ticks the box when it comes to accusing fellow “patriots” of being lefties.

However, I hear he may be too busy helping the boys in blue with their enquiries to take on such a terribly onerous role. Incidentally please do not take the previous sentence to in any way suggest Charlton is a grass.

It seems too that Charlie Rafferty would not be the happiest of bunnies were Charlton to be elevated. You’d have to ask him why. I couldn’t possibly comment.

So who else? Warren Faulkner has a little time on his hands having sadly lost out on a charity gig last year. Terrible that was Wazza. Sorry and all that.

Again, Faulkner has the credentials. Like Spence he has the necessary conviction. By which I mean criminal. For Spence it was a violent attack on members of an Irish social club as he went in search of imaginary lefties. Along with his son Steven, another former BNP activist, that earned him jail time.

For Faulkner, it was Class A drug dealing and public order (which lost him his job). Plus his 21 other convictions.

However, Faulkner is attracted to even further extremes of far-right extremism than the EDL. He has long played out with the North East Infidels and was spotted north of the border last year with the now proscribed Scottish Dawn (click the link and yes, that’s him at 5 minutes, 56 seconds). And what about up-and-coming EDLer Pamela Brannigan? She’s another box-ticker.

When it comes to financial shenanigans, she’s top of the plundering pops having run a fake charity shop. No, really, she pretended Help For Heroes employed her.

She also adds a little variety having been accused of being a “leftie plant” as opposed to accusing others.

The latter is also true of Dopey Dylan Cresswell, a young man whose leadership ambitions outweigh his intelligence by more than one country mile. Cresswell was labelled a lefty by none other than the Spence himself. It was anamusing little feud which played out – as ever – very publicly on Facebook.

Far from working against him, Cresswell’s call for an arson attack on a mosque and a Holocaust-evoking “gas against the Muslims” jibe should stand him in good stead as the leadership stakes hot up.

To be honest, I could be here all day pondering would-be candidates for this less than vital role. But I have better things to do. Columbo’s on in a bit. Any one of the few remaining – and at liberty – members of Britain’s far right could be a contender. It’s not like the bar is set high.

Chances are they’ll just not bother. It’s not like there’s much to chair.