UKIP staring into the abyss? 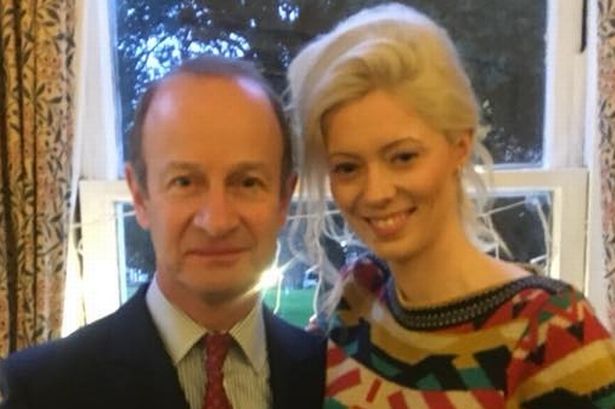 As party figures attempt an apparent coup, UKIP’s crisis threatens to become an existential one.

The reputation of UKIP leader Henry Bolton, elected less than four months ago, has been trashed after his now ex-girlfriend – for whom he had recently left his wife – was revealed to have made appalling racist comments about Prince Harry’s fiancé Meghan Markle in private text messages.

Despite Bolton announcing that he had subsequently ended his “romantic” relationship with the now-suspended party member, UKIP’s ruling body, the National Executive Committee (NEC), is expected by prominent party figures to make a vote of no confidence against Bolton at a special meeting this Sunday.

This would spark UKIP’s fourth leadership contest in just 16 months.

It is uncertain whether Bolton will even last until the NEC meeting, as a number of influential party figures are now clamouring for his resignation.

Loudest amongst them is Bill Etheridge MEP, who yesterday claimed that he himself had resigned as a UKIP spokesman in protest against Bolton. Embarrassingly for Etheridge, Bolton fired back claiming that he had actually sacked the party official early that morning.

Etheridge, whose personal life has itself been the cause of acrimony within the party, now appears to be attempting a coup against Bolton; his name appears alongside four other UKIP members on a “Proposal For the Transformation of UKIP” which calls for the removal of Bolton in order to “save the party from imminent insolvency”.

The extraordinary document, circulated within the party, also calls for the sacking of Chairman Paul Oakden, Party Agent Noel Matthews, and Press Officer and former-Farage protégé Gawain Towler, stating that “UKIP does not deserve to run anything” and that “it is rightly perceived to be incompetent”.

To reverse the beleaguered party’s fortunes, the document proposes the installation of an “interim task-force” at the head of the party, consisting of former leadership candidate Ben Walker, London Chairman Freddy Vachha, former parliamentary candidate Catherine Blaiklock and MEPs Stuart Agnew and Etheridge. This group will then “ruthlessly take the steps needed to control finances and to modernise the Party”.

Despite grabbing some press attention for his “resignation”, the chances are slim that the walking PR-disaster Etheridge and his troupe will be taken seriously by the party membership.

Bolton has never been a popular leader, securing just 29.9% of the vote in the bitterly-contested leadership election in September to beat the anti-Muslim candidate Anne Marie Waters into second place.

It has fast become clear that the former police officer, who was virtually unknown within the party prior to his leadership campaign, lacks a vision that will excite voters. Devoid of charisma, media appearances had plummeted dramatically since the days of Farage – until the current scandal, that is.

Bolton’s one source of appeal – that he was a uncontroversial, “respectable” moderate in the face of a potential far-right takeover by Waters – will have been badly damaged in the eyes of his base.

As for Waters, she must be ruing the day she left the party to form her own anti-Muslim vehicle For Britain – if she had stuck with the party, she would have been an obvious contender for the leadership if Bolton is forced out.

On Sunday, former party leader and talisman Nigel Farage claimed there was “no chance” of his return as UKIP leader. With Farage ruled out, the party is bereft of any candidates who look even remotely capable of reversing the party’s fortunes.

UKIP is exhausted; Bolton wrote a dismal email to members in November stating that “there is no money – in fact for a year we have been running on an entirely unsustainable monthly deficit. The party has very few resources and I have inherited no office and no office equipment or staff”. The email also admitted that “our planning and public profile has been almost non-existent”.

Many prominent former party activists have begun to wonder loudly whether there is any point in the continuance of UKIP, which has been plagued by 18 months of PR disaster since its EU Referendum success.