“The right-wing threat was not previously organised,” declared Mark Rowley, outgoing assistant commissioner at the Metropolitan Police and head of counter-terror policing in the UK, at the end of February. “Every now and then there’s been an individual motivated by that rhetoric who has committed a terrorist act but we’ve not had an organised right-wing threat like we do now.”

Rowley revealed that four extreme rightwing-inspired plots were foiled last year, emphasising that the far right terror threat was “significant and concerning” and that the public should be “gravely concerned” by the existence of National Action, the white supremacist, nazi group banned, in 2016, by the Home Secretary under terror legislation.

With 28 far right supporters convicted or arrested for terrorism or similarly violent crimes over the last 12 months, Rowley is not wrong.

2017 was a significant year for the British far right. Organisationally weaker and politically more marginalised, it does, however, pose a greater threat to the social fabric of society.

A trend towards terrorism and its ever-increasing capacity to engage and incite large numbers of people online with its belligerent and violent rhetoric means we will have problems for some time to come.

As HOPE not hate can reveal in this 2018 State of Hate report, the threat from far right terrorism is growing, a trend that is likely to continue. 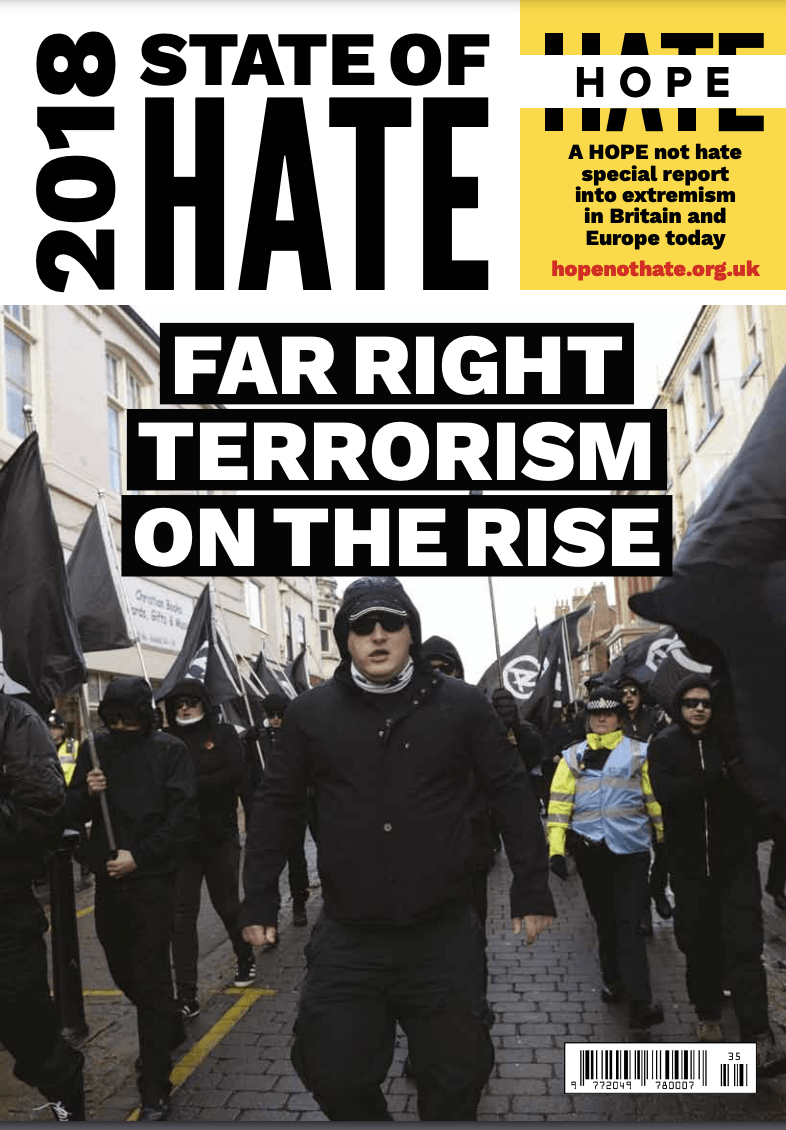