Local Elections: Heavy Loses For UKIP and the End of the BNP? 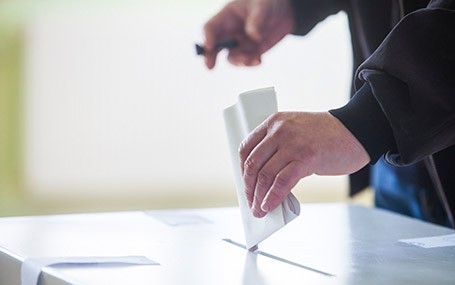 Across 150 local councils, more than 4,350 seats, last contested in 2014, are up for grabs. This includes all London councils as well as mayoral elections in Hackney, Lewisham, Newham, Tower Hamlets and Watford, and in the combined authority of South Yorkshire.

Our Fear and Hope 2017 report has demonstrated the continuing polarisation of the UK’s population in the wake of Brexit, with 23% bitterly opposed to immigration and multiculturalism.

Despite this pool of potential support, prospects look profoundly bleak for populist radical right and far right parties in the UK, which are suffering increasing difficulties engaging in democratic politics.

Nominations close today, and candidates must be announced no later than 4pm on Monday 9th.

Check the HOPE not hate website for a list of populist right and far right candidates standing in your area.

May 3rd will in part be characterised by a struggle between Labour and the Conservatives to hoover up seats won by UKIP in 2014.

In 2014 UKIP consolidated its emergence onto the national stage by winning 163 council seats with roughly 18% of the popular vote. The Eurosceptic party would go on to win the European elections later that year.

However, the political landscape has radically altered in the last four years. Since achieving its founding purpose in the June 2016 EU Referendum, UKIP has lurched from crisis to crisis, losing its figurehead leader Nigel Farage and huge numbers of members, donors and voters along the way. Last year’s local elections – in which they lost 145 seats and gained just one – were nothing short of a disaster for the party.

In the wake of multiple scandals, significant numbers of UKIP’s 2014 crop of councillors have already abandoned the party. Notably all 17 councillors in Thurrock, Essex – where it became the joint largest party in 2016 – left to form the new group Thurrock Independents in January 2018, including MEP Tim Aker, who received by far the highest vote share of any UKIP candidate in the 2017 General Election.

The party is utterly unprepared for 3 May, due in part to the abject failure of former leader Henry Bolton to lay campaign plans. On Wednesday – just two days before the deadline for nominations – UKIP’s interim leader Gerard Batten pleaded members to consider standing, so the party could reach the threshold of 740 candidates and qualify for a Party Political Broadcast. This is down from roughly 2,200 they stood in 2014.

Batten has, for now, avoided the impending bankruptcy of the party by raising £294,900 since taking the reins in mid-February, enabling UKIP to pay its £175,000 legal bill incurred by the libel case of one of its MEPs. However, Batten has stated that £215,400 of this sum was “donated” by UKIP branches, presumably leaving UKIP hard up on the ground going into the campaign period.

Since its formation in October 2017 the group has established roughly 20 branches across the country and will field candidates in the local elections, having recently registered with the Electoral Commission after much difficulty.

However, much of For Britain’s initial energy seems to have already dissipated after facing multiple difficulties getting off the ground. Waters has courted current and former UKIP councillors and voters, but Batten’s staunch Islamophobia will help to keep the anti-Muslim elements, to whom Waters seeks to appeal, with UKIP. The chances of the group posing a real electoral threat seem almost non-existent.

The party will, however, dedicate its limited resources towards inflaming local tensions around immigration and Islam. One of Waters’ central issues is grooming, and so areas of focus may include Rochdale and Newcastle upon Tyne.

The local elections also offer the chance to close the chapter on the fascist British National Party (BNP), as its only remaining district councillor, Brian Parker of the Marsden ward of Pendle, Lancashire, is up for election. Parker has sat on Pendle council since 2006.

The BNP, a fundamentally racist party with nazi origins, won its first council seat in the Millwall ward of Tower Hamlets in 1993 (although lost it the following year). Its next success was not until 2002, when it won three councillors on Burnley council.

Throughout the 2000s the BNP moderated its image and tapped into a rich vein of Islamophobia to gain more than 50 councillors, including 12 in Barking and Dagenham. The BNP peaked in 2009 after gaining two seats in the European Parliament with 943,600 votes, becoming the most successful extreme right party in British electoral history.

However, the racist party suffered a dramatic collapse in May 2010 after failing to breakthrough in the general election and losing all but two of its 28 councillors facing re-election. The party has since imploded and faced electoral catastrophe in every local election since, barring Parker’s surprise re-election in 2014.

On May 3rd, chances are the BNP will again be consigned to electoral oblivion.