Meet the For Britain Movement 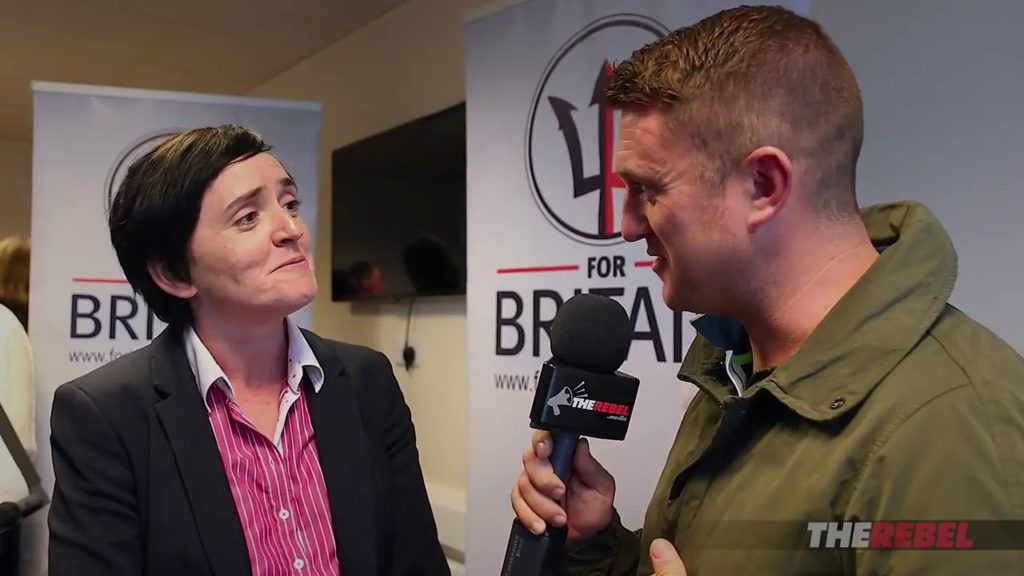 UPDATE: Since publication, it has come to our attention that Mandy Baldwin has left The For Britain Movement

The For Britain Movement, the anti-Muslim party headed by former UKIP leadership challenger Anne Marie Waters, has fielded a mere 15 candidates across the country in the upcoming local elections.

Waters has claimed that these candidates were selected through “strict vetting”.

Allow us to introduce a few of them to you.

Baldwin, an Orpington-based former Labour candidate and freelance writer, told a local Bromley paper that she was “disgusted at the snobbery, racism and anti-semitism now infesting Labour”.

It is surprising then that numerous foul, bigoted comments appear on Baldwin’s social media and on her blog.

A post on her account on Gab.ai – a “free speech” alternative to Twitter popular amongst the Alternative Right – states that “a vote for Labour now is a vote for your children to be gang-raped by inbred savages – and accused of Hate Crime for describing their attackers”.

Another expresses a desire to for having “every Muzzrat out of my country along with the ugly sluts and micropenised freaks who enable them. Don’t care how.” Yet another states that: “The only Refugees Welcome are White South African ones. The third world should go back and live in it’s own muck”.

Appallingly, also shared is content from the Nazi account “MosheShekelRod (#NaziGhost)”, which uses the SS Totenkopf symbol as its avatar. The post in question refers to “GRIDS” (gay-related immune deficiency), an early name for AIDS that continues to be used by some extreme homophobes.

Alarming views have also found their way into Baldwin’s personal blog. Her article titled “The Death of the Viking Spirit” states that the alleged demographic decline of “the white race” constitutes a “genocide”.

“White genocide” is a myth long-used in racist circles, referring to a deliberate campaign of mass immigration, integration and miscegenation to eradicate white populations conducted by shadowy elites.

Next up is Leeds-based candidate Stuart Neil Nicholson, whose social media accounts are also awash with extreme racist, antisemitic and nazi content.

Nicholson’s now-suspended Twitter account was inundated with antisemitism. For example, he wrote: “Jewish plan in action! Rise up!!” in response to a post on “white genocide” from former British National Party (BNP) activist Mark Collett.

A post retweeted by his account reads: “National Socialism is the alternative to degeneracy we currently face. It is a pathway to freedom and prosperity. It is an escape from Jewish Tyranny. It is the Future of our people.”

Another reads: “Alfred Rosenberg is called the architect of the Holofaux and was murdered in the sham kangaroo court known as the Nuremberg witch trials. Holohoax propaganda center acquires his diary  – has to admit mass murder of Jews is not mentioned once.”

Since being booted off Twitter Nicholson has moved to Gab, where he uses a Nazi propaganda image as his profile picture. His profile on Gab continues to promote the likes of “The Völkisch Folklorist” Carolyn Emerick, a Nazi pagan blogger, antisemitic alt-right YouTuber “Way of the World” and Nick Griffin, former leader of the BNP.

Finally we have former pub landlord Steve Latham. Latham was panned as a UKIP candidate during the 2015 General Election after he was forced to apologise for writing that the Labour party had been “infiltrated by the evil cult of Islam”.

In June 2015, he also posted about the antisemitic and racist conspiracy theory known as the “Kalergi plan”, arguing its aim of bringing about “Europe’s fusion with the Third World” was being achieved through interracial marriage.

Latham refers to European “Young people of mixed race” as “the children of Kalergi”, a reference to the Austrian-Japanese politician Richard von Coudenhove-Kalergi, author of the 1923 book Pan-Europa, a pioneering work on European integration. The screed also claims that “European integration amounts to genocide” and suggests that Kalergi’s “degenerate elitism” was due to the influence of the Austrian actor Ida Roland, identified as a “Jewess”, and the fact that his mother was “Asian”.

The passage posted by Latham is part of a longer article that has been shared on multiple far right sites, including Golden Dawn – International Newsroom, a site affiliated to the Greek neo-nazi party Golden Dawn.