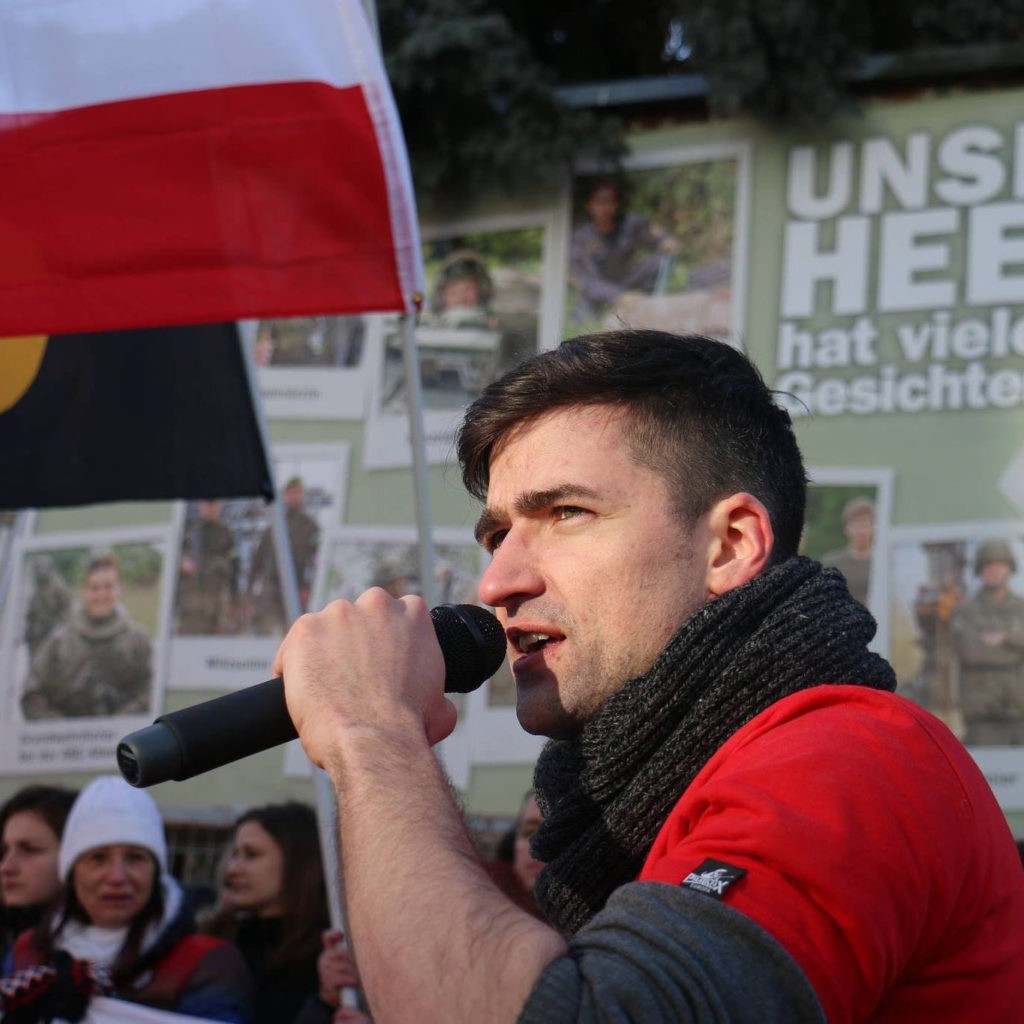 State prosecutors in Austria announced this week that they were pressing criminal charges against 17 members of the Identitarian movement, the far-right network which has risen to prominence in recent years with a series of provocative stunts.

Prosecutors are using a law designed for combatting the mafia, with the public prosecutor accusing the activists of forming a “criminal organisation”.

The charges, which prosecutors said on Monday were against 10 prominent members and seven “active sympathisers,” include counts of hate speech, criminal association, coercion, and damage to property.

The charges follow raids last month at the houses of several members of the group, including the prominent Generation Identity leader, Martin Sellner, who was one of those charged.

The charges could lead to possible fines or even imprisonment for up to three years, local media reported.

According to prosecutors, the Identitarian movement aimed to “incite hatred against the religious society of Islam, against Muslims, foreigners and refugees, and especially Turkish nationals, and to scorn and discredit these groups through insults in public opinion”.

One such event cited by prosecutors was an incident in March 2017 where members gained access to the roof of the Turkish embassy and hung a banner from it bearing the slogan: “Erdogan, take your Turks back home”.

Another example mentioned took place in from June 2016, when GI activists stormed the stage during a talk on refugee policy at Klagenfurt University and unrolled banners reading “Stop Immigration” and “Integration is a lie”.

In March, Sellner and his American girlfriend, Brittany Pettibone (an alt-right activist), were barred from entering the U.K., with authorities here judging his presence would not have been “conducive to the public good”. The story was then picked up by Tucker Carlson, who used his prime-time spot on Fox News to defend the pair.

Last month Sellner took part in an action near the French-Italian border where fellow far-right activists blocked a mountain pass in protest at the rise in migrants crossing the Alps.

The Identitarian movement is a European far-right network which claims to want to preserve Europe’s “cultural heritage” but is vehemently Islamophobic and opposed to migration.

Martin Sellner likes to market himself as a clean-cut, family-friendly figure. But undercover footage by ITV showed him boasting about his contacts with white supremacists in America, and saying that the “Jewish question” of the 1920s was comparable to “Islamic immigration today.”