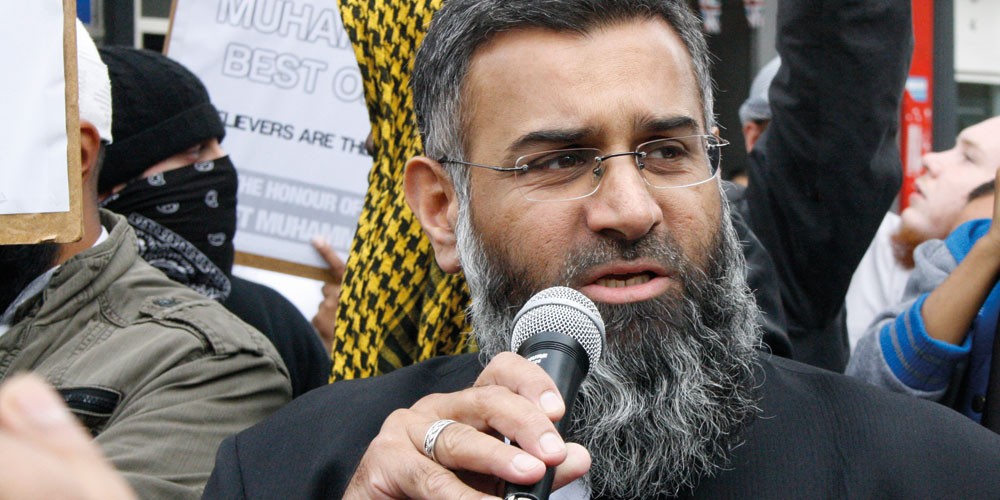 Anjem Choudary is a dangerous extremist. The hatred that he has spread over the past two decades, and the number of people that he has influenced to join terrorist organisations, is unparalleled.

His views have been one of the key drivers for recruitment by the far right, and have directly or indirectly contributed to an increase in Islamophobia in Britain.

Anjem Choudary sought to create division in society and to radicalise young people under the guise of ‘religion’.

The fact that he was never welcome in mosques across Britain, because of his extreme views and xenophobia, demonstrates that he in no way represented Islam or British Muslims.

We Muslims must raise our voices much louder against extremists and claim the fight against all forms of extremism, intolerance, bigotry and racism.

Otherwise individuals like Anjem Choudary and his followers will continue to present a distorted image of Islam and destroy more lives in this country and abroad.

There is a reasonable suspicion that, when allowed, Anjem Choudary’s followers will spread their ‘victimisation’ narrative online – just as Stephen Lennon’s (‘Tommy Robinson’) followers do – and influence young impressionable individuals.

We must build strong technological, theological and societal resilience against such online exploitation.

Anjem Choudary was given platform by the media, not by Muslims – just as ‘Tommy Robinson’ and his cohorts are currently using mainstream and social media – to promote his hateful agenda.

Choudary, along with his handful of followers, would make inflammatory statements and carry out provocative action for the benefit of cameras. Without the media giving Choudary the the oxygen of publicity, he would not have been able to catalyse extremism and, thereby feed Islamophobia, to such an extent.

To the deep frustration of British Muslims, some lazy and irresponsible journalists made Choudary appear in Britain as the sole representatives of Muslims.

Preserving freedom of speech is absolutely critical to all of us, but hate speech must not be tolerated or allowed to be promoted on our screens or in our newspapers.

Now that Choudary is out of the prison, the media must avoid the mistakes of the past and stop amplifying the voices of extremists or give them a platform to glorify their bigoted, racist and dehumanising words and actions.

We Muslims must also continue to condemn and disassociate ourselves from the rhetoric of Islamist extremists, as well as continue to proactively challenge the spectrum of extremism through education, engagement and the empowerment of vulnerable young people.

Whereas the likes of Anjum Choudary offer something to die for, we must offer young people something to live for.

It is no surprise that many of the terrorists have had a history of domestic violence. The young recruits feel that they have to prove their manhood through hostility and violence towards others.

In the case of Islamist extremists, they urge “real men” to get British Armed Forces out of “Muslim lands” by resorting to violence; in the case of the far right, they influence young men to use masculinity to get their jobs back and drive Muslims and immigrants out of the country.

It’s high time that a serious discussion takes place in our communities around masculinity and identity.

Lack of a shared identity and sense of belonging to the country is another key driver luring young people towards extremism. The authorities must tackle socio-economic and socio-political factors in parts of the country to prevent young people being turned against the State.

Anjem Choudary and Tommy Robinson are rhetorical allies who want to trap communities in a spiral of mutually reinforcing hatred. There is an interdependency between Islamist extremists and far right extremists, providing fuel to one another. The tactics used by extremists, on both sides, to radicalise young people are similar.

People of good faith and good will, from across communities, must not let extremists’ divisive, toxic and bigoted rhetoric divide our society apart.

Visit Our Hub: The UK’s Most Dangerous Extremist