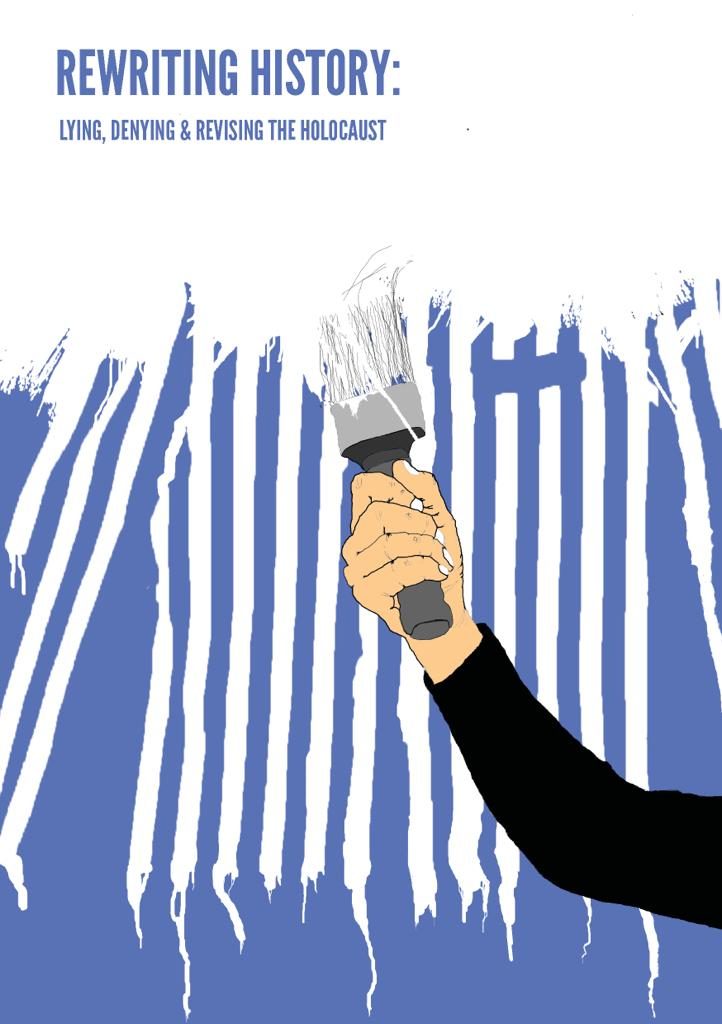 In 1945, as the news of organised mass murder and gas chambers shocked the world, the far right’s dream of a fascist future was left shattered in the ruins of Berlin. The first to deny the crimes of the Third Reich were the Nazis themselves, who sought to hide all trace of their attempted extermination of the Jews. Since that time, denial of the Holocaust has warped and shifted in numerous ways.

Rewriting History, kindly supported by the Association of Jewish Refugees, provides an accessible but comprehensive exploration of what denial is, and the various ways people have tried to revise the facts of the Holocaust.

Part of the necessity of this book is borne of the inevitable: As time passes, there are fewer people who can bear witness to the horrors of the Holocaust, meaning children, students, and the general public are vulnerable to the narratives being peddled by those who seek to diminish the unique place in history that the Holocaust holds, or even to claim that Jewish people use the ‘myth’ of the Holocaust to gain unfair advantage. As such, this book provides an accessible outline for those unfamiliar with the fundamental tactics, traditions and narratives of Holocaust denial.

However, some of the changes that have prompted this book are sadly a product of our changing political climate. We face an environment where facts are being discredited by those hawking conspiracies for hateful agendas and where the internet and social media have drastically altered how we engage with the truth.

To meet these challenges, this book confronts the role of conspiratorial thinking in Holocaust denial as well as denial in the age of social media. Moreover, with antisemitism in resurgence across the political spectrum and denial remaining a global practice, this book addresses denial by the left and right, in the Middle East and North Africa, in Eastern Europe and, in an exploration that demonstrates some of the complexities of modern denial, amongst some Muslims in the West.