‘Waking Up’ to Hate: European and American Far Right Convene in Lithuania Tomorrow 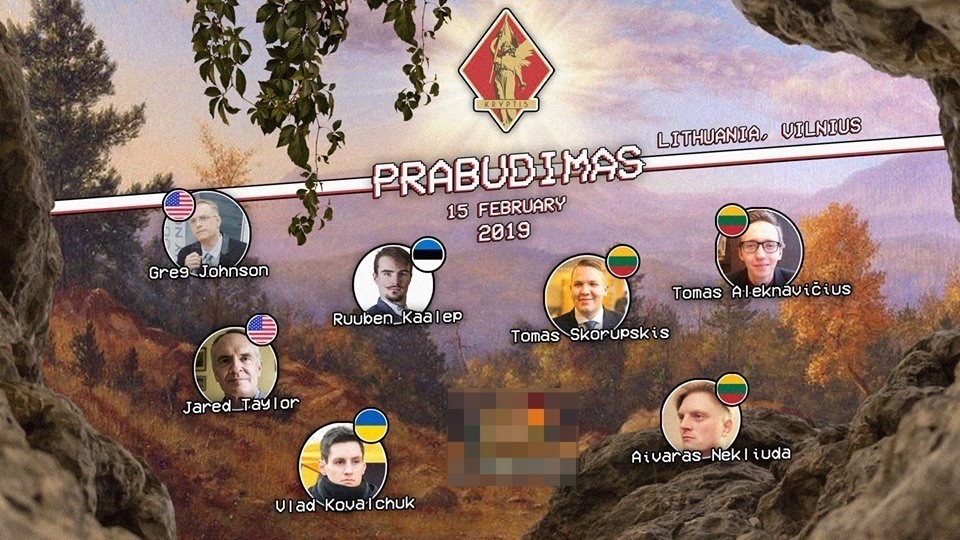 Organised by the Lithuanian “Ethnofuturistic Youth Assembly”, Kryptis, the event titled ‘Prabudimas’ (‘Awakening’) will feature speakers from Lithuania, Germany and Estonia alongside its US visitors. Tomas Skorupskis, previously a march organiser for the far-right Lithuanian Nationalist Youth Union, is now an organiser for Kryptis and will be speaking at the event, as will Kryptis members Tomas Aleknavičius and Aivaras Nekliuda.

Also speaking is German-born, Lithuania-based Kevin Grundel who runs the ‘Baltic Vikings’ boat tour company, Ruuben Kaalep of Estonian far-right youth group Blue Awakening, Vryadnik Yevgen, a member of the neo-nazi Ukranian organisation, Azov Battalion, and founder of the far-right Plomin club in Kiev (which hosted Johnson in October 2018 at the invitation of Olena Semenyaka, the international secretary for Azov’s political wing, the National Corps, who is appearing alongside Johnson and Taylor at future European conferences).

As HOPE not hate recently reported, Johnson and Taylor are to speak at a variety of far-right conferences in Europe the coming months, in a concerted effort to grow the US far right’s international links. Indeed, at the event tomorrow Johnson plans to discuss “The Identitarian Matrix” – referring to the European-born far-right ideology that has been exported to the US – whilst Taylor plans to talk on the theme of “Towards a World Brotherhood of Europeans”.

This effort seems to be being welcomed, given the multiple conferences Johnson and Taylor are appearing at in Europe soon. Notably, the Prabudimas organisers have stated that the conference tomorrow will be held in English, which suggests that they may record the speeches with the the intention of getting them to a wider audience. 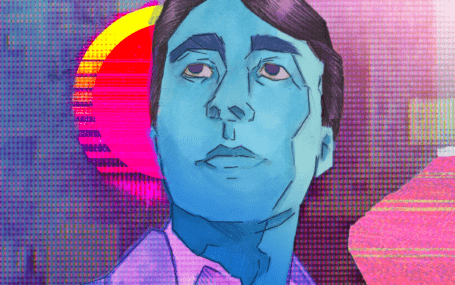 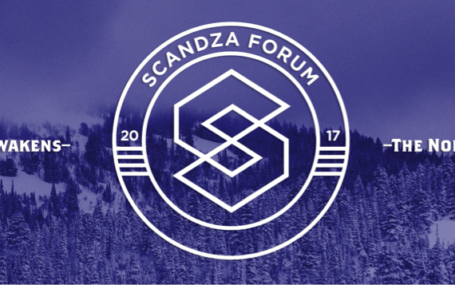 The Fringe & The Far Right: Racist Pseudoscience Conference in Norway