The ideology behind Christchurch 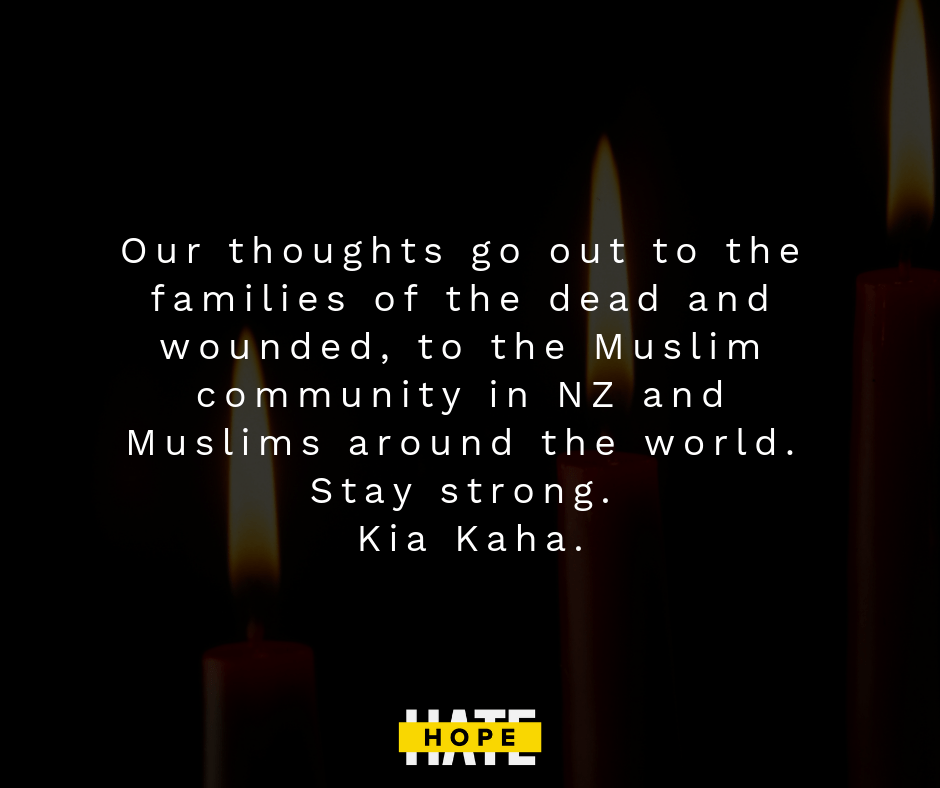 When a white supremacist burst into a mosque during Friday prayers in Christchurch, a worshipper greeted him with, “Hello brother”. The alleged terrorist, Brenton Tarrant, then proceeded to gun him and 49 other men, women and children down.

Most of the victims were migrants or refugees from countries such as Pakistan, India, Malaysia, Indonesia, Turkey, Somalia, Afghanistan and Bangladesh. The terrorist attack has drastically put Islamophobia and white supremacy at the centre of the debate. The fact that he partially live-streamed the killing on Facebook has also brought fresh scrutiny on the role of social media companies in spreading hate.

The attack caused a rush of solidarity and support from other communities and governments. Women across New Zealand have worn headscarves to show solidarity with Muslims this Friday, countless traditional Maori haka dances reverberated around the country, street gangs and motorcycle clubs offered to protect the nation’s mosques during Friday prayers and prime minister Jacinda Ardern’s leadership has been held up as an example to leaders across the world. Ardern, who swiftly denounced the attack as terrorism, announced a ban on military-style semi-automatic and assault rifles under tough new gun laws on Thursday and organised a public call to prayer this Friday.

Heightened security at mosques and pledged support for the Muslim community defined the widespread response of law enforcement, and civic and religious leaders across the world. Despite the solidarity, the attacks have left Muslim communities increasingly anxious.

The attack was also mismanaged by several news outlets. The BBC was accused of providing a “platform to racist hate” after Newsnight invited a far-right leader to speak just after the attacks.

Nick Lowles, chief executive at Hope Not Hate described the interview as “despicable” and called on the BBC to “apologise for the offence many people felt”. He added, “The fact that Newsnight invited Generation Identity on to discuss the Christchurch terrorist attack, which was inspired in part by GI propaganda, shows the BBC has learned nothing from its elevation of Anjem Choudary before the 7/7 attacks.”

The UK Daily Mirror was slammed over its front page, which featured a photo of the attacker as a child and described him as an “angelic boy who grew into an evil far-right mass killer,” sparking a deluge of anger across social media. A number of other tabloid newspapers have been criticised for their coverage of the Christchurch attacker, which has been described as sympathetic and hypocritical. The outlets have been called out for fueling Islamophobia.

Australian Senator Fraser Anning has been globally criticised for blaming the attack on Muslims. “The real cause of bloodshed on New Zealand streets today is the immigration program which allowed Muslim fanatics to migrate to New Zealand in the first place.” He went on to say that while Muslims may have been victims of attacks, he claimed they were also perpetrators. and blamed deaths on “the entire religion of Islam”.

Meanwhile, in the UK, five mosques in Birmingham have also been targeted in a string of violent attacks, with counter-terrorism officers investigating. Seven people have also been arrested for hate crimes in Greater Manchester over the Christchurch mosque shootings as one man called the gunman a “hero”. The gunman’s manifesto was released online in conjunction with the attack, titled “The Great Replacement” and makes evident the ideology behind the terrorist attack.

The screed is a confused mash of far-right ideologies, using tropes and terminology from a variety of far right movements, including dates and places symbolising conflicts between Muslims and Christians; the 14-words slogan popularised by the US white supremacist movement tropes from the anti-Muslim “counter-jihad” movement and references to Oswald Mosely, leader of the interwar British Union of Fascists (BUF).

Whilst there are multiple ideologies referenced here, the title of the manifesto itself is a direct reference to a core tenet of identitarianism; the supposed “replacement” of white or Christian population through Muslim immigration. Generation Identity and their de-facto leader Martin Sellner and his network are the most prominent sharers of identitarian ideas in English online. He also frequently expresses ideas that have great similarity to what the Identitarian movement term “ethnopluralism”, arguing for “ethnic autonomy” as one of his core principles.

Despite regularly saying they are a non-violent movement, those who spread the perception of an impending “threat” of demographic change and argue that Islam and Muslims are incompatible with the West should be held accountable if a follower believes violence is the only feasible response.

New Zealand based identitarian group The Dominion Movement, stated that they will cease all activity immediately following the attack, despite not being referenced by “Tarrant”.

The killer states “I mostly agree with Sir Oswald Mosley’s views and consider myself an eco-fascist by nature”.

The numerous ideologies espoused by the gunman are testament to the fact that he claims to have developed his worldview online, claiming that “you will not find the truth anywhere else” other than the internet. He has picked up snippets from multiple groups and mashed them together into a tangle of hate and racism, as evident by the graffiti on his weapon.

That the internet played a role in his radicalisation also seems evident from the few comments he makes in the live streamed video and his social media. His Twitter account shares several Islamophobic memes and the live streamed video begins with the statement “Follow PewDiePie”, a meme that isn’t explicitly far-right but that has been making its rounds image boards like 4Chan and spread by far-right troll accounts.

Like many white supremacists, the gunman’s view is global, saying that he is fighting for Europe and the West in general rather than local grievances. The word “Europe” appears 102 times in the manifesto. The two primary inspirations for the killings cited in the manifesto are the 2017 Stockholm attack, in particular the death of the schoolgirl Akerlund, and his disillusionment about the French Presidential elections of 2017, regarding both the candidates to be insufficient. There is also a section dedicated to listing instances of grooming gangs, listing links to Wikipedia articles of 14 different grooming gang cases in the UK (one link shared twice).