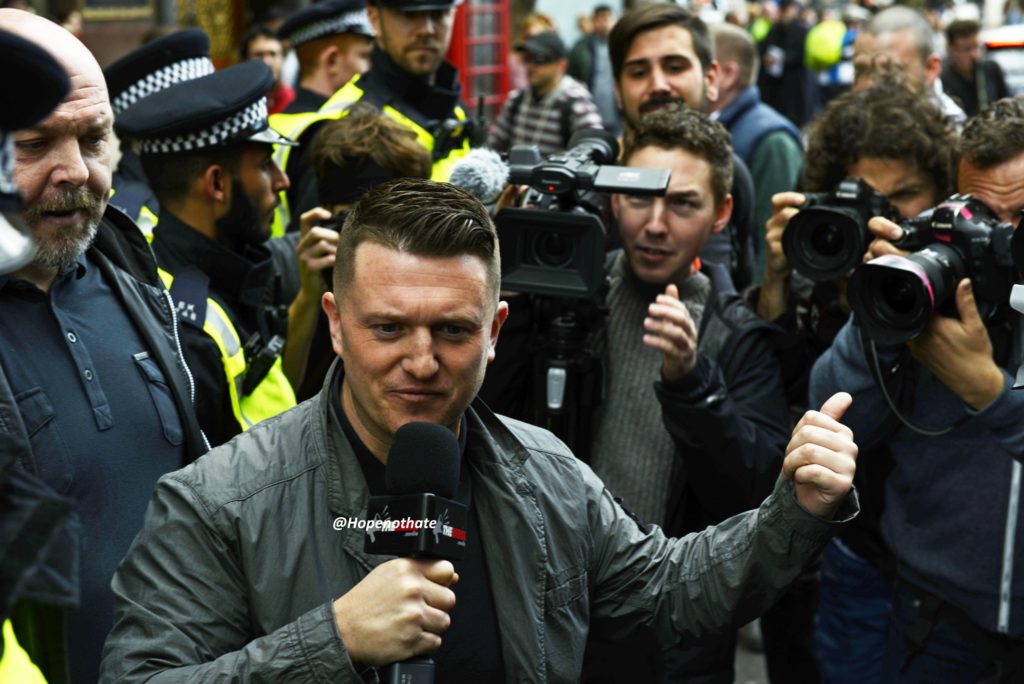 Matthew Collins has the latest on Stephen Lennon’s plans to stand in the EU elections, with a campaign launch expected later this week.

The great love affair between Stephen Lennon and UKIP has cooled somewhat of late. The party seems to have no problem with candidates’ making rape gags, but still refuses to allow Lennon to be a member. Hardly seems fair, does it? He is their rape and grooming gang adviser/guru, after all.

It appears Lennon is preparing to stand as a candidate in the European Elections next month but as an independent. The chosen constituency would appear to be the North West, which in 2009 elected then British National Party (BNP) leader Nick Griffin as an MEP.

Lennon’s wannabe candidature is interesting. There are those in the party who would absolutely not want him standing for UKIP, but there are some in the North West of the party that definitely do want him to stand for them. Maybe Lennon is hedging his bets, because as well as suddenly thawing long frosted relations with Britain First (payment portal problems, anyone?) he has also reopened a door previously thought closed to the UKIP splinter group, For Britain.

There is no doubt Lennon would want to be a ‘mainstream’ election candidate with UKIP rather than standing for either of those two fringe parties, but the UKIP rule book forbids him membership due to his short period as a member of the neo-Nazi British National Party (BNP), ten years ago.

While Lennon has every right to feel affronted that UKIP do not want his membership, someone who does is former UKIP candidate and failed leadership candidate, Anne Marie Waters who now leads For Britain.

Waters was left with egg on her face when Lennon decided not to join or back her party last year, but to continue with courting and being courted by Gerard Batten and UKIP.

Lennon is heading to Wythenshawe, Manchester this Thursday to make a ‘special announcement’ and hold a barbecue. Thursday is the day after nominations close for the European Elections.

It is rumoured Lennon’s announcement/party/barbecue is being hosted by local UKIP members. is it the proverbial gun to the party’s head with some more UKIP candidates still to be announced?

Lennon won’t be alone, either. These days Anne Marie Waters announces her every movement on the Facebook pages of her party’s North East branches, and For Britain’s Darlington branch has announced she too is joining Lennon in Manchester. According to them, she has ‘some interesting’ things to say. That’s actually not what people who attend her speeches normally think.

Waters chasing Lennon once more will cause more than a slight case of chagrin in certain diminishing quarters of For Britain. The neat but perfectly formed squad of former BNP members that dominate the party in Essex are apparently growing very tired of Waters’ and she in turn is apparently growing tired and wary of them, too. Not only did the party announce far fewer local election candidates than anticipated, the quality of the party’s propaganda material and general organisation and structure has infuriated long term and experienced fascists. Having already expressed concerns about “conspiracy nutters” dominating much of the party, most former BNP members have long held suspicion and hatred for Lennon and his lack of political acumen.