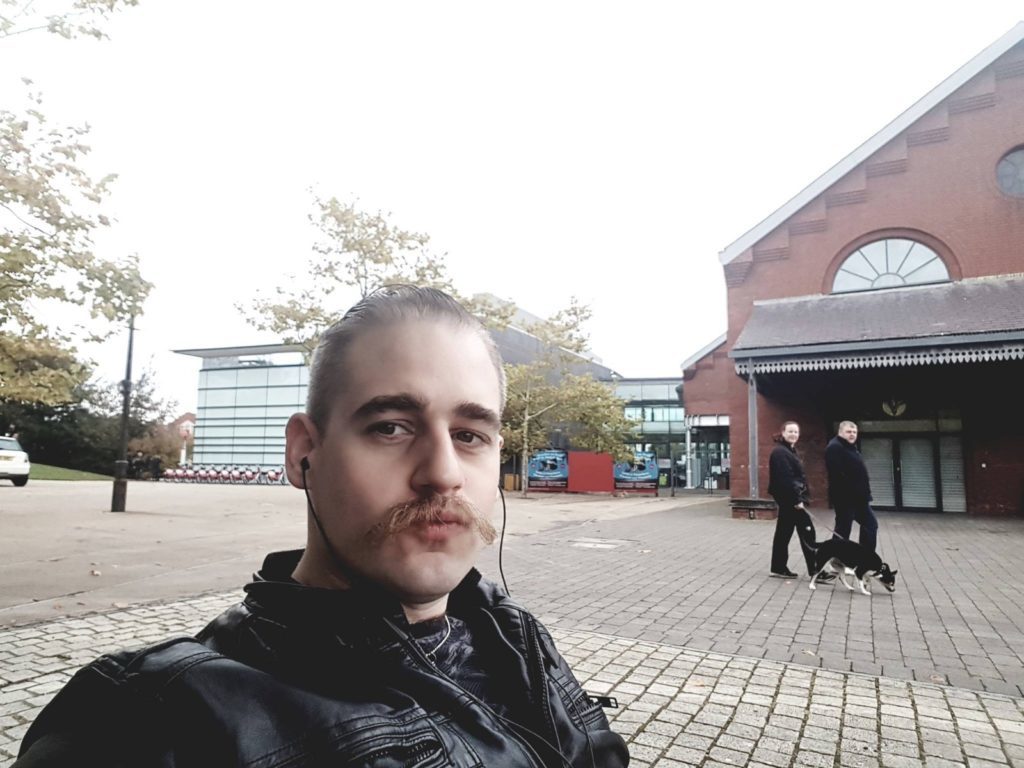 First of all, there’s some sad but not unexpected news about the love life of angry Nazi and failed terror recruiter, Chris Livingstone. No sooner had Livingstone thanked Odin (of all people) for delivering him an angel in the shape of Susan Yarbrough-the widow of American Nazi Gary Yarbrough, news reaches us that this love affair has now gone awry. It’s all over, like all other love affairs Livingstone conducts whilst bladdered and on the interweb.

That Odin’s an untrustworthy bastard, isn’t he? Yardbrough, for those who are unaware, was a particularly nasty Nazi and member of the neo-Nazi terror group known as ‘The Order’ which sought to destroy the United States through a violent uprising.- terrorism, to be more succinct.

Yarbrough died of liver cancer last year while serving a 60 year prison sentence handed down in 1984. Livingstone is a honey farmer who publishes the addresses of Nazis he (regularly) falls out with. No sooner had Livingstone updated his Facebook status that he had finally found love (again), that old cynic in me had a feeling it would never last.

It’s not all bad news on the Nazi love scene, however. I’m not one to bring bad tidings so let’s all wish the founder of another Nazi terror group Ben Raymond, a happy 30th birthday for this Friday. Yes, while countless members of National Action, the group he formed, will be slopping out for their next few birthdays, Raymond is planning the biggest Nazi bash Swindon has ever seen.

First up on Raymond’s list of things to do on his big birthday, allegedly, is a ride in a Porsche. Yes, the old Nazi grapevine in that there London is certainly alive and kicking with gossip.

In recent months, while countless members and former members of his ‘youth group’ have been running and hiding, it would appear Raymond thinks he is a member of the Blues Brothers and for whatever reason, he is keen to get the gang back together. Now why would he do that?

Raymond’s name and that of other founding member Alex Davies have been all over the court trials of people convicted of membership of National Action but Davies and Raymond, incredibly, remain free! However, we’re not the only people to find this all a bit suspicious.

One Nazi who appears to have flocked back to be beside Raymond is Aivaras Darulis from Lithuania. Yes, despite allegedly ripping off National Action members for cash back in 2016, all is forgiven for ‘Ivan the Lion’, as he was known back when he was spraying shit and racist graffiti on walls.

Now back in the UK, Darulis has been issuing what we can only assume are death threats aimed at members of HOPE not hate staff. Maybe Darulis has forgotten the time Raymond, who has a very sick mind, interviewed him for National Action’s website and attributed a love of pederasty to him?

Anyway, here is what Darulis, back in the UK and staying at his Mother’s house and using the name Jovarus Stakenas has written, much to Raymond’s delight on Facebook:

Can’t remember when I was so angry. Just a heads up for fucking everyone, your boy is like hours away from you and about to do damage so think what you chat about. Talking about my fam will get you fucked up. Talking bout trial shit going on. Heard too much nasty things, people don’t do that.You know what I mean. Keep your trap shut, or say it to my face and I will slap you back into your mum bitch. I fucking thrive in prison so no way into scaring me with your little police, I fucked their laws like back home, I will fuck laws here too. Sell drugs, hurt people, fuck hoes fuck you too. My mother literally has more sympathy to our brothers and sisters in deep trouble now. She literally asked if she can come along to court or help somehow. And you chat shit.Nice, bruv. P.S. You know I can hurt you.

He has since deleted the Facebook profile he used to make the threats but one need not worry, we have screenshots of them as well as Darulius breaking the law further by disseminating National Action propoganda.

For Britain, not for Tommy

Much continued whining among the shrinking membership of Anne Marie Waters’ For Britain party about her rushing up to share a (potentially) illegal sausage with Stephen Lennon (aka ‘Tommy Robinson’) last week at his European Election launch in Wythenshawe. Back in sunny Essex, her most talented and often ignored election expert Eddy Butler was shaking his head that while she was running after Lennon, she has not been running after him quite so much.

In an attempt to soothe Butler’s brow, Anne Marie joined Butler and some of his team for drinks in Essex yesterday. However, writing privately, Butler remains perplexed and increasingly disappointed with the shape and direction of For Britain and Anne Marie Waters’ obsessions with UKIP and Stephen Lennon. “I happen to know he [Lennon] has been bitterly and aggressively slagging off UKIP, using the strongest terms, for weeks. But in private.
“I think the penny finally dropped and the scales fell from his eyes that they had used him – to fight off the threat from For Britain and gain members.
They were staring bankruptcy and collapse in the face at the time.
It did disrupt For Britain’s progress but hopefully that blip will be righted over the coming months.”

Sounds like another disastrous leadership bid by Butler is on the horizon, then.

From one sunken ship to another: Life without 'For Britain' leaves a few scratching their heads
HOPE not hate 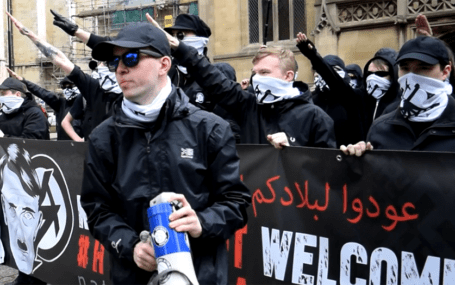