ISLAMOPHOBIA AS A RUSSIAN EXPORT 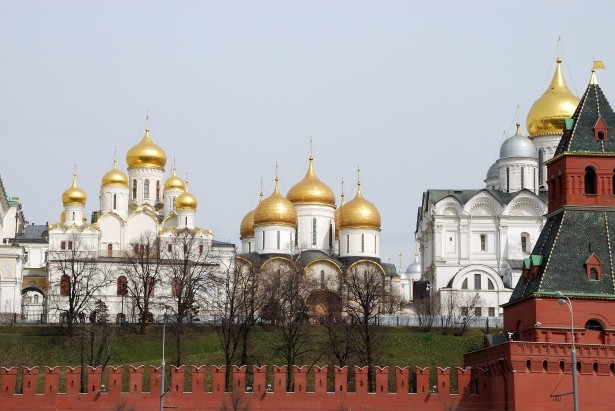 A clip from the Kremlin-funded TV channel RT made its way around social media over the last week. While the clip is a few years old, it was shared by anti-Muslim Twitter accounts who attempted to stoke up fear that Muslim immigrants would introduce sharia law in Europe and North America. It’s a poignant example of how anti-Muslim narratives have become part of the toolbox for Russian misinformation campaigns abroad.

The clip shows Belgian European Parliament representative Philip Claeys who talks about a newly funded Islam party. The news report however neglects to mention that Claeys is also a member of the far-right group Vlaams Belang, and while the Islam Party in Belgium does indeed exist and worryingly supports the idea of replacing civil law in Belgium with sharia law, it remains marginal at best. It has also been condemned extensively by Muslims in Belgium.

This wasn’t the first time the channel made heavily angled news reports that stoked up islamophobic conspiracies, such as the introduction of sharia law in European countries. Nor was it the first time they gave a platform to the far-right to speak uncontradicted. RT, along other Kremlin-funded news outlets like Sputnik News have made it a habit to take on far-right figures and amplify Islamophobic parties and organisations in Europe and North America.

Islamophobic activists that have been on the channel include some of the most well known figures in the field such as Pamela Geller who is behind the anti-Muslim website gellerreport.com, and Robert Spencer of jihadwatch.com. Likewise, they have provided extensive positive coverage of political parties such as Marine Le Pen’s Rassemblement National (formerly Front National).

It is also well known that a Russian influence campaign primarily run via social media channels like Twitter and Facebook attempted to sow discord during the 2016 US Presidential Election using social media accounts that were impersonating Americans, although being controlled from abroad.

Data released by Twitter revealed that the content posted from these accounts perpetuated a variety of narratives. The strategy involved accounts championing progressive causes, such as Black Lives Matter, as well as far-right and racist narratives. Some of the most widely shared posts by these accounts were also islamophobic.

The influence campaign wasn’t limited to the US either. British far-right activists engaged with the Russian fake accounts during the US presidential election, and the Russian accounts frequently retweeted anti-Muslim conspiracy theorists like Paul Joseph Watson whose tweets were shared at least 3,100 times by these accounts. There were also posts specifically targeting the UK. A recent report by Demos from 2018 showed that much of these were on the topic of Brexit but even more were about Islam.

Worryingly their activity also spiked after the terror attacks in the summer 2017. HOPE not hate also showed last year that @TEN_GOP was one of the most widely followed Russian accounts and that many of its messages were islamophobic and over a hundred were related to the UK. One of its tweets which was shared over 14,000 times read:

Reminder: Mayor of London Sadiq Khan was a lawyer for a 9/11 terrorist Zacarias Moussaoui and has ties with Islamists…

The mix of narratives, sometimes progressive, sometimes decidedly far-right, is an indication that Islamophobia is used as a tool rather than being an end in itself. According to Anton Shekhovtsov who has written extensively on the topic of Russian cooperation with the Western far-right, the narrative is used by Kremlin-connected actors to create support for pro-Russian groups (often in the shape of radical right parties) in order to gain international legitimacy and destabilise western countries and transnational organisations like the EU.

By amplifying and supporting pro-Russian and anti-EU actors like the French Rassemblement National and the Austrian Freedom Party, Russia gains international legitimacy at the cost of stability in Europe. Moreover, these parties has been used to attempt to legitimise actions by Russia that are otherwise almost universally condemned, such as the annexation of Crimea in 2014 where radical right parties were later invited as observers during the referendum.

However, the strategic nature of this support doesn’t make it any less dangerous. The RT reportage make use of heavily essentializing rhetoric about Muslims. Much of the output from Kremlin-connected campaigns, as well as a common perception in the far-right, pushes the idea that Muslims are inherently incompatible with Western societies. Claeys says that immigrants from muslim countries “cannot and will not adapt to our way of living”.

Sometimes this discourse is taken one step further into the idea of an ongoing invasion or future clash between the Christian West and the Muslim world, a common far-right narrative. For example, on the day of the EU referendum in the UK, a Kremlin-controlled Twitter account posted: “I hope UK after #BrexitVote will start to clean their land from muslim invasion!”.

It is important not to completely externalise the issue of islamophobia in Europe and North America. Doing so risks us applying simple solutions to a structural issue. Islamophobia was not invented by a Russian influence operation but is common in much of the far right. It is spread independently, free from foreign influence. After this week’s fire in the Notre Dame cathedral in Paris, anti-Muslim activists like Pamela Geller, Paul Joseph Watson and many others exploited what was confirmed to be an accident to spread conspiratorial ideas about Muslims on Twitter and their websites. Geller called “Notre Dame ‘Emblematic’ Of Christianity’s Decline In Europe” and continued “this large-scale vandalism and arson has only taken place after the Muslim migrant influx”.

Patrik Hermansson is a researcher for HOPE not hate.