‘Yellow Pests’ in peril as Nazi link up turns poisonous 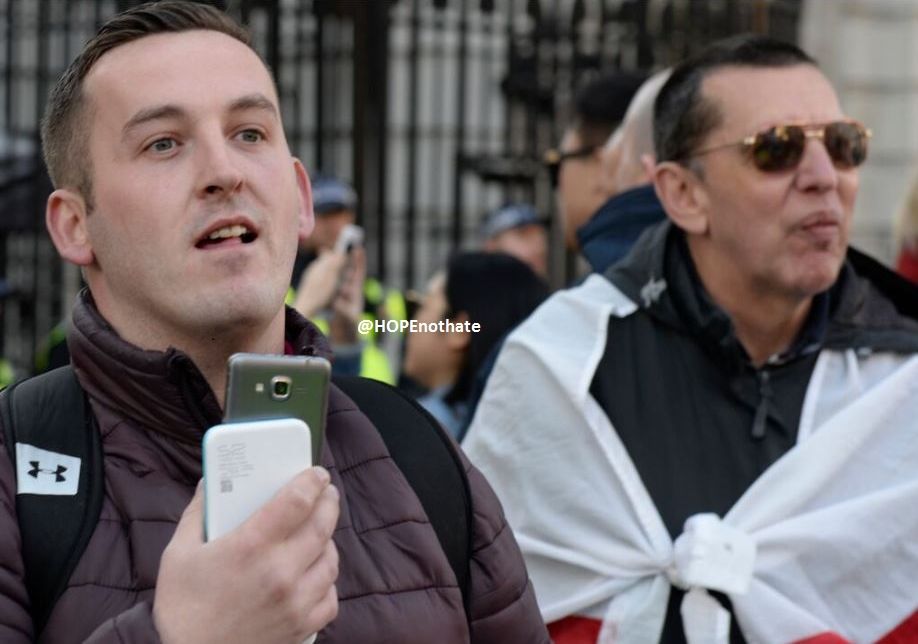 British fascists are a poorly organised bunch. Few could get their bowels in sync let alone run a train on time.

Maybe that is why there was so much excitement in their number last year when a few hearty Neanderthals donned worker attire to stop traffic, stop ambulances and stop work. All this done in the guise of chasing their conspiracy theories to summary conclusion.

It was the beginning of ‘DIY Season’, a nearly new phenomena whereby, armed with a smart phone, ‘Paypal Patriots’ could beg other dumb people to fund their patriotic piss-ups in the guise of giving it to the man – or most notably Anna Soubry, at least.

The purpose of the ‘Yellow Vest’ was to mimic the French Gilets Jaunes movement, similarly attired but with slightly more cerebral discontent than their counterparts, Les Rosbifs.

Les Enfants Terrible, that I have just christened the English yellow peril, have shown little more than a passion for recreational conspiracy theory, lethargic discontent and a desire to become embroiled in a cult of personality that is not Jeremy Corbyn’s.

Why, only last week, I had to ask the Moron-in-Chief that is the definition of a Paypal piss artist, James Goddard, whether he could actually prove Corbyn had given an alleged £20k “to the IRA.” Unsurprisingly, he could not.

One of the first British fascists to adopt a yellow vest was Mike Whitby, a comedic Nazi from Merseyside who is often alleged to have his fingers too close to the till when the pissheads feel patriotic.

Whitby is apparently currently trying to mount an appeal to free Jack Renshaw because he was not sentenced under English Law.  I’m not entirely sure what English law is, what with me being such an ignoramus, but I’m fairly certain it involves penetrable vegetables.

Another Yellow Vest has been neo-Nazi and white supremacist David Coppin, the Nazi with an Asian wife. And no, having an Asian wife does not prove he is not racist or a Nazi.

But not all the Yellow Vests were in it for recreational boozing and stupidity.  There are a small number who joined up as, among all the disorder, shouting and disharmony, the movement was a way of them airing a discontent with a political elite they felt had ignored them; an opportunity or opportunities to tell and show the world they were angry with their lot.

Some were seeking to redress hardships and pain brought about by the consequences of actions of others, an ignorance and or lack of understanding of the law, social services, poor responses from statutory agencies and mishaps that were not entirely their own fault.

As with the English Defence League (EDL) before it – a group to which the Yellow Vests are inextricably linked – they are a temporary body that has given an on and offline voice to people who struggle to find coherency from naivety at the directions and decisions of modern society.

As ugly as it often presents itself, in among them are often sincere but desperate people making an ultimately pointless scream into the ether. Now that something dark and sinister has presented itself, it begins to boil down to whom controls the vests controls the conspiracy.

Over the last couple of weeks an unholy row has broken out about its future direction. Its natural downward trajectory should be to wind up like the EDL, clinging a bottle of Stella to anti-Semitic and Islamophobic conspiracy theory in a Wetherspoons somewhere.

Last week, The Democratic Football Lads Alliance (DFLA) issued a statement saying it had and wanted nothing to do with the National Front. With growing pains come shrinking schisms.

The DFLA has taken umbrage after an unholy row broke out between Marion Rogers (formerly Pegida UK) Tracey Bugle (Mothers Against Sharia) and others over the growing influence of Nazis in the Yellow Vest movement.

Rogers has previous associations with the South East Alliance (SEA) of which we have heard nothing of late.  She claims Greek Cypriot heritage and was probably drawn to the fascist Paul Prodromou who led the group into partnership with the NF before it collapsed.

Bugle has had passing flirtations with both the EDL and the English Democrats.  She alleges that Rogers has allowed the NF to much influence in the group and that it has driven genuine people away.

The NF’s particularly dim leader Tony Martin has made it his business to hang out with the Yellow Vests in London, no doubt being responsible for growing anti-Jewish sentiment among the high-vis gang.

As the row intensifies and becomes more and more nasty, the last thing the DFLA wants is to be is dragged further into the mire by associations with the NF. Even Mussolini was sceptical of Nazis, you know…

The row has spread from London to the North East and North West with revelations about what the group does with its money. What with this being a family blog, we have no interest in repeating or printing pictures circulating about leading figures in the group.

The DFLA fears the split could even spill out and disrupt the activities of the Sunderland based Justice Women and Children group.

One revelation people are desperate to feed us is that Tracey Blackwell of the ‘Justice for our Boys’ group has allegedly been appointed the director of a North London care agency.

That suggestion is interesting on more than one level. For example a number of the her followers have a habit of both naming and accusing social workers of all sorts. That’s probably not in the Care Quality Commission’s manual. 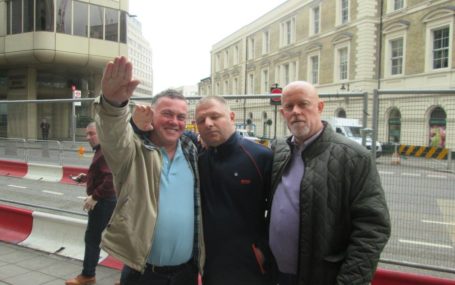