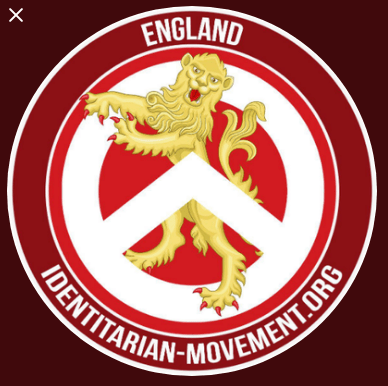 This past weekend saw the UK branch of GI hold its second annual conference in London, with British leaders quick to hail the event as a huge success and a sign of their progress and development.

However, the fallout from the event has been seismic, with the whole international GI network subsequently condemning the UK branch for their choice of guests.

Speaking alongside current UK leader Benjamin Jones was a series of special guests that included Anne Marie Waters of the anti-Muslim For Britain Movement and the racist New Right Croat Tomislav Sunić. Pictures later put on social media by Gi activist David Wright also appear to show the far-right YouTuber Tom Rowsell (AKA Survive the Jive) being in attendance.

However, the person that has caused all the problems is British alt-right YouTuber Colin Robertson (AKA Millennial Woes).

Robertson’s participation appears to have upset the wider GI network, and once news broke that he had addressed the conference a public rebuke on social media soon followed. All of the main GI Twitter accounts published the same statement:

It appears that the leadership of GI internationally are concerned about being officially associated with Robertson, who has a track record of very extreme and violent rhetoric.

In one video Robertson admitted to being “pro-slavery” and when asked how to deal with African migrants crossing the Mediterranean said, “We need to bomb them, we need to just torpedo them.” He is also outspoken in his opposition to “race-mixing” and against women having the right to vote.

When challenged on social media about Robertson’s extreme positions, UK leader Jones offered a laughably weak response, claiming “I’m for the free-exchange of ideas. We will never allow the hysterical to determine who we speak to and when; to do otherwise is defeat.” It is unclear here whether Jones is calling the leadership of GI “hysterical”, a move that will no doubt only serve to further anger the wider network.

However, it is important to note that the rebuke by the international network is motivated by optics and not outrage at Robertson’s extremism. GI have come under serious scrutiny in recent months after it emerged that the movement’s de facto leader, Martin Sellner, had links to the Christchurch killer and this is clearly them attempting to play down their well-known links with extremists like Robertson.

The hypocrisy is most clear when one considers how Sellner’s own wife and far-right YouTuber in her own right, Brittany Pettibone, has associated with Robertson and defended him on social media. Ironically, when Robertson was banned from Twitter Pettibone made the exact same argument as Jones, stating: “Millennial Woes has been banned from Twitter. The freedom to disagree and debate are what used to make Twitter an appealing platform, but these days, it‘s closer to a bland echo chamber.” It seems that it is one rule for Sellner’s wife and another rule for the GI UK leader.

More broadly, there will no doubt be a sense of grievance amongst GI UK activists, as Sellner himself has been hugely damaging to GI’s reputation, due to his links to the Christchurch Killer.

It is also very telling that the leadership of GI seem to have no problem with another of the conference speakers, Tomislav Sunić, who is also extreme and has strong alt-right ties. Sunić is a Croatian author and former university lecturer and a regular speaker in far right circles, having appeared at the likes of the infamous Holocaust denial organisation, the Institute for Historical Review and at the UK meetings of the British National Party and National Front. Sunić also hosted a show on the white supremacist Voice of Reason Radio Network until 2012, has been published by the US alt-right organisation, American Renaissance, sits on the advisory board of another US alt-right organisation, The Occidental Quarterly. Sunić is also a director of the white nationalist American Freedom Party, alongside influential antisemite Kevin MacDonald, who wrote the foreword to Sunić’s antisemitic book, Homo Americanus.

The Runt of the Litter

This fresh schism with the international network is just the latest in a long line of events that must be making the European leadership extremely weary of the UK branch’s continual mistakes.

The first major blow came as soon after the organisation launched, when then-leader Jordan Diamond distanced himself from the group following an undercover exposé by ITV, with the help of HOPE not hate, that caught Martin Sellner using a racist epithet while planning the official UK launch banner drop. The exposé scuppered the launch and embarrassed the UK branch in the eyes of the international network.

The next big embarrassment came when their next leader Tom Dupre quit after the nazi past of key UK GI organiser Tore Rasmussen was discovered by HOPE not hate and revealed in The Observer. The revelation came whilst GI UK were at the movement’s ‘Summer University’ training camp in France, leaving Dupre’s co-leader Benjamin Jones to run the branch without Dupre or Rasmussen.

In addition to this HOPE not hate have continually exposed the groups extremist links and scuppered their plans for growth.

Now, just as the UK branch felt it was back on its feet, they have managed to score an enormous own goal and once again upset the senior leadership of the movement.

It remains to be seen whether the rebuke on social media by the international network will be the end of the matter, or whether further reprimands will follow. Whether Jones will survive this storm or be made to fall on his sword is also an open question.

What is clear is that GI UK have once again been a source of huge embarrassment to the wider Generation Identity Movement.