From 24-27 October Orlando, Florida is the site of the 18th edition of the ‘21 Convention’, a conference which describes itself as ‘The Woodstock of the Manosphere’. The manosphere is a loose collection of websites, forums, blogs and vlogs concerned with men’s issues and masculinity, oriented around an opposition to feminism and, within parts, embrace of extreme misogyny and wider hatred.

Two of its speakers have particularly extreme views and ties in addition to their anti-feminism, however: Stefan Molyneux and Jack Donovan. The two appear on good terms too thanks to conspiracy theorist and fellow manosphere writer Mike Cernovich. In a Facebook post on 15 August Donovan wrote:

“By good chance and thanks to Mike Cernovich I first got to meet Stefan [Molyneux] at The 21 Convention 2019 Special Patriarch Edition for fathers held this past May, also in Orlando Florida.”

Stefan Molyneux, who has spoken at other manosphere events in the past including at another 21 Convention in May 2019, has long expressed extreme views on race. He has, for example, stated that he does not “view humanity as a single species” and has used his YouTube channel to favourably interview various promoters of pseudoscientific “race science”.

Over the last year Molyneux has increasingly embraced white nationalism and antisemitism, stating in November 2018 for example that he can’t “argue with the facts” about the former and tweeting in October 2019 that “If Jews are white, then they are at the very top of “white privilege.” Why is that never mentioned?”. In a video call with many of the key organisers of the 21 Convention in August 2019 a fan called in and asked Molyneux about his views on the “black IQ issue”, to which Molyneux responds “I stand with science, you can look at my interviews”.

In addition to Molyneux, another speaker worth drawing attention to is Jack Donovan, a manosphere author and speaker with close links to the wider far right. He was an early contributor to Richard Spencer’s alt-right site ‘Alternative Right’, and has written multiple articles for Spencer’s Radix journal published by his National Policy Institute (NPI) and the white nationalist Counter-Currents Publishing site. He also spoke at the far-right American Renaissance conference in 2014,the NPI conferences in 2014 and 2015, the Northwest Forum in February 2017, and the 2017 winter conference of German far-right think-tank, the Institut für Staatspolitik.

In May 2017, Donovan distanced himself from the label white nationalist although his website states at the time of writing that he thinks they are “not wrong about everything”. On his podcast Donovan has also hosted a variety of far-right figures including Austrian identitarian activist Martin Sellner, who received donations from and was in contact with the Christchurch terrorist attacker. Martin Lichtmesz, another prominent identitarian activist, translated Donovan’s book The Way of Men into German.

Donovan has spoken at multiple previous 21 Convention events. During his appearance at one iteration in Warsaw, Poland in July 2019 he shared on Instagram that he was able to catch up with his Polish publisher and his French publisher, Piero San Giorgio, a fellow speaker at the event. Giorgio is the author of Survive The Economic Collapse a survivalist book published in the US by Radix/Washington Summit Publishers, which is run by Richard Spencer. The book itself was translated to English by white nationalist author and manosphere writer Frances Roger Devlin.

Donovan joined the neopagan group Wolves of Vinland (WoV) in 2014, a group that attracted controversy when a member was jailed for attempting to burn down a black church in Virginia. Donovan states that he resigned from WoV in late 2018, and he is now involved with a new Germanic Paganism project, ‘Waldgang’, located in the Pacific Northwest, its next meeting taking place on 23 November. Donovan states on his site that he has helped promote ‘Operation Werewolf’, a group founded by Paul Waggener who also founded WoV. Donovan adds that he helped promoted it “occasionally when we were friends, but I was never an active participant.” 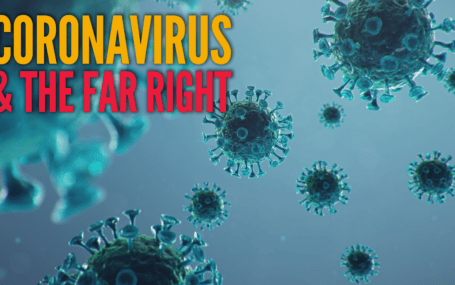 COVID-19 & The Far Right: Weekly Round Up
Ctrl Alt-Right Delete

COVID-19 & The Far Right: Weekly Round Up
Ctrl Alt-Right Delete 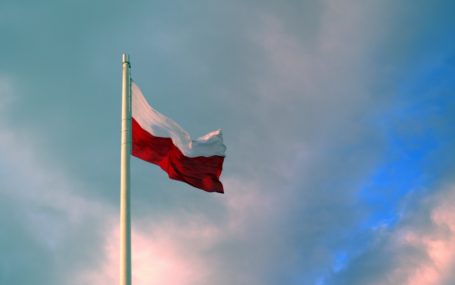