How NOT to interview an extremist 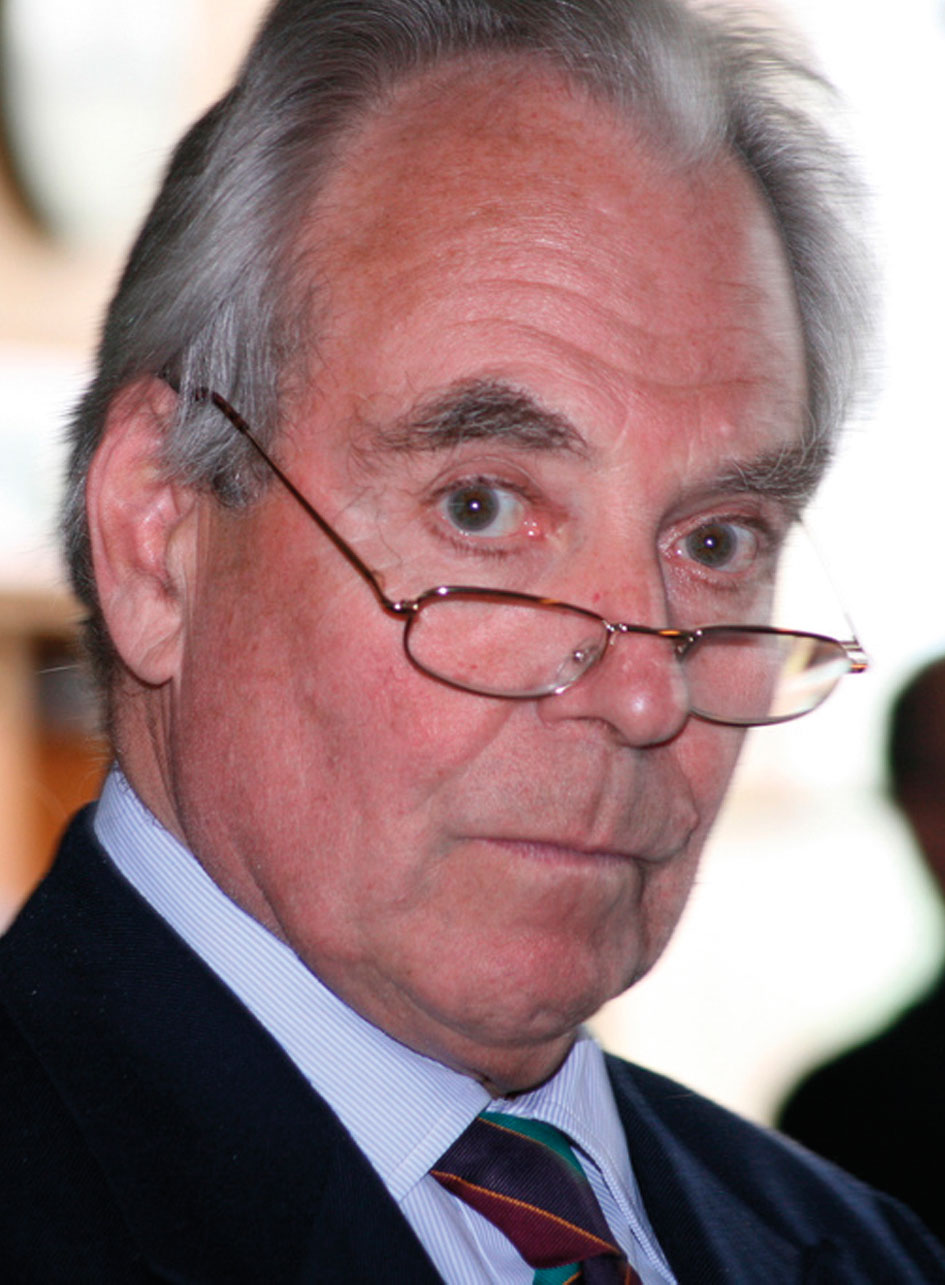 Ill-prepared interviewers run the risk of lending legitimacy to fringe voices. With a party, known for persistent Islamophobia within its ranks, winning a majority today, it is more important than ever for interviewers to do their homework.

Back in October, Lord Pearson of Rannoch announced that he had resigned from UKIP, a party he’d defected to in 2007 and led in the 2010 General Election. He cited two reasons for his departure: the perpetual infighting amongst the leadership, and his fear that the party’s NEC was “resisting a national debate about Islamism, which we urgently need”.

A few days later Lord Pearson was invited onto Sky News to explain his decision to Adam Boulton, and the ensuing interview contained a catalogue of depressingly familiar mistakes, ones we’ve seen time and time again when fringe and extreme voices are given national platforms. It is vital that broadcasters begin to understand the limits of their formats, the need for extreme views to be challenged and their responsibility to ensure that their platforms are not handed over to fringe elements to be used as a soapbox. The following should not be read as an attack on Adam Boulton or Sky News in particular, but rather an explanation of common mistakes that can be seen across the media as a whole.

When interviews are arranged with extreme voices – be they climate change deniers, far-right figures or Islamist extremists, the broadcaster has a responsibility to ensure that their viewers are aware that these people represent a minority viewpoint, and to provide counterpoints where possible. It is even more important to ensure that the interviewee is not provided a platform to misrepresent the opposing view. But in order to do this, they need to be well-prepared and familiar with the details of the topic. It is not safe to presume that the audience is familiar with the context and understands the variety of opposing viewpoints. The reason that extreme and dangerous viewpoints survive – and occasionally triumph – is that their proponents can be persuasive, and can exploit gaps in knowledge to portray their viewpoints as rational and moderate.

To take one example: the vast majority of us know without a shadow of a doubt that the world is spherical, and that it orbits the sun. But if you loiter in the stranger parts of social media, you might have come across the Flat Earther community, a network of groups and facebook pages pushing the theory that our earth is actually disc-shaped, with the sun and moon circling above it, and vast international conspiracy of scientists and politicians dedicated to keeping this information from us. But if you go there with the intention of debating its proponents, be warned: you’ll need to know your stuff. The debates involve highly technical discussion of planetary curvature, light refraction, lines of sight, camera lenses, CGI and the human eyeball. If you are unfamiliar with these topics, you will quickly find that you’re out of your depth, no matter how confident you feel that the earth is actually round.

A far more serious example is that of Holocaust Denial. No one truly doubts the historical fact of the Holocaust, outside of a subculture of hardened antisemites. But very few of us have studied the subject in sufficient depth to debate a determined holocaust denier who has spent years fabricating a detailed justification for their view. If the debate covers the topic of Auschwitz train timetables, gas chamber dimensions or Hitler’s personal correspondence, the vast majority of us would struggle to counter the lies with any detailed refutations. In the infamous legal case brought by the Holocaust revisionist David Irving against Penguin books, the defence team hired a noted historian who had to spend two years building the case against Irving. The Judge’s ruling ran to 349 highly detailed pages to counter his arguments – concluding, of course, that he was misrepresenting the facts. No matter how wrongheaded an idea, disproving it can be a technical process that requires a high level of expertise.

This problem is one that media outlets should be familiar with. In 2017, the BBC was criticised widely for an interview with Lord Lawson on the Today programme, in which he was allowed to make a number of false claims about climate change without being adequately challenged. Lord Lawson’s view of climate science runs counter to the overwhelming consensus among climate scientists, but he has looked into the topic in greater detail than the vast majority of the British public, particularly those with no background in science, and an untrained ear might have taken his claim that the planet had cooled in the past ten years as fact. Many have us have a tendency to defer to people who make detailed claims with great self-confidence.

With all of this in mind, Sky News should have been highly wary of inviting Lord Pearson on to discuss his views on Islam. Lord Pearson is not a scholar of Islam, nor has he held any official position that might have given him any unique insight on the topic. Indeed, he said at the start of his diatribe “I’m not a great expert on Islam…although I’ve been studying it for seven years”. This might have been a good point for Adam Boulton to query: studied in what capacity – in an academic sense? Has he read the sacred texts of Islam in their original Arabic, or studied under any noted scholars? (We might get a clue as to the type of studying he’s been engaging in from his written question to the Deputy Speaker of the Lords last year, demanding to know why access to a particularly extreme Islamophobic website was blocked on the parliamentary estate). The word ‘study’ can carry many meanings, and this would have been a good opportunity to establish Lord Pearson’s credentials – or lack thereof.

But this admission – that Lord Pearson is not an expert – should have been sufficient justification for the interviewer to prevent him from making detailed pronouncements on the topic. Yet just 20 seconds later, he is discussing the need for a “new form of Islam in this country – the Islam of Mecca, and not that of Medina”. So we then had a self-professed layman introducing his own detailed critique of Islam, with neither the interviewer nor the vast majority of the audience equipped to evaluate his theories. But there was worse to come when Lord Pearson asked Boulton if he knew what ‘abrogation’ meant. At this point, alarm bells should surely have been ringing for Mr Boulton, but rather than direct the topic back to safer ground, he admitted he did not and invited Lord Pearson to explain the concept. The answer given was hugely misleading, suggesting that abrogation existed as a general principle of Qur’anic interpretation, rather than one applied to a narrow and disputed set of verses, and conflating the entire Medinan period of revelation with the “sword verses”, which is a term normally applied to just a single verse. Irrespective of that, it is difficult to understand why Boulton was inviting a representative of a far-right party to explain a tenet of Islamic theology in the first place.

The rest of the interview was littered with false, misleading or unprovable claims, none of which were directly challenged by Mr Boulton, with the interviewer limiting himself to (rightly) criticising Lord Pearson’s ‘them and us’ phrasing. He claimed to have received a written answer from the government that stated that the ‘Muslim birthrate is going up ten times faster than ours’, but there is no evidence in Hansard that Lord Pearson ever asked or received an answer on that topic. He claimed that ‘In twelve years time, eleven local authorities including Birmingham will be majority Muslim’. He cited unnamed ‘expert Muslim advisers’ as the source for his claim that the Qur’an instructs Muslims not to mix with Jews and Christians.

Worst of all, he was allowed to end with a deeply alarmist anecdote about “one of the world’s leading Muslims” who had told a friend of his “we don’t need to go on blowing you up […] we will take over your culture with the womb and the ballot box”. There are so many things wrong with this that it’s hard to know where to begin. Lord Pearson was allowed to conclude on a totally unverifiable, third-hand anecdote that might well have been lifted from the Christchurch shooter’s manifesto, and faced no challenge on this or any of his other claims. It is akin to inviting an antisemite on to discuss the Talmud and end on a reading from the Protocols of the Elders of Zion.

If interviewers are not equipped to counter extreme narratives themselves, they should invite a guest who is able to provide balance and call out false claims. If they are unable to do justice to such a sensitive and potentially dangerous topic, they should not be covering it at all. This interview was a masterclass in how NOT to cover extremist viewpoints, and one hopes that Sky News and other broadcasters will be more careful in future.