Polling conducted on behalf of HOPE not hate this week has revealed some startling statistics about the spread of conspiracy theories surrounding 5G internet and COVID-19. Around 8% of the British public agree that the rollout of 5G internet is contributing to the spread of coronavirus, while 19% say they are unsure. Further illustrating its reach, 37% of the public say they have seen articles or videos discussing this theory in the past four weeks.

HOPE not hate have analysed a selection of fast-growing anti-5G Facebook groups and found a number of deeply worrying aspects of their content. We sent a dossier of evidence to Facebook, who have removed at least one group and much of the content we flagged. Their actions are welcome but we will continue to monitor the situation and hope to see further action in the coming weeks; as this report will show, these groups pose a particular risk to the safety and wellbeing of Facebook’s users and society as a whole.

The past week has seen at least twenty acts of vandalism and arson against mobile phone masts in the UK, instigated by a widespread conspiracy theory that links a variety of health problems to the rollout of 5G internet technology. The theory has existed for a number of years, but has received significantly higher attention in recent months due to the coronavirus epidemic and claims that it is either caused by 5G radiation or is a hoax to conceal its effects.

Posts and comments supporting the destruction of 5G telecommunications infrastructure are widespread in every anti-5G Facebook group we’ve examined. The prevalence of such comments may indicate either support for their views from the groups’ administrators or simply lax moderation, but in either case this represents a widespread and significant breach of Facebook’s community standards, which explicitly prohibit the promotion of criminal activity targeting people or property.

But there are other aspects of the content of these groups that are perhaps even more worrying. People seeking out information on the 5G controversy in Facebook groups will soon find themselves exposed to any number of alternative conspiracy theories, many only tangentially related to 5G, that incite mistrust not just of the government but of healthcare providers, scientists and public institutions. Many of these theories are implicitly or explicitly antisemitic, with the rollout of 5G and many other alleged crimes being laid at the feet of prominent Jewish individuals or organisations.

Many of these groups are growing at a significant rate. The largest group we looked at, STOP 5G UK, added almost three thousand members in just 24 hours between the 6th and 7th of April and had almost 60,000 prior to its deletion. One of the smaller groups, Direct Action Against 5G, was created on March 31st and gained over 1400 members in its first week. This means that an ever-growing number of Facebook users are accessing posts that promote antisemitic conspiracies and criminal actions.

There are other dangerous forms of misinformation that pervade these groups. For example, group members frequently describe what they believe to be the symptoms of living in close proximity to 5G mobile masts, including persistent headaches, nausea, heart palpitations and tinnitus. Anyone suffering persistent symptoms like these should be strongly advised to seek urgent medical attention; misdiagnosing the cause is likely to deter people from doing so and therefore highly dangerous. Moreover, the widespread belief in anti-5G groups that the coronavirus pandemic is a hoax to disguise the effects of the new technology pose a risk of disrupting measures to prevent the spread of COVID-19. Adherents of this theory will be less likely to observe vital hygiene and social distancing methods of preventing viral transmission if they do not believe that the symptoms are caused by a virus.

Below are example posts from three of the UK-based anti-5G Facebook groups we looked at. They represent only a small sample of similar posts within each group, and the three groups are just a small fraction of the broader anti-5G group network. They serve to illustrate the toxic cocktail of influences that exists in these groups, where antisemitic and anti-government conspiracies are combined with calls to illegal direct action. The rapid growth of these groups, combined with the dozens of acts of arson and vandalism that are linked to the movement, means there is a very real risk of escalation to violence against people, as well as a shift towards different, more sinister conspiracies.

With 59,000 members and hundreds of posts per day, STOP 5G U.K was the largest and most active UK-based anti-5G group prior to its deletion. In amongst the anti-5G discussion were hundreds of posts about unrelated conspiracies, including antisemitic posts about supposed Jewish control of the world and the pro-Trump ‘QAnon’ hoax.

Founded over two years ago, the 5G and Microwave Radiation group has seen its membership almost double in the past month, taking it to over 17,800 members. The group is awash with alternative conspiracy theories that have little to do with the apparent subject matter of the group, such as links to articles entitled ‘QAnon reveals Vatican Rothschild Reptilian Connection behind the Deep State’.

Created on 1st February 2020, the 5G awareness > The Truth group has gained almost 11000 members in just over two months. Group admins are proactive in encouraging members to invite their Facebook friends to join the group, and claim to have another five thousand membership requests waiting to be processed. 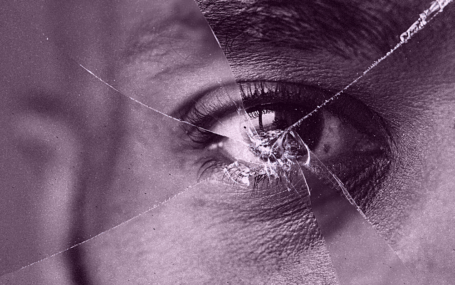