Bitchute: Platforming Hate and Terror in the UK

1
Bitchute exists to circumvent the moderation of mainstream platforms, and is an increasingly important hub for terrorist propaganda, incitement to racist violence and Covid-19 misinformation.
  
2
Almost every recent Facebook post we have seen promoting Nazi propaganda films were links to BitChute, while wildly misleading and harmful conspiracy theory documentaries that were quickly banned by YouTube, such as the Fall of the Cabal, Plandemic and Out of Shadows have gone on to rack up millions of views on their BitChute uploads.
  
3
That absence of moderation and willingness to host hateful content is the unique selling point of Bitchute.
  
4
Our research shows that BitChute is knowingly playing host to terrorist propaganda and incitement to violence. Our research has identified 114 videos in support of proscribed terrorist groups on BitChute, including 23 videos in support of National Action and 86 videos promoting the Islamic State group.
  

Over recent months HOPE not hate has watched with increasing alarm as violent, racist and harmful videos are posted on social media platforms using the video-sharing platform BitChute as their host – circumventing the ban that most major platforms have placed on the sharing of this content.

Bitchute is a UK-based video-sharing platform – founded by tech entrepreneur Ray Vahey in 2017 – whose stated purpose was to offer a platform for content that had been banned from other sites.

Vahey said that his idea for the site came from:

“seeing the increased levels of censorship by the large social media platforms in the last couple of years. Bannings, demonetization, and tweaking algorithms to send certain content into obscurity and wanting to do something about it.”

With this as a core mission, it comes as little surprise that the site has attracted a vast array of vile – and often illegal – content.

This cannot be allowed to go on. Change is needed:

BitChute’s behaviour is a particular challenge for social media platforms where BitChute content is shared. As a result of our research Facebook have deleted swathes of links to BitChute posted on their own platform.

Erin Saltman, EMEA Head of Counterterrorism and Dangerous Organisations Policy for Facebook, told us: “Hate speech, violent extremist groups and dangerous organisations have no place on our platforms and we are grateful to HOPE Not Hate for sharing their research around new methods used to promote this content online. We have taken firm action based on the findings of this report to ensure that hate-based organisations are not our platform, removing and blocking the vast majority of content shared with us. We will continue to work with partners and experts to stay ahead of those seeking to spread hate and violent extremist content.”

This is a welcome move. But more is needed to reduce the harm done by BitChute’s behaviour. We’ll be pressing for social media companies, the police, and the Government to take action. 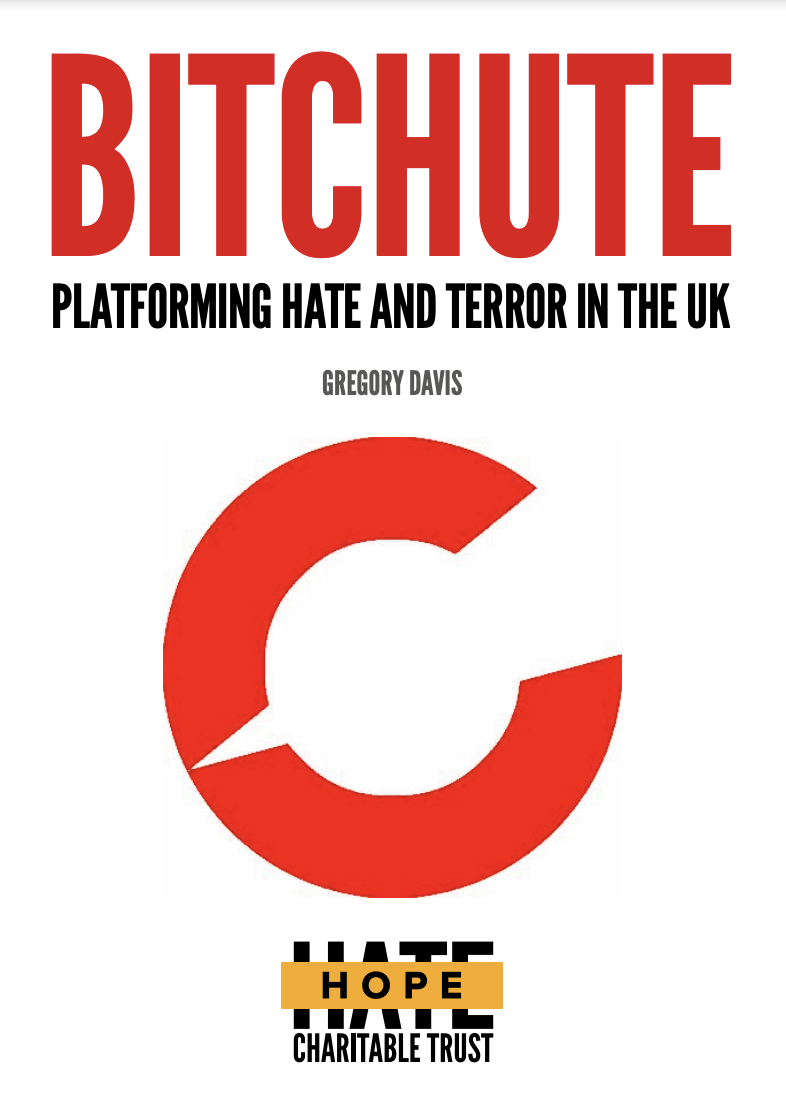 BITCHUTE: PLATFORMING HATE AND TERROR IN THE UK