Minority Communities in the Time of COVID & Protest: A Study of BAME Opinion

During a time when questions of race relations, racism and systemic discrimination in British society have come to the fore, HOPE not hate Charitable Trust and the Joseph Rowntree Trust have conducted a major survey of opinion across Britain’s Black and ethnic minority communities to better understand our country’s experiences during this time.

1
Although much of the British public is ready for a more progressive debate on racism in the UK, for most understandings of racism continue to centre on a racism of intent: a binary of “racist” or “not racist”. There is a gap in understanding where people are confronted with racism but don’t see intent.
  
2
We find that there are shared experiences and perspectives that come from being an ethnic minority in the UK that are useful to understand as universal issues, but also that variations, and sometimes competing interests, mean that solutions will require a more detailed understanding.
  
3
Our polling showed that whilst people had serious concerns about the police most didn’t think the majority of police were racist and many thought the statue debate a politically correct distraction.
  
4
Racism continues to shape the experiences of minority ethnic people in Britain today, but different groups and generations have had very different experiences, and as a result see the issues and solutions differently.
  
5
There is widespread anger in the way that the government has handled the response to covid-19, which has disproportionately impacted BAME people.
  

Our rare survey looked at opinion on a range of social and personal issues from Black Lives Matter protests, debates over statues and historical racism, the effects of Covid-19, views on policing, intercommunity relations, identity and more.

Though the limitations of the administrative term BAME are well debated, our unique sampling of just ethnic minority communities gave us a chance to outline both the universally shared experiences resulting from being a minority and the unique perspectives of the many varied faiths, races, generations and heritages within Britain. 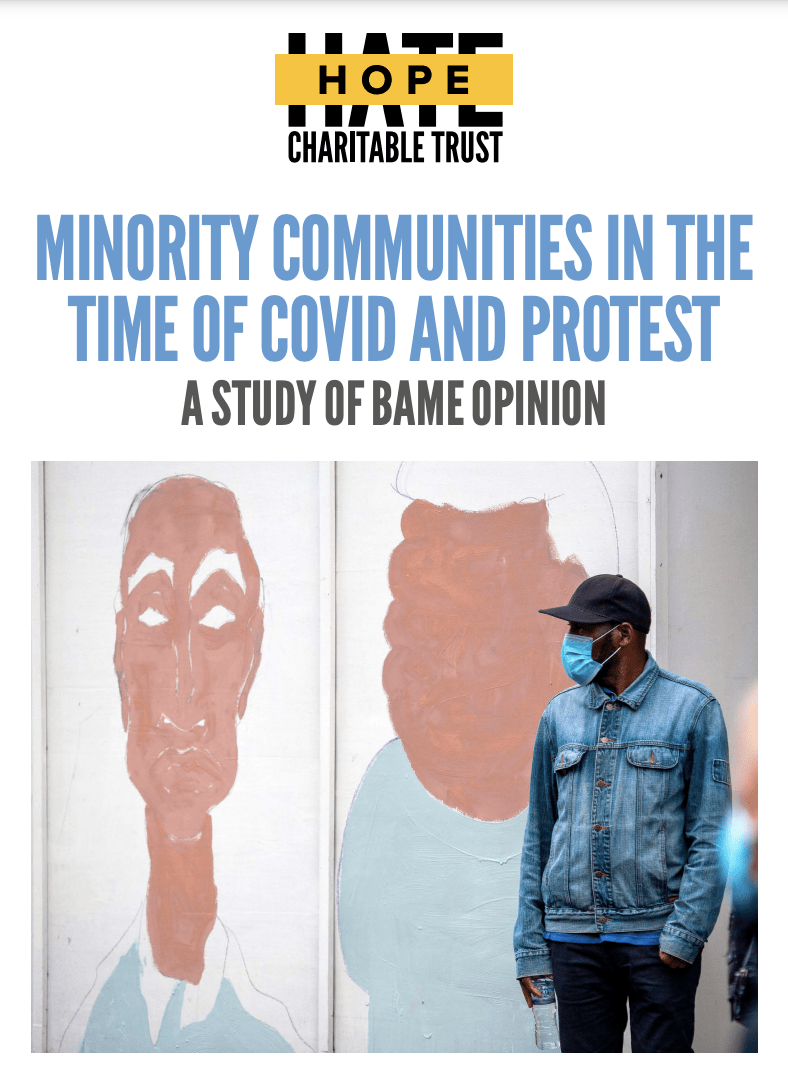 Minority Communities in the Time of Covid & Protest

Read the full report ‘Minority Communities in the Time of Covid & Protest: A Study of BAME Opinion’ to find out much more.
Download