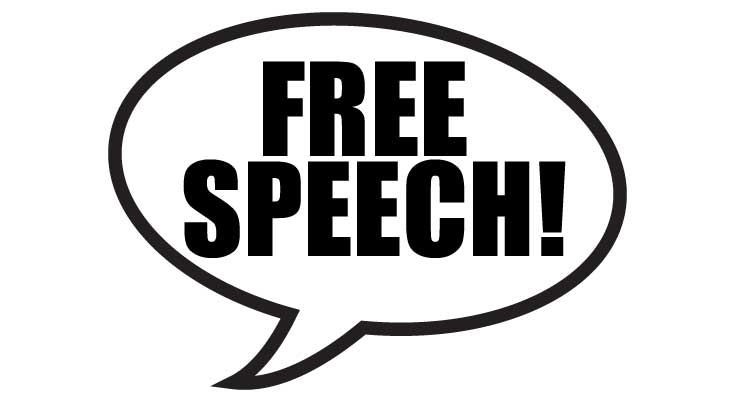 This week’s installment of our exploration of free speech and the far right and radical right investigates how Stephen Yaxley-Lennon (AKA Tommy Robinson) uses free speech laws and traditions to further his own hateful messages.

Throughout his career in the far right, Lennon has been considered by his followers and much of the far-right world (and even more mainstream figures) as a poster child for the defence of free speech; exemplified by his starring in a 2019 documentary amongst other high-profile far-right activists on the subject entitled “You Can’t Watch This”.

As early as 2009, the BBC reported that Lennon was leading rallies in various town centres chanting “Those are our town centres, and we want them back” and “Muslim bombers, off our streets” indicating that he wanted to shut down the voices and freedoms of Muslims living in the UK.

In March 2018, Lennon was permanently banned by Twitter. Before this initial ban, Lennon’s Twitter account was full of calls to silence and bar UK Muslims from speaking and living their lives tweeting the likes of “I’d personally send every adult male Muslim that has come into the EU over the past 12 months back tomorrow if I could”; further evidence of his desire to amplify some voices and bar others.

Lennon’s ban from Twitter, alongside a growing focus on the issue amongst the British far right, prompted one of the largest far-right rallies in the UK in decades, the “Day for Freedom” rally, in which notable figures from then-Breitbart London editor Raheem Kassam to then-UKIP leader Gerard Batten spoke on the issue of free speech. In his speech Lennon positioned himself and his supporters as those on the political spectrum who do, in fact, believe in, and fight for, true free speech and bemoaned its state in Britain, claiming that:

“We live in a post-free speech era. There is no pretending it. We don’t have free speech. Everyone talks about free speech. We have no right to free speech in the UK. Does anyone really feel free saying their opinions? Do you feel free with your bosses at work? Most people have to hide the fact they even come to these demonstrations. That’s not freedom.”

In February 2019, roughly a year after his removal from Twitter, Lennon was further deplatformed and removed from Facebook, where he had more than one million followers. Forced to engage with less mainstream platforms such as Gab, Telegram, and VK, Lennon lost his primary means of communicating and organising with his supporters. Later that year in April, YouTube followed suit and placed some restrictions around his channel, resulting in his views collapsing. Since then he has been extremely vocal about his opinions regarding social media and media companies in general and the fact that they have the ability to control who gets heard on their platforms and who does not.

Also in 2018, just months after Lennon’s “Day for Freedom” rally, he was jailed for contempt of court for livestreaming the defendants outside a criminal trial in Leeds, in violation of court-ordered media restrictions on reporting on the case. The case involved the trial of a group of British Asian men accused of child sexual exploitation, which Lennon held up as emblematic of the problems with Muslim communities in the UK. When Lennon was jailed for this, the hashtag “#FreeTommyRobinson” began trending on Twitter and far-right leaders around the world – even including those in the mainstream, most notably Donald Trump Jr. – were calling for his release and warning of similar supposed suppressions of free speech elsewhere.

In March of 2018, Lennon was again guilty of advocating for his beliefs to be shared while silencing the opinions and expressions of others, in this case Muslims again, at a speech at Hyde Park Corner. After the Austrian far-right leader Martin Sellner was barred from entering the UK where he was scheduled to speak to a group of supporters at Speakers Corner in Hyde Park, Lennon decided to deliver the speech on behalf of Sellner.

The speech, which declared free speech was under threat and particularly when it came to speaking out against the ‘Great Replacement’ (a conspiracy theory that white Europeans are being ‘replaced’ by mainly Muslim, non-white immigrants), sparked fights between Lennon/Sellner supporters and counter-protestors, including Muslim YouTubers Ali Dawah and Mohammed Hijab. Lennon’s supporters positioned themselves as victims of police conspiracy, when, in reality, the police were there to keep the peace and let all voices be heard. Markedly, we see hypocrisy here in that the nature of the speech in practice encourages silencing of those Lennon and Sellner disagree with.

More recently, Lennon took to VK to share his belief that so-called “patriots” should join in the streets to defend statues of Winston Churchill and others from BLM protesters, adding that calling Churchill a racist was abhorrent and saying “that man […] led our country through that…war. How many people sacrificed their lives in that war? And you just turn up and think you can deface him.”

Whereas BLM and the movement’s supporters may argue that the removal of statues is a sign of a modernising and more equitable Britain, and indeed a demonstration of free speech being used to encourage acknowledgement of genuine racism in the country’s history and an understanding of how this connects to contemporary issues, Lennon believes firmly that it should be stopped and that the work of his supporters to reverse such efforts should continue.

As evidenced, Lennon, and his contemporaries on the far right, call for silencing and further marginalising of already marginalised groups, while advocating for their own platforms to be amplified. With a particular focus on silencing Muslims and pushing for freedoms on the internet and various social media platforms, Lennon continues to paint himself as a poster child for free speech, all the while using the (qualified) freedoms afforded to UK citizens to speak out against others.

In next week’s installment, we will continue to explore case studies of free speech in the far right and radical right, analysing the relatively new, ethno-nationalist political group Patriotic Alternative. 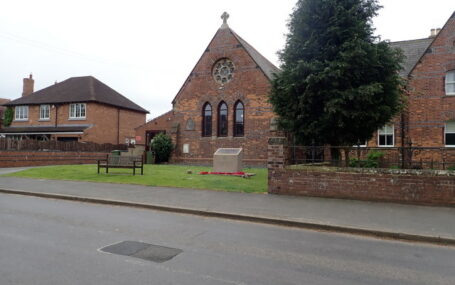