Far out fallout at the square 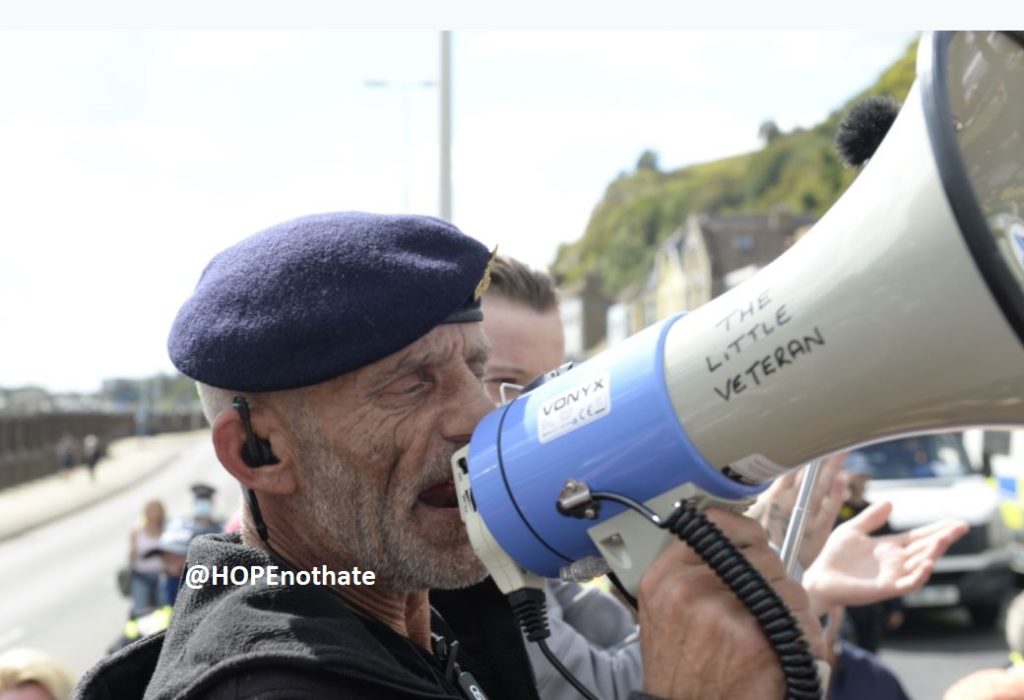 There was lowbrow drama at the BBC in London yesterday when different identities rocked up for a protest but had to be turned away due to Covid restrictions.

That in itself was probably a conspiracy. The protesters then made their way to Trafalgar Square- where no such restrictions appear apparent to the environmental group Extinction Rebellion. That was annoying and of course, further evidence of a conspiracy afoot.

The BBC has always been a popular target for conspiracy and angry types and this has hardened of late, what with them continually repeating and rehashing old episodes of Eastenders during lockdown.

The corporation certainly hasn’t been the same since they canned Why Don’t You? many moons ago, leaving the good young folk of this country without much to do but bow to the increasing attractions of a louche life of laziness funded by PayPal donations and sales of tin foil headgear.

Many have convinced themselves the BBC is the beacon for all that is wrong with this country. Funded as it is by the Soviet Politburo, the BBC has been at the forefront of emasculating the English male with cookery shows, vegan alternatives, female football pundits and subtitles available in Welsh. In fact, it’s a little known fact that The Radio Times is a direct translation of Pravda. Yes, the BBC can do little right. As one young man told my mate Lewis, it (the BBC) has also been remiss in not reporting the apparent immigrant invasion he saw on the news.

Centre stage yesterday was an old friend, and an apparent new friend of ours.

Most of you will recall the dynamic dreamboat of Yellow Vest infamy James Goddard who was for about a month a poor man’s Stephen Lennon aka ‘Tommy Robinson’ chasing MPs around London shouting ‘Nazi’ at them and asking everyone to donate money to him for the very privilege. He later excelled further when he was the apparent victim of a conspiracy to ensure he failed to fill his nomination forms in properly so he too could stand as an MP himself.

Goddard has reinvented himself of late- except for getting a job that is. No longer is he a poor impersonation of Lennon/Tommy Robinson. Goddard is now a fully- fledged, proper white supremacist. He’s now a dedicated follower and admirer of the superbly formed specimen that is Mark Collett and his neo-Nazi party (registered at a language school of all things,) ‘Patriotic Allotment’. Goddard even has himself a ‘14 Word’ jumper, the rebel.

Goddard went to London because he has considerable man beef with the rising popularity of the ‘Little Veteran’ (main pic) a former soldier who seems to confuse the left with the far right and swear a lot.  The ‘Little Veteran’, real name Nigel Marcham, had his zenith when after hours of swearing, he was arrested in Dover at the weekend and bundled to the ground by the police.

At Trafalgar Square Goddard confronted Marcham over calling him a “nonce” during a previous livestream.  Yes, absolutely every thought, grimace and flatulent opinion is now broadcast live and unedited to whoever wants to watch and listen to these people and so was yesterday no different. Broadcast live to the nation, well a couple of hundred people at least, Goddard demanded an apology from Marcham but none was forthcoming. He demanded again, but still no apology or retraction was forthcoming. As soap operas go it had all the tension of a showdown between Ali Osman and Arthur Fowler on Albert Square and as the credits rolled on Trafalgar Square and Goddard exited, I still don’t know who fathered Michelle’s baby.

The journey to London wasn’t completely wasted for Goddard. Point made (or not) he went back to his budget hotel to go live with his own stream explaining his actions. Now with floppy unkempt hair which he kept flicking from his round, Aryan face, Goddard wanted to set the record straight. He need not have bothered, but there you go. The person responsible for the rise of Marcham is according to Goddard, Stephen Lennon himself. As well as “Little Veteran”, Marcham has also been calling himself “Nobby Robinson” with Lennon’s apparent blessing. It may well be, I don’t know, that Lennon is franchising the name Robinson.  Lennon certainly saw the confrontation and condemned Goddard for confronting Marcham. To keep up with all of this you have to be prepared to switch between various internet threads and feeds, but as most people are adept at switching television channels during commercial breaks, this is no major ask.

Since confirming himself a dedicated follower of fascism Goddard has mainly spent time on his considerably smaller livestreams taking aim at Stephen Lennon aka Tommy Robinson for all manner of ills, mainly for not being an Antisemite.

While Goddard was offering to debate Lennon (Lennon with an Israeli flag and Goddard with a portrait of the traitor Moseley) a video surfaced elsewhere on the internet of Marcham trying to recruit security because he is now the apparent “target” of HOPE not hate!