Wherever we live in the world, we, Black Americans, cannot escape the feeling of collective grief that has overwhelmed our community after George Floyd, a Black man, was murdered by a white police officer in Minneapolis.

Watching the widely circulated video showing the last moments of Floyd’s life, I felt the devastating pain and anger at the never-ending injustice that Black Americans face in their own country. It was not so long ago that we marched in New York over the brutal death of Eric Garner at the hands of the police – another Black man who died pleading “I can’t breathe!” It was not long ago that protests were held for other Black victims of white supremacy – all clearly ignored by the system which supports and protects Black oppression.

Sitting in my small apartment in Berlin, I also felt the survivor’s guilt – the guilt of knowing that I have escaped the gruesome reality of Black life in America, which was once again laid bare by the recent cascade of Black death – from the killing of Floyd to the killings of Ahmaud Arbery, Breonna Taylor, Tony McDade, Rayshard Brooks and many others whose stories have not made it to mainstream media.

“I also felt the survivor’s guilt”

And then the streets of America erupted. Hundreds of thousands braved a pandemic and sadistic police brutality to declare that Black lives matter and enough is enough. Hundreds of thousands persisted in their protest, as the US president threatened “where there is looting, there is shooting” and officials called for the army to be deployed and martial law.

They resisted, as the media tried to distort their demonstrations and politicians and pundits conspired to shift the conversation towards piecemeal reforms.

Despite the repression, slander and obfuscation, the new iteration of the Black Lives Matter protests led by Black women, men and transgender and other queer people, persevered and stayed on course.

It was inspiring to watch from afar their political acuity and tenacity and their insistence on revolution, not reform.

It was breath-taking to see their spectacular success at putting prison abolition and defunding the police on the current political agenda and drawing attention to divestment from oppressive policing to investment in communities to address housing precarity, economic inequality and health disparities.

My pain was mixed with elation and pride watching people articulate versions of freedom that I have believed in for years – a Black freedom struggle that does not leave anyone behind and that is grounded on full equality through revolutionary change, not symbolic reform.

Indeed, I so wished I was in the United States to take part in this historic moment, in this revolutionary movement. But return home for me is not an option. I am in debt exile – a consequence of the same economic oppression that leaves so many Black Americans destitute.

Apart from a student loan of $120,000, what keeps me away from the US is also the trauma of Black life. My family, too, has been affected by the American carceral state which preys on Black people.

In 2014, my brother – who suffers from schizophrenia – was incarcerated for more than eight months for trespassing on someone’s lawn and in 2019, he was shot and survived a gun wound. Some of my cousins are currently imprisoned in the state of Florida, awaiting their release, while being in solitary confinement to avoid contracting COVID-19.

Similar to James Baldwin, who fled suffocating racism and spent some pivotal years living in Europe during the civil rights movement, I feel guilty about living abroad during this moment where I am afforded the space to write, breathe, and be debt-free.

But unlike Baldwin, I cannot return. After three years of setting up a home in Berlin, building a community with local activists and artists, and finding stability for the first time in my life, a return to the US would be a reckoning with the full gravity of being Black in America – it would be a return to the indebted and worried existence of physical and economic survival, and that is something I can no longer bear.

But, we, Black American emigres, did not watch idle the revolutionary momentum that the George Floyd protests triggered.

The anger, pain and despair that poured out in the streets of America were so powerful that they shook the whole world, inspiring solidarity protests in dozens of countries, which gave more ammunition to challenge police state violence and the legacies of colonialism. And we joined.

“The anger, pain and despair that poured out in the streets of America were so powerful that they shook the whole world”

In France, Black Parisians reignited the struggle for justice for Adama Traore, a 24-year old Black Parisian who died in police custody.

In England, protesters attacked the statue of historic figures who played a leading role in British imperialism and the slave trade, starting a nationwide conversation about the whitewashing of British colonial history.

In Belgium, after mass protests forced the removal of several statues of King Leopold II, notorious for his barbaric rule of Congo; they also prompted the head of parliament to call for a truth and reconciliation commission to address colonial time crimes.

In the Netherlands, demonstrations elicited calls for the use of blackface to portray “Black Pete” in Christmas celebrations to be banned.

In Brazil, the last country in the Americas to officially abolish slavery, there have also been protests in support of Black Lives Matter. The country itself is still struggling with the anti-Black racist legacy of its colonial period and the brutal US-backed dictatorship during the Cold War period. There, too, Black people are the main victim of police brutality and systemic discrimination.

In Australia, protests have pushed to the fore public discussions about white settler colonialism and state violence against the Aboriginal people, which the white majority has long sought to suppress. In fact, the local authorities sought to ban protests in cities like Sidney, using the COVID-19 pandemic as an excuse.

In Germany, local protests which were held not just in Berlin, but in other large cities across the country, also sparked national conversations about racism. Many people, including white Americans I know, insist that racism is not as bad in Germany as it is in the US. But official statistics, as well as testimonies of brown and Black people, tell a different story.

These protests offered a much-needed space for me and other Black Americans to voice our pain publicly. I spent three weekends protesting with hundreds of people outside Brandenburg Gate, tens of thousands at Alexanderplatz, and several thousand in Hermannplatz, chanting, grieving, and decrying the ongoing assault on Black life in America and around the world.

Indeed, deep-rooted, debilitating, structural racism is an international problem. It is a transatlantic creation, forged and maintained by white people in both Europe and the Americas and it is heavily interlinked. White supremacy and neo-colonialism do not stop at national borders but rather form transnational systems of oppression that subjugate, exploit, and brutalise for the benefit of the white elite at the top.

I, as a Black Haitian-American, have experienced racism both at home and abroad and I see these experiences in a continuum. And I have come to believe that the anti-racism struggle may take different forms in different places, but if we want honest and concrete ways to address the violent histories that we have inherited, then we have to engage in the fight against racism globally.

The renewed momentum of the Black Lives Matter movement sparked by the death of George Floyd has opened up spaces for this kind of global struggle against racialised violence, oppression and neocolonialism. And people like me, guilty survivors of racist oppression in the US, are able to find renewed meaning in our struggles.

“Once you find yourself in another civilisation,” Baldwin noted, “you’re forced to examine your own.” And it is from this distance, as a writer and an activist that I am honing in and participating in anti-racism activism here in Europe, the birthplace of white supremacy and colonialism.

As a descendant of Africans who were enslaved and forcibly transported to the Americas, I am challenging racism on the very continent from where the enslavement and subjugation of my ancestors were organised, directed and justified. This gives me space and perspective to grapple with this complex centuries-old system of oppression from its roots all the way to its many modern-day manifestations both locally and internationally.

Edna Bonhomme (@jacobinoire) is a writer and historian of science based in Berlin, Germany.

This article originally appeared in Al-Jazeera Opinion; reprinted with permission 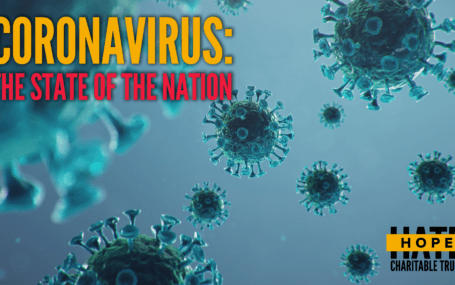 Vaccine hesitancy: why it is happening and what we can do about it
Magazine 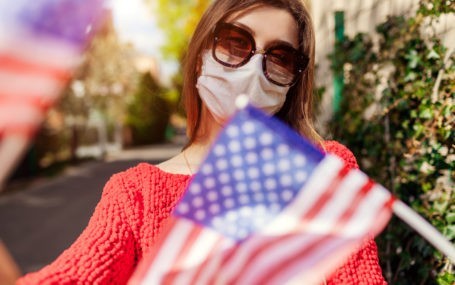