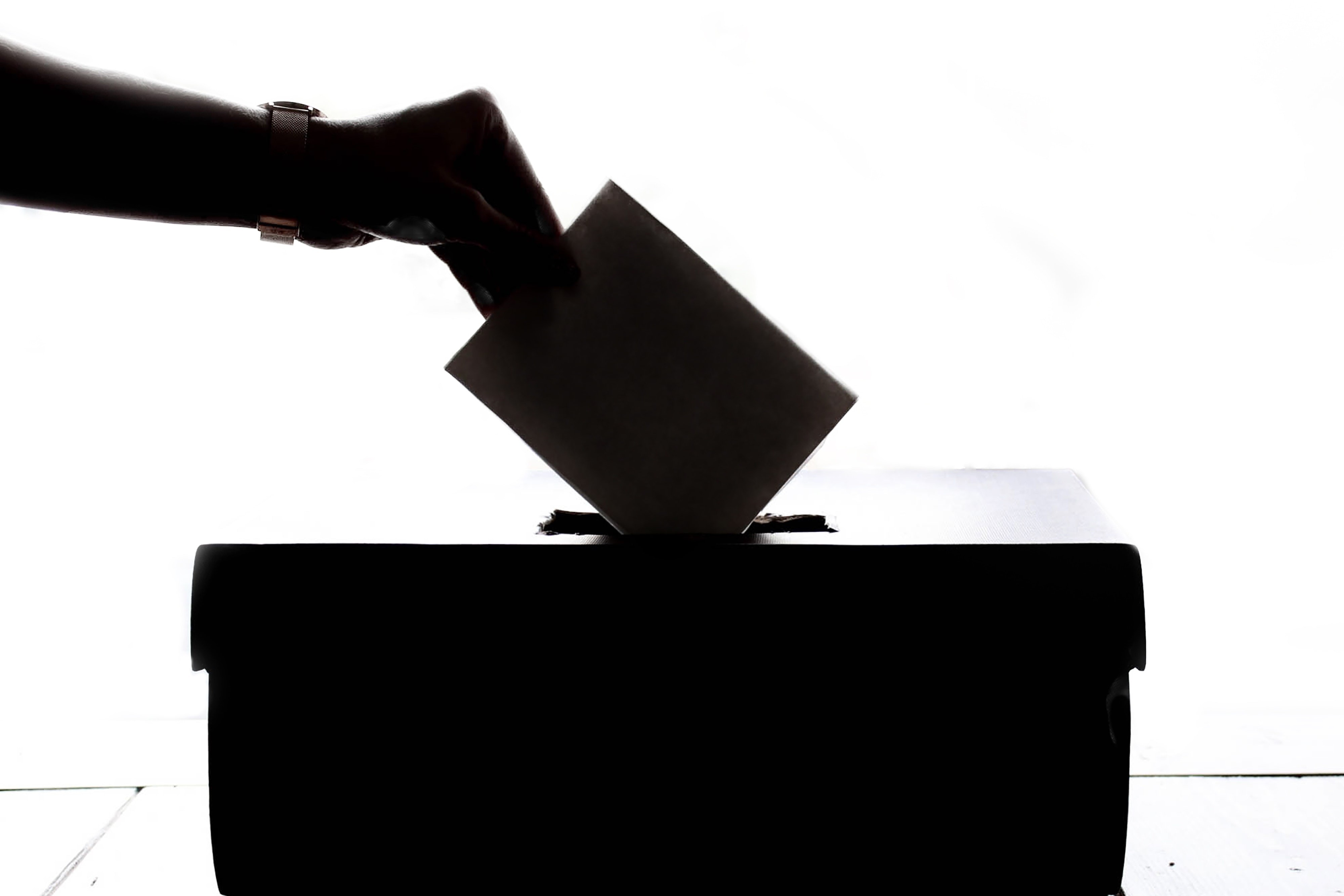 The first major round of post-Brexit elections in Britain have been catastrophic for the electoral radical right and far right.

The 2019 local elections, which took place in a climate of intense Brexit anxiety, were marked by a surge towards independents and smaller parties, but this year Boris Johnson’s Conservative party has scooped up sections of the right-wing populist vote previously harnessed by UKIP and the Brexit Party. While a handful of far-right activists have snuck in under various banners, across Britain the results for the scattered and fragmented nationalist milieu have been dismal.

The results mark a defeat for the electoral far right, but not necessarily the views they espouse. The Tories owe this victory to a variety of factors, not least a successful vaccination programme. However, Johnson has also tapped into right-wing populist political currents by adopting anti-immigration and “culture war” messaging, effectively squeezing out radical and far right groups.

Moreover, without a viable electoral route, the British far right has increasingly emphasised other forms of activism in recent years, posing different threats.

Below is an overview of the fortunes of the radical right and far right at the 2021 elections.

Reform UK (REFUK), the populist right party formerly known as the Brexit Party, has endured a humiliating collapse, with the future of the party now in question.

Having lost its primary campaigning point (Brexit) and talismanic leader (former UKIP leader Nigel Farage), its uncharismatic new head, Richard Tice, has attempted to refocus the party on lockdown scepticism and parliamentary reform, but has singularly failed to excite voters.

REFUK fielded just 270 council candidates and won a mere two seats. Democracy Club has calculated that the party received just 0.23% of the valid votes cast in the 2021 local elections. This is a far fall indeed for an outfit that won the European elections in 2019.

The most dramatic illustration of this collapse was the Hartlepool by-election, where the Brexit Party scored 25.8% in the 2019 General Election, its third best result. This year, REFUK scored a measly 1.2%, beaten even by the Heritage Party (with 1.6%), the newly-formed, microscopic anti-vaccine UKIP splinter. REFUK also lost its councillor in Hartlepool (Throston ward), as John Tennant, a former Brexit Party MEP, crashed into last place with 11%. Tennant was one of REFUK’s strongest polling candidates across the country.

REFUK’s two victories occurred in Derby, securing 43.9% in the Alvaston ward and 57.3% in the Boulton ward, with its 17 Derby candidates averaging 8.5%. This result is hardly a success, however, given that in 2019 UKIP averaged 16.3% and scored 56.4% in Alvaston, and the party was already much diminished by this stage.

REFUK attempted to exploit culture war sentiment, and to this end forged an alliance with the divisive opportunist Laurence Fox. However, despite receiving inordinate media attention, the former actor managed just 1.9% in the London mayoral race, losing his deposit. REFUK’s London-wide list candidates for the Assembly averaged 0.9%, edged out into tenth place by the tattered remnants of UKIP (1%).

In an email to supporters, party leader Tice claimed that he was “naturally disappointed”, but affirmed that “Reform is here for the long term”. It is clear that if the party requires a major strategic overhaul if it is to survive in any meaningful sense, and that path to recapturing relevance will be very long indeed.

Unsurprisingly UKIP, which has imploded since the 2016 EU Referendum, remains confined to the fringes. Now under the leadership of disgraced former Tory MP Neil Hamilton, who has increasingly embraced far-right elements, the exhausted party contested 150 council seats, and according to Democracy Club managed just 0.1% of the total valid votes cast in the local elections.

UKIP fielded its strongest slate in Sunderland, averaging 6.7%. Whilst this was a comparatively strong result for the party this year, it is roughly a quarter of its 2019 vote share (24.4%) in the town. In London, UKIP’s bizarre London mayoral candidate, Peter Gammons, placed 13th (0.6%), beaten by the anti-vaxxer Piers Corbyn (0.8%).

UKIP focused energy on the Welsh Senedd, where it had won seven seats in 2016, but Hamilton, who was defending his seat, received just 507 votes (2.1%) in the Islwyn constituency, dropping 20%. Other candidates in Wales included Dan Morgan and Stan Robinson, the hosts of the far-right broadcast Voice of Wales, and Sebastian Ross, who is also involved in the far-right Polish group KORWiN, but they received appalling votes across the board.

UKIP has splintered since 2016, and whilst the Brexit Party co-opted much of its infrastructure in 2019, this year many ex-UKIP activists stood as local microparties or as independents, gaining a handful of council seats. This includes the former UKIP councillor Daryll Pitcher in the Isle of Wight, who won a seat for the newly-formed Vectis Party, under the slogan: “An Island Party for Island People”.

More significantly, in Rotherham, the Rotherham Democratic Party (RDP), the former UKIP branch which defected to the Brexit Party in 2019, was defending 12 seats and fielded 40 candidates. After a campaign that included inflammatory anti-immigrant propaganda, the group lost three quarters of its councillors, retaining seats in the Greasbrough, Keppel and Rotherham West wards. Meanwhile the Conservatives won 20 new seats in the town.

Notably, a number of familiar former UKIP figures now sit as Conservative councillors. For example, the former head of UKIP’s troublesome youth wing, Jack Duffin, now sits as a Tory councillor in Thurrock (Stanford East and Corringham Town ward), having previously defected to the Thurrock Independents. In Thanet, ex-UKIP councillor Trevor Shonk, who has previously claimed that “the two main parties that have been running this country have made the country racist because of the influx [of immigrants]”, now sits as a Conservative councillor for the Newington ward. These are just a few examples of a broader shift from the radical and far right towards the ruling party.

For Britain, the far-right group headed by the anti-Muslim activist Anne Marie Waters, has also experienced an abysmal failure, likely to widen existing rifts within the bedraggled party.

For Britain won two councillors in 2019, and fielded 60 candidates across the country this year, including at least 10 former BNP figures. However, rather than building on its success, the party failed to surpass 100 votes in 49 of the 60 council seats it contested, with almost half its candidates receiving fewer than 50 votes.

Most crushingly, in its prime target of Hartlepool the party lost its sole defending councillor, Karen King in the De Bruce ward, who was edged into fourth place by the Conservatives by a margin of just 15 votes; Waters herself finished sixth in De Bruce.

The party’s other key target, Epping Forest, where the party is dominated by former BNP figures, also returned disappointing results. Ex-BNP councillor Patricia Richardson polled a decent 18.1% in the Waltham Abbey Honey Lane ward, although a drop from her 2019 vote (23%). Eddy Butler, who was once the electoral “mastermind” of the BNP and now spearheads For Britain’s election strategy, gained a laughable 26 votes (3%) in the Loughton Broadway ward. Meanwhile Julian Leppert, another ex-BNP figure who won a seat in Epping Forest in 2019, received just 302 votes (6.8%) in his bid for an Essex County Council seat. Leppert is now For Britain’s sole district councillor, with his seat not up for election this year.

In the wake of this dismal showing, infighting has already commenced, with potential defections on the horizon.

After Waters, the most high-profile loss on the British far right was Jayda Fransen of the fascist British Freedom Party (BFP), who received 46 votes in Glasgow Southside and a humiliating dressing down from Nicola Sturgeon in her acceptance speech. Fransen had snuck onto the ballot as an Independent, as had her BFP comrade Jim Dowson, the founder of Britain First, who received 0.4% in Airdrie and Shotts. The Holyrood elections were a wipeout for the far right across the board.

The biggest success for the traditional far right came in County Durham, where former BNP activist Pete Molloy won a seat as an independent in the Spennymoor ward, placing second with 930 votes. Notably, Robin Tilbrook of the English Democrats scored 42,831 votes (9.8%) in his run for Essex Police and Crime Commissioner.

In Bradford, James Lewthwaite of the British Democratic Party, a moribund BNP splinter, received 213 votes (6%) in the Wyke ward, almost four times the votes of the competing Reform candidate. Lewthwaite has some residual support, having served as a BNP councillor in Wyke, and received campaign aid from the Yorkshire branch of the fascist Patriotic Alternative, which has thus far failed to register as a political party.

The National Front stood three candidates across Amber Valley, Burnley and Calderdale, none of whom exceeded 3% of the vote. The BNP only managed one in Croydon and one in West Northamptonshire, receiving 55 and 92 votes respectively. Carl Mason, of the divisive British Resistance, received 28 votes in Worcester.

While we should take a moment to congratulate the thousands of people across the country who have worked tirelessly to defeat the far right at the ballot, we cannot be complacent. The results are of course welcome, but also underline the changing nature of the threat in the UK.

Johnson has swept up sections of the radical and far right vote, and in doing so has potentially bolstered an anti-immigrant, socially-regressive bloc within our ruling party, which already has entrenched problems with Islamophobia.

Moreover, in recent years the far right has shifted toward non-electoral forms of activism, hoping to shift inflame tensions through online activism and by publicising anti-migrant stunts. On the extreme fringes, the threat of far-right terrorism remains strong.

While the far right may electorally be on the ropes, the battle against its poisonous ideology and rhetoric continues. As the dust settles, we will produce further analysis on the lessons of the 2021 elections.