A lockdown gig in the name of antifascism 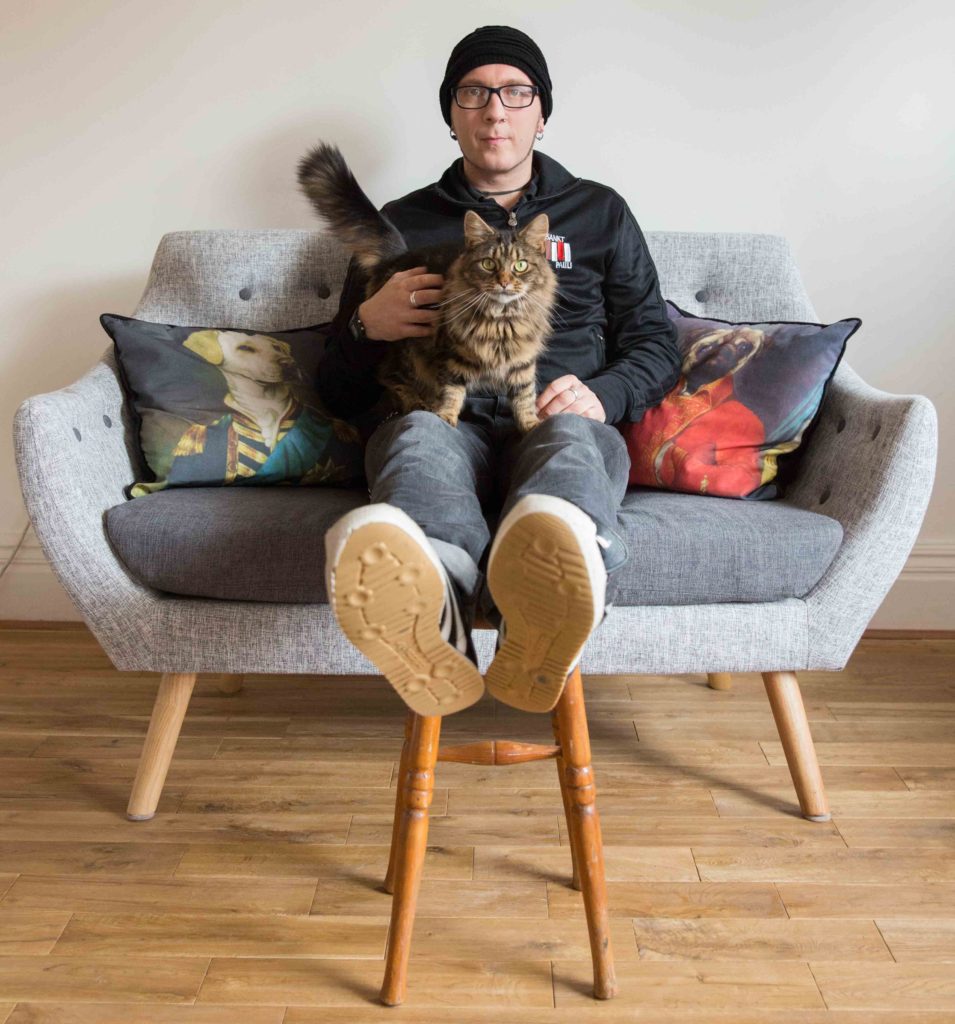 Looking to support HOPE not hate, one artist took his music online to raise money for our work. Nick Spooner reports on how it went.

With the rise of streaming services already decimating physical sales as a major revenue source for most musicians these days, the COVID-19 pandemic hit artists in the pocket again with vital lockdown restrictions and a public health emergency removing live shows in the crack of a snare drum.

Whilst some artists decided to expand merchandise lines as a work-around, many others also tapped into the world of live streaming, with some pumping money into increasingly jaw-dropping performances for their fans and others using their platforms to support causes that might be struggling.

When lockdown was introduced in March last year, Leeds-based Chris Catalyst – who played guitar in gothic post-punk band Sisters of Mercy from 2005 to 2019, and now fronts his own band Eureka Machines – began performing lockdown gigs from his living room every couple of weeks to raise money for charities and campaigns he cared about.

“When this [the pandemic] happened it was like: “what the f*** am I going to do?”, remembers Chris, “because there are no gigs and I’ve spent 15 years of my life on the road. So it just seemed like a good chance to harness the power of the internet, especially because I’m fortunate to have a very small but very kind following.”

And Chris’s loyal fanbase have stepped up time and again throughout the pandemic to support him and the causes he’d chosen to back. “I didn’t want to price anyone out, so I thought I’d do it for free but I’d split any donations half and half with a charity or campaign.’ This proved to be a very popular proposition.

Such has been his dedication to his craft, Chris can hardly remember a time when he wasn’t playing music or being in a band. And doing so not only opened the door to a world of musical possibilities, but also introduced him to more people from different backgrounds to his own.

“Getting into rock music you meet more diverse people,” says Chris with a smile, before telling us how he became increasingly politically aware and active as he got older. “I think it’s good to stand up for those with less privilege than yourself, and it’s a good thing to try and highlight and then iron out inequalities in society.” We couldn’t agree more.

With music venues around the country opening their doors once again, Chris has called time on the live streams for now. On this, his 20th and final stream, Chris raised £400 for HOPE not hate; a tremendous achievement for which we at HOPE not hate are all very grateful.

Thanks for your support Chris, and all the best for the future!