Lilian Thuram: France’s anti-racism pioneer on and off the pitch 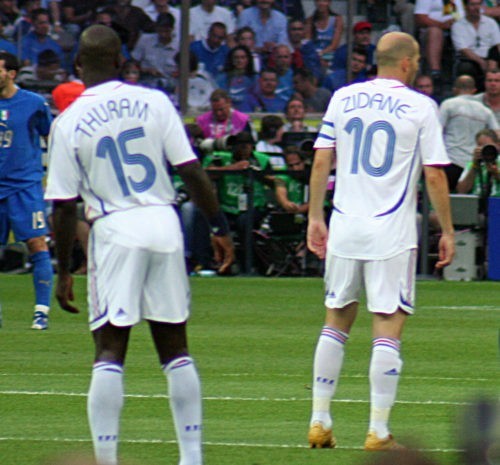 Tom Williams on the French defender who led the way in battling racism in French football.

It was during a fateful friendly match between the national teams of France and Algeria in October 2001 that Lilian Thuram (who would go on to become the most capped player in France) gave the world its first indication that he possessed a more keenly developed sense of social justice than the average footballer.

The highly charged fixture, the first between the teams since Algeria gained independence from France in 1962, took place less than a month after the September 11 terror attacks in the United States. Before kick-off at the Stade de France in the northern Paris suburb of Saint-Denis, the French national anthem La Marseillaise was loudly jeered by the thousands of Algeria supporters. With 12 minutes of the match remaining, and France leading 4-1, the tension finally told when dozens of spectators flooded onto the pitch, causing the game to be abandoned.

“With everything that’s happening in the world today, with the hope that these two countries had to get closer to each other…” he fumed afterwards. “And then he, and the others, screwed everything up.”

As players from both sides scurried for the sanctuary of the tunnel, television pictures captured French defender Thuram angrily remonstrating with a young black pitch invader dressed in a grey pullover and beige trousers who had gaily charged onto the playing surface with a group of friends. But Thuram was not simply annoyed that the match had been interrupted. He was worried about the message that would be sent to the wider world.

Seven years later, French football magazine So Foot reunited Thuram with the pitch invader, a second-generation Senegalese immigrant called Mamadou Ndiaye, who had been 17 when they fleetingly met on the Stade de France pitch. So what exactly had Thuram said to him, Ndiaye was asked. He remembered Thuram’s words clearly:

“What you’re doing is wrong! You’re showing a bad image of yourself to the racists, to the people watching on TV. They’ll be very happy to have another stick to hit you with. Do you realise what you’re doing?”

Thuram’s strong sense of right and wrong has not diminished over the two decades since that night, and he has not stopped asking provocative questions.

When he retired as a player in 2008, Thuram’s footballing legacy was secure. He was one of the iconic members of the France team that had won the country’s first World Cup on home soil in 1998, notably scoring the two goals against Croatia in the semi-finals (the only goals of his record-breaking 142-cap international career) that had taken Les Bleus into the final.

He had also won the European Championship with France in 2000, had reached a second World Cup final in 2006 and had represented leading European clubs Monaco, Parma, Juventus and Barcelona with distinction. But he wasn’t finished with achieving.

Known by the slogan black-blanc-beur (‘black-white-Arab’), France’s 1998 World Cup winners shared roots that stretched to all four corners of the country’s former colonial empire. Star player Zinédine Zidane, scorer of two goals headed in during the final against Brazil, was born in France to parents from Algeria. Midfielder Patrick Vieira was born in the Senegalese capital Dakar, while centre-back Marcel Desailly came from the Ghanaian capital Accra.

There were also players with roots in French Guiana, New Caledonia and the French Antilles. The team’s triumph and the huge countrywide celebrations it prompted seemed to offer the possibility of a new era of inter-racial harmony, but the events of the following years – from the 2005 riots in the suburbs of several French cities to troubling political gains by France’s far right – exposed the naivety of that hope.

Thuram set up his own foundation in 2008 – the Lilian Thuram Foundation – in order to educate people about racism, and he has devoted his life to the cause ever since, touring France and the world to speak at schools, colleges and conferences about the dangers of allowing discriminatory attitudes to go unchallenged. He has written books, curated exhibitions and worked with an endless list of French government agencies and non-profit organisations. A UNICEF goodwill ambassador, he was made an Officer of the Legion of Honour – one of France’s highest civilian honours – in 2013.

Thuram first encountered racism as a child after leaving his native Guadeloupe in September 1981 to join his mother, Mariana, who had moved to mainland France a year earlier to work as a cleaning lady. Thuram was nine-years-old when he and his brothers and sisters arrived in France from their Caribbean home and his early experiences in the school classroom cut him to the core.

“What struck me when I arrived was that some of my classmates judged me because of my skin colour,” he told British football journalist Matthew Spiro in the book Sacré Bleu. “They made me believe my skin colour was inferior to theirs and that being white was better. These were nine-year-old kids. They weren’t born racist, but they’d already developed a superiority complex. From that moment I started to ask myself questions: ‘Why are they teasing me? Where does this come from?’ My mother couldn’t provide me with answers. For her this was just the way it was. There are racists and it won’t change.” He has described his campaigning as a way of trying to make sure that “other children don’t suffer the same thing”.

The fact that Thuram remains a powerful voice within French football is both a sign of his tireless commitment to racial justice and an indication that black and minority ethnic players continue to experience the same discrimination to which he was first subjected in the early 1980s. In April 2019, Amiens captain Prince Gouano was targeted by monkey chants from a rival supporter during a French league game against Dijon. In September 2020, a stormy fixture between arch rivals Paris Saint-Germain and Marseille culminated in accusations of racism against both sides, but no sanctions were issued.

Meanwhile, earlier this year Saint-Étienne forward Denis Bouanga and Nantes midfielder Imran Louza spoke out about the pain they had felt after receiving racist messages on social media. And yet, remarkably, in a television interview last autumn, Noël Le Graët, the long-serving 79-year-old president of the French Football Federation, declared that “racism in football doesn’t exist or barely exists”. His remarks were met with stupor in France and Thuram was quick to respond.

“Noël Le Graët is anything but naïve,” he said during an interview with Québécois radio station QUB Radio. “He’s coming from a standpoint where he’s the president of the federation and he wants to protect football. But when I love someone, I prefer to tell the truth.

“I love football, but there is racism in French football. And it’s the racism that there is in French society. We can always deceive ourselves and lie to ourselves: [but] we live in societies where, depending on the colour of your skin, you don’t experience the public space in the same way.”

Thuram’s uncompromising approach has occasionally put noses out of joint. His former France team-mate Christophe Dugarry, a fellow member of the 1998 World Cup squad, once told him to “stop giving everyone lessons”. After Thuram criticised Patrice Evra over his role in the off-pitch turmoil that plagued France’s campaign at the 2010 World Cup in South Africa, the former Manchester United defender accused him of behaving as if he was Malcolm X. But if older players have occasionally exhibited wariness – if not outright hostility – towards Thuram’s activism, the willingness of present-day footballers such as Marcus Rashford and Raheem Sterling to publicly call out racism suggests that the sport is finally coming round to his way of thinking.

Thuram has two sons, Marcus (named after the Jamaican civil rights leader Marcus Garvey) and Khéphren, both of whom are professional footballers. Last year, in a sign that the apple did not fall far from the tree, Marcus Thuram became the first high-profile footballer to take a knee following the killing of George Floyd, adopting the pose after scoring for Borussia Mönchengladbach in a German league match against Union Berlin. “Together is how we move forward,” Thuram Jnr wrote on Instagram beneath a photograph of himself kneeling, head bowed, on the Borussia-Park turf. “Together is how we make a change.”

The gesture, which echoed NFL player Colin Kaepernick’s protests against racism and police brutality in the United States, has since been taken up by footballers around the world, not least in the globally popular English Premier League, where players dropped to one knee before kick-off in all 380 games of the 2020-21 season.

Forty years after he first encountered racism in a French classroom, 20 years after his run-in with the Stade de France pitch invader, Lilian Thuram’s message is resonating more loudly than ever. 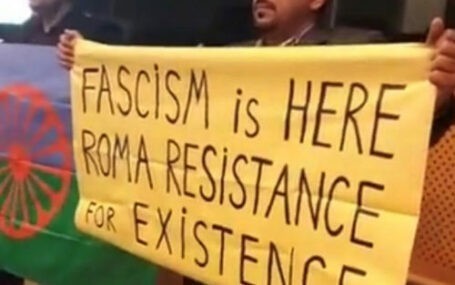 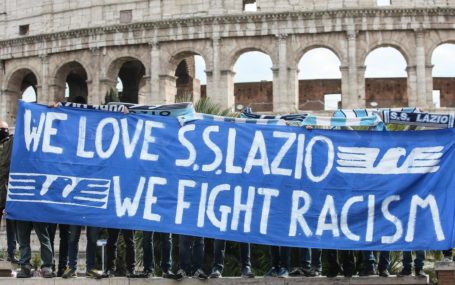