Speaking to Labour about cohesion after Covid 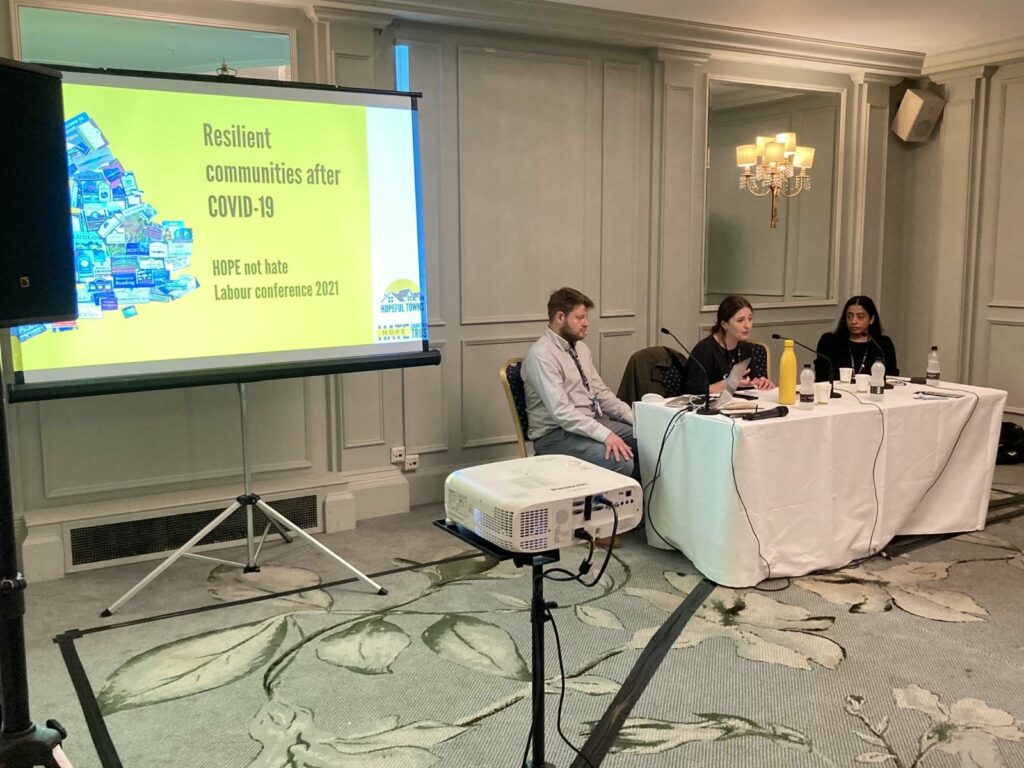 At the weekend we presented early findings from our forthcoming report, ‘Resilient Communities after Covid’, to a Labour fringe event. It was potentially a tough slot – 10am on the morning after the first night of Conference! – so we were delighted with the high turnout.

We were joined, on the panel for the event, by Arooj Shah, the Leader of Oldham Council, and by Luton South MP Rachel Hopkins.

Arooj has seen the effect on community resilience at a personal level, facing down some really unpleasant racism in her community. She described the impact of Covid on cohesion in Oldham, with Islamophobia and misinformation gaining traction under the cover of lockdown.

In Luton, meanwhile, Rachel highlighted issues we have come across elsewhere in our research, to do with the national response to the pandemic creating tensions between areas. These were especially pronounced in cases where the highest infection rates occurred in the most diverse areas.

Our research identifies 52 authorities in the UK where the pandemic could create particular pressures on communities. These are places where the short-term impact was most acute, but also where attitudes to migration were less positive and where the local economy was already quite fragile.

The list of council areas identified includes diverse towns like Oldham and Luton, but also some quite different types of place – where the tourist industry has been hit hard. There is an even split of Labour and Tory held authorities. But only seven of the council areas in question could plausibly be defined as ‘Red Wall’.

The discussion at the weekend was really stimulating, letting us hear from Labour Councillors and members about how community resilience has been altered by the pandemic in their areas.

Chris Clarke is a Policy Researcher at HOPE not hate.