The Edinburgh Disco Lovers are “partying for a purpose” 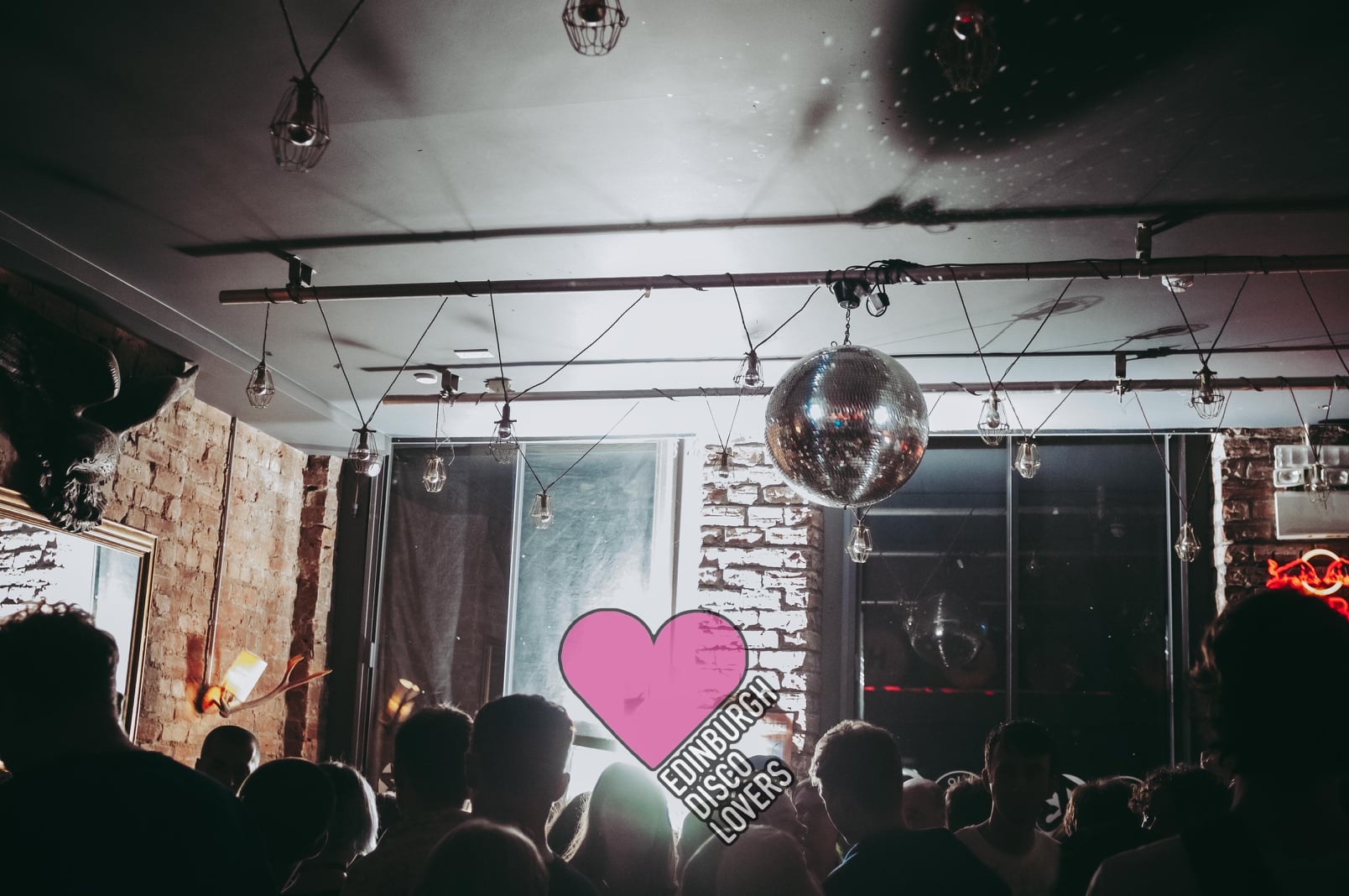 The Edinburgh Disco Lovers have been “partying for a purpose” since 2017, raising funds for charities and campaigning organisations and building community at their popular nights in the city. In October, the group put on a night to raise money for HOPE not hate, Nick Spooner sat down with Fraser, Jack & Stephen to hear all about it.

A sibling of the English Disco Lovers, a community of anti-racist activists and party enthusiasts dotted along the south coast, especially in Exeter and Brighton, the Edinburgh Disco Lovers was established by Fraser, Jack and Stephen back in 2017.

Connecting with the notion of ‘partying for a purpose’ as well as the far more diverse crowds drawn to English Disco Lovers’ nights, Fraser, who went to university on the south coast, was keen to see whether the concept could work back home. And heading back north of the border, the Edinburgh Disco Lovers (“we’re pretty fortunate that Edinburgh also begins with an ‘E!’”, quips Fraser”) have worked hard within the competitive and thriving nightlife that exists in the city, in order to create an event with a distinct identity.

Seeking to build links between the student and non-student residents of the Scottish capital, as well as championing DJ sets from minority and under-represented groups, the Edinburgh Disco Lovers have used their years of experience to build an inclusive, diverse community of party-goers celebrating the city’s diversity. And despite well-documented destructive impact of COVID-19 on UK nightlife, thankfully such is the distinct identity and inclusive atmosphere that the group has created since its inception, the Edinburgh Disco Lovers have managed to pick up from when the pandemic cut normal life short.

“It’s been nice to be back for sure”, says Stephen, as the group reflects on the 2 packed events they put on in the space of a week. The first was the Edinburgh Disco Lovers’ 4th birthday event, for which they went all out. Expanding their blueprint onto a bigger stage, Fraser, Jack and Stephen spread the fun across multiple rooms featuring a diverse line-up of DJs which was reflected in the crowd; with people from communities across the city coming together for a good time.

And then the following week was the HOPE not hate fundraiser at Sneaky Pete’s, which “was rammed right from the start”, said Jack, with the group delighted to see familiar faces who attended the 4th birthday event 7 days previously. Playing feel-good disco all evening to an enthusiastic crowd packed into the venue right in Edinburgh Old Town, the Edinburgh Disco Lovers raised over £1,000 for HOPE not hate; a truly fantastic achievement.

Having previously raised money for the likes of LGBT Youth Scotland, Shelter, Scottish Association For Mental Health, Mary’s Meals, Road To Freedom, The Welcoming and Help Refugees, and with a compilation released on Monday 25th October in aid of the Joshua Nolan Foundation, the Edinburgh Disco Lovers are embodying, emphatically, the notion of ‘partying for a purpose’ and are a true force for good in society. They deserve your support.

Our huge thanks to, and solidarity with, the Edinburgh Disco Lovers. We encourage our supporters to head to one of their events if you get the opportunity.