Guest Blog: ‘We need to talk about the Nationality and Borders Bill’ 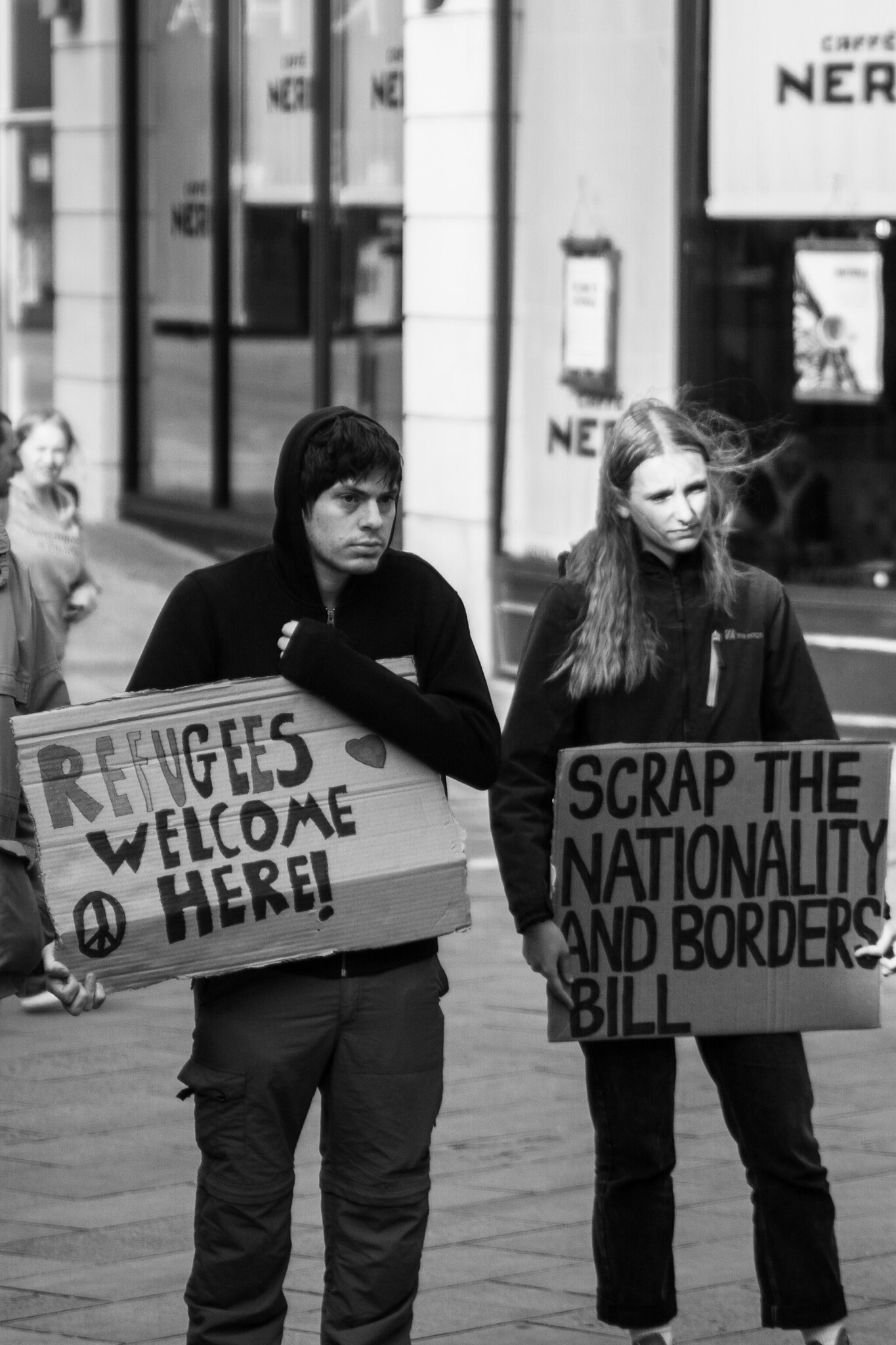 HOPE not hate supporter Joe McDonald tells us why we should all be speaking up against this new piece of government legislation (Photo Credit: Roo Pitt).

Last month, I organised a protest against one of the most abhorrent pieces of xenophobic legislation witnessed by my generation. Although the protest had a brilliant turnout, in the grand scheme of things I still do not believe that this Bill is getting enough national attention.

In July, Priti Patel introduced the ‘Nationality and Borders Bill’. In short, the Bill would make it much harder for refugees who arrive in the UK irregularly to claim asylum. And, through a two-tier system, it will penalise those who are fleeing some of the worst situations if they enter via “unauthorised” routes.

The Bill will also grant more powers to authorities to deter not only those trying to cross the dangerous English Channel, but also those who try to help and rescue them.

This Bill has many critics. The UNHCR has argued that it ‘undermines established international refugee protection rules and practices’, whilst the independent Joint Council for the Welfare of Immigrants (JCWI) stated that it is ‘inhumane and farcical’. It targets refugees who are fleeing violence, persecution, repression and the effects of climate breakdown, meaning it may very well indirectly discriminate against people on the basis of nationality and race.

Whilst opposition parties voted overwhelmingly against this Bill, it has still managed  to pass through the House of Commons, and it awaits a third reading.

An Ipsos Mori poll conducted this year showed that most people in Britain have sympathy for those who are crossing the English Channel, indicating that this Bill is out of touch, and panders to a loud, xenophobic minority.

This Bill must be scrapped, and the UK should instead offer a clear, safe passage for those who attempt to cross the English Channel. Once they arrive here, they should be treated with compassion and decency, with no risk of human rights violations. The UK is one of the richest countries in the world, with thousands of homes that have been empty for over 10 years, and we have a legal and moral obligation to protect vulnerable people who come here as refugees.

Although it seems as though we will face a period of hatred against refugees, the worst thing that activists could do is lose hope. I formerly had prejudiced views until 2017. Then I went on an amazing journey in education, learning to actually listen to others and understanding that I should stand up for equality, defending anyone suffering from discrimination.

I hope this can reach those who are losing hope, and those who might have the prejudiced views that I once held years ago, because if our government continues down this road, the result will be lethal for so many refugees who are trying to find sanctuary.

Join the fight against the Government’s anti-refugee Bill.