I was the victim of sustained, targeted harassment from racists. This is my story. 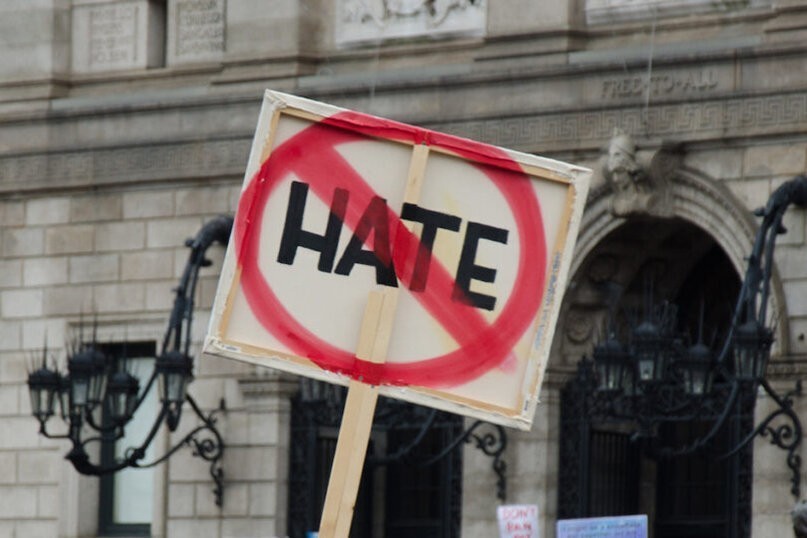 CW: this article contains content that some readers may find upsetting.

I grew up in Southeast London during the 70’s, in the heyday of the National Front. I was racially abused on my daily walk to and from primary school, on public transport to and from secondary school, whilst out shopping and even in my own front garden.

Two years ago I moved to a remote part of Scotland. Whilst there, I suffered daily attacks, abuse and intimidation from racists over the course of a year on account of me being of Indian heritage. Whilst I knew these attacks were primarily racially motivated, being female, the added threat of sexual violence was also constant.

With no support from the authorities, I faced this situation alone.

Coping in this environment was extremely hard, sometimes impossibly so, but I followed some basic principles to keep myself safe. I never engaged the suspects, I had to keep it simple and focus on my own personal safety, and I knew I had to make sure I didn’t fall apart psychologically. I armed myself with a rape alarm and my phone, one in each hand, 999 dialed and at the ready. And I made sure both were visible, so that the suspects knew I was ‘aware’ from the moment I left the house.

I also read up on stalking traits, checking out the works of two eminent thinkers on the topic, even contacting one of them for his advice. I emailed him out of desperation, asking him if I was doing something wrong, but he could only really tell me that stalking could go on for years and that the victims should never blame themselves. In the end, of all things it was the FBI’s website that offered me the kind of practical advice I was looking for as a victim.

After each incident (and there were many, many incidents) I rang the police, looking for help and support. They were appalling. If I got lucky, all I was given was a number for Victim Support Scotland. If I didn’t, I got officers who didn’t know what they were doing or were openly hostile. Sadly, Victim Support Scotland was not much help. Their contact was sporadic and all they offered, again if I was lucky, was a rape alarm or an alarm for my door. They did offer someone to attend Court with me, but on the first appearance no one showed up due to internal communication failures at Victim Support Scotland.

The intimidation and fear tactics were organised and relentless.

The intimidation and fear tactics were organised and relentless. I was followed on foot and by car, and there were so many different people taking part that every time I rang the police I had a different description, no CCTV and no witnesses standing beside me.

And then I read HNH’s report into the white nationalist group Patriotic Alternative, where Mark Collett talks about breaking people and pushing them to kill themselves. And I see now that this was exactly the intention of those who targeted me.

It was so extreme and so sustained that I still get flashbacks. To say it was horrific would be an understatement. But I’m grateful to HNH’s reports, like the one into Patriotic Alternative, because they help victims like me make sense of the unfathomable, and to put it into a wider context. To me, that straightforward  knowledge saves lives.

The Police don’t offer this kind of intelligence to victims. As far as my experiences were concerned, they offered me very little at all and time and again I was not taken seriously. The content of these reports emphasise that anyone suffering what I went through should be taken seriously. They raise awareness, they are informative and they shine a light on the dark places where the extremists hide.

Like a good proportion of the general public, I thought that the far right had gone ‘underground’. My experiences demonstrate that that couldn’t be further from the truth.

Whilst my story is undeniably a disturbing one, it is reassuring to know that organisations like HOPE not hate exist; it gives me a sense of optimism for the future.

Jane* now lives safely and happily in London. We at HOPE not hate would like to thank her for coming to us to share her story.

A representative from Victim Support Scotland said the following: ‘​​Victim Support Scotland provides services to everyone in the aftermath of crime through practical and emotional support.  Our support teams are available in the courts and also within the community through our offices throughout Scotland as well as through our free and confidential helpline and webchat facility on our website. We aim to provide services centred on the specific needs of people that have come through crime, and aim to constantly improve our service offering based on feedback.’